Maguire in the hot seat for Hellyer Rally win

Eddie Maguire has won the opening round of the 2020 Tasmanian Rally Championship after taking out the Hellyer Sprint Rally. Maguire was at the wheel of his Mitsubishi Lancer Evo 9 and won by over two minutes, but it wasn't all plain sailing. Both he and Craig Brooks (Subaru) went off the road on the same corner on stage one, taking out some trees. Maguire was able to recover though, and went on to record victory over another Mitsubishi Lancer Evo 9, driven by veteran Jamie Vandenberg. 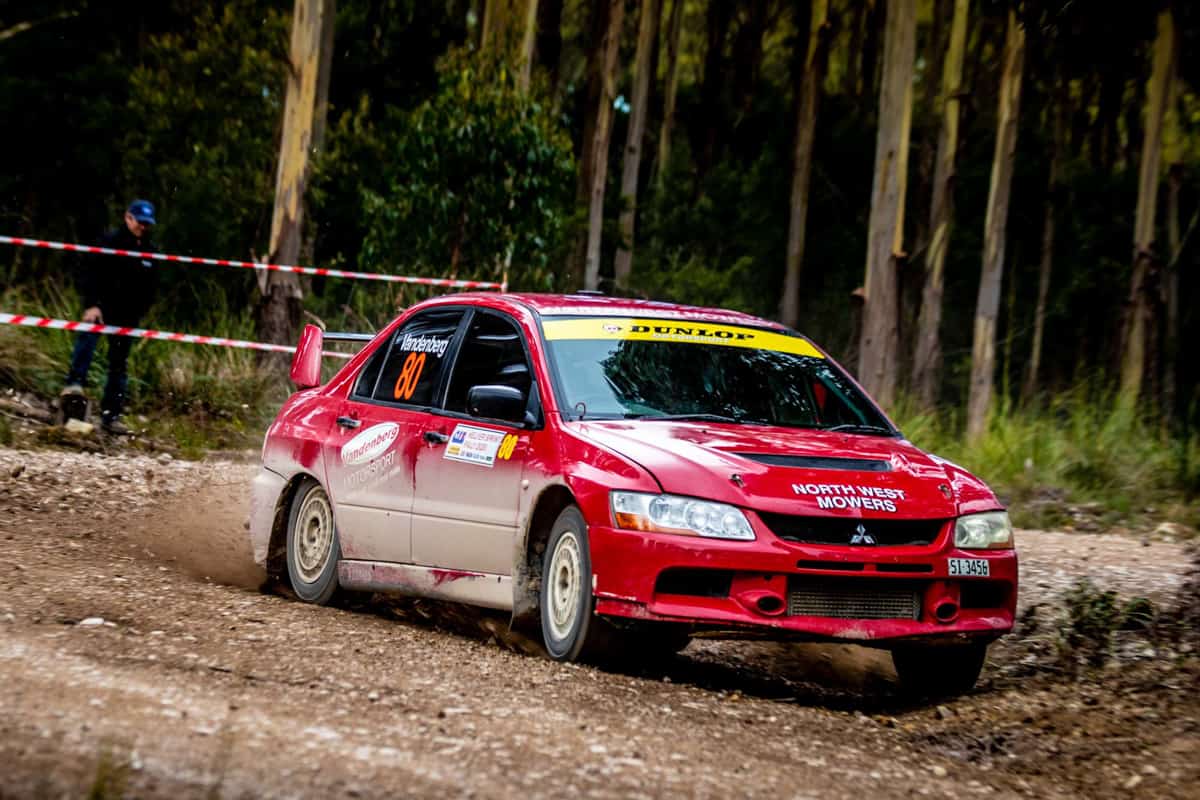 Jamie Vandenberg was back in action in his Lancer Evo 9, and took second place. Photo: Angryman Photography

The podium was completed by Nick Grave in a Subaru WRX Spec C, a further 45 seconds behind Vandenberg. Competing in his first rally in a decade, Byron Murfet came home in fourth place in a Lancer Evo 5. Murfet had been in third place until a last stage puncture cost him over a minute. Marcus Walkem left his Hyundai i20 R5 in the shed and drove a borrowed Subaru Impreza RS (the non-turbo version) to finish in fifth place. Brodie Reading was second in the rally after stage one in his Subaru, but retired on stage six after snapping the right rear hub. 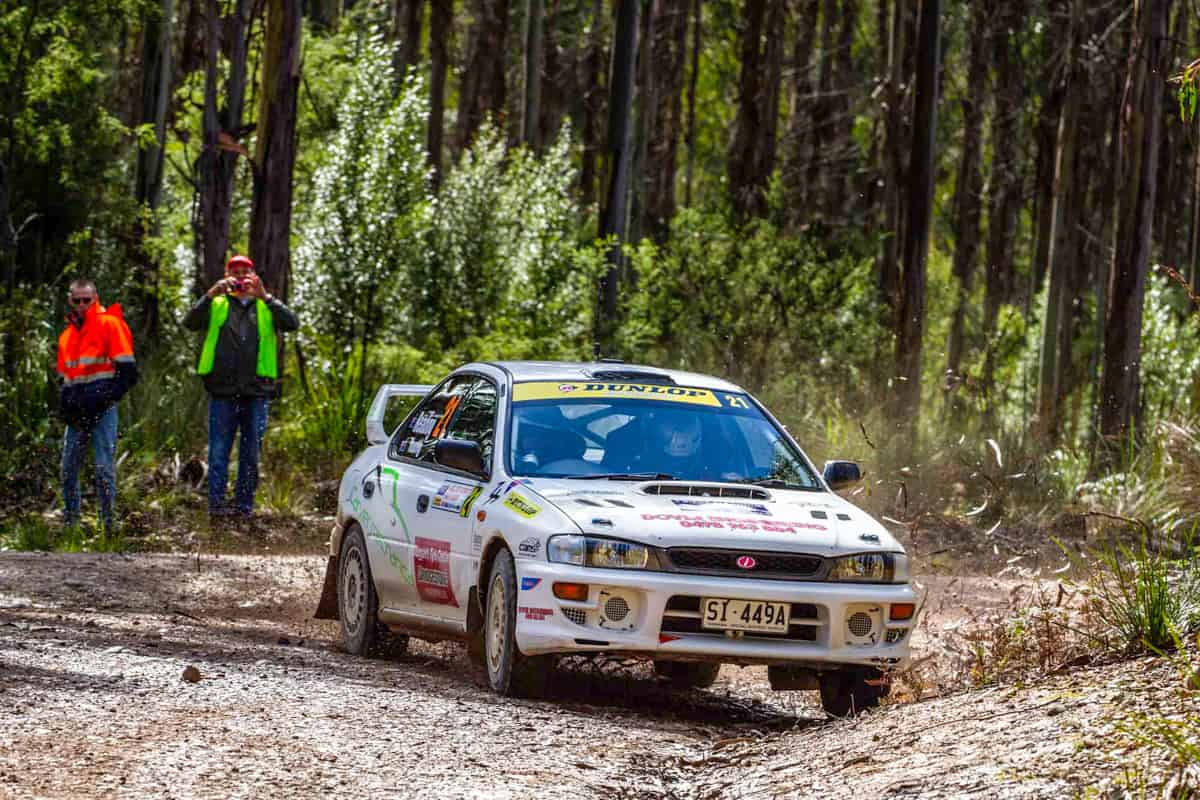 Brodie Reading was second on the first stage, but would retire with suspension failure. Photo: Angryman Photography

After his stage indiscretion, Brooks would eventually retire his ex-Molly Taylor Subaru with mechanical issues. Aidan Peterson, son of former Australian Formula 2 Rally Champion Lee, set some very good times in his dad's Nissan Sunny GTI until the alternator died. Nathan Newton won the 2WD class in his Datsun Skyline GT, despite finishing the rally with no fifth or reverse gears. Eight of the original 24 starters failed to make it to the finish. CLICK HERE for the full Hellyer Sprint Rally results. 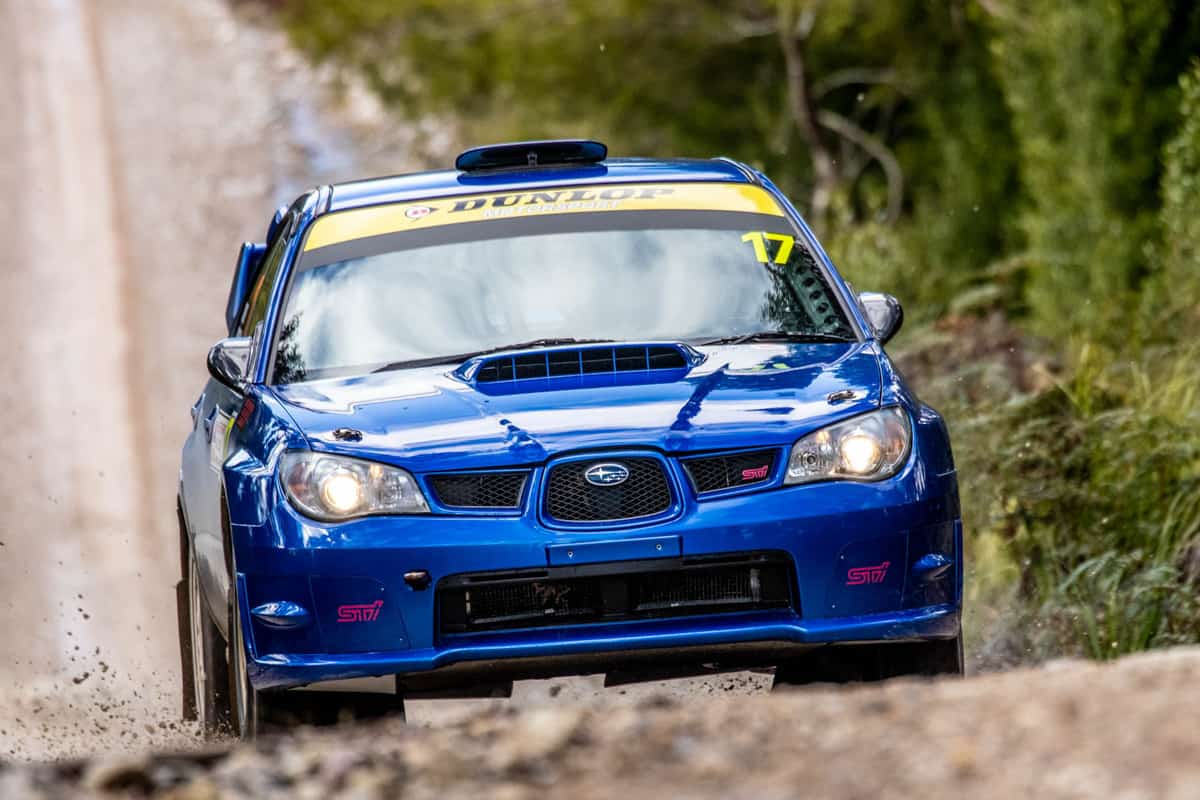 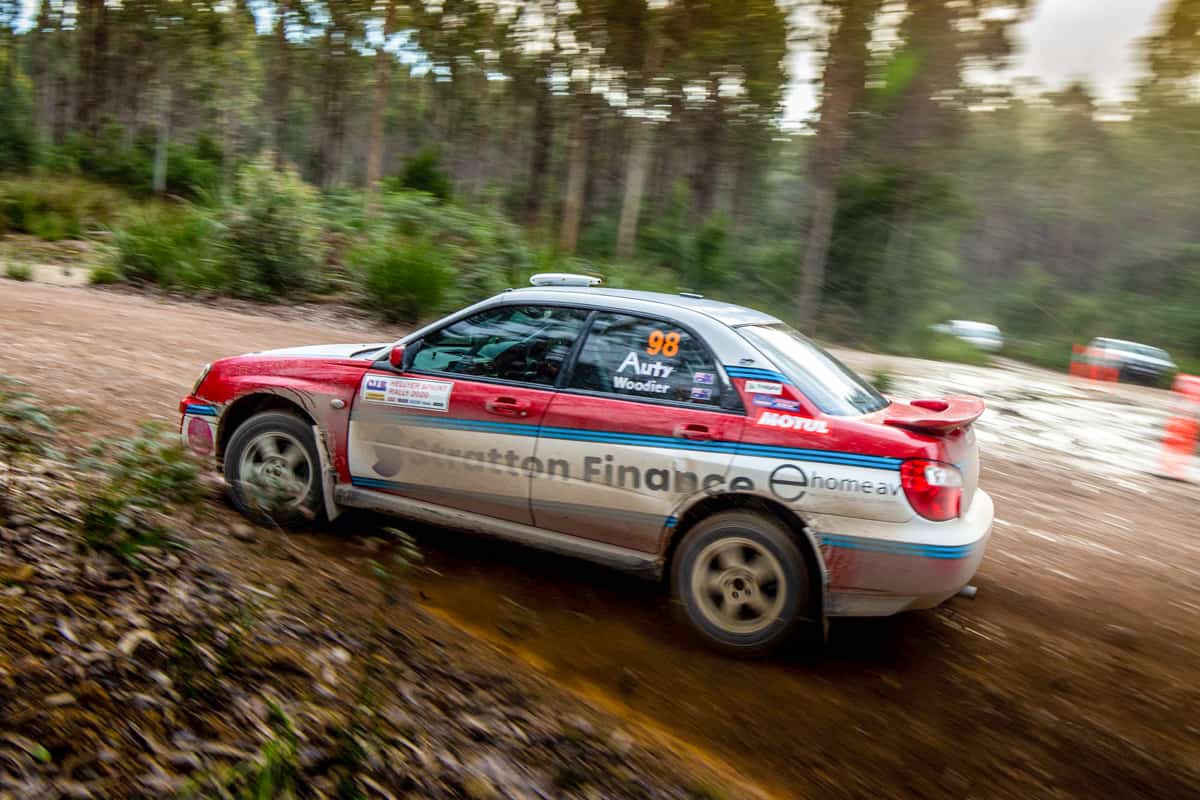 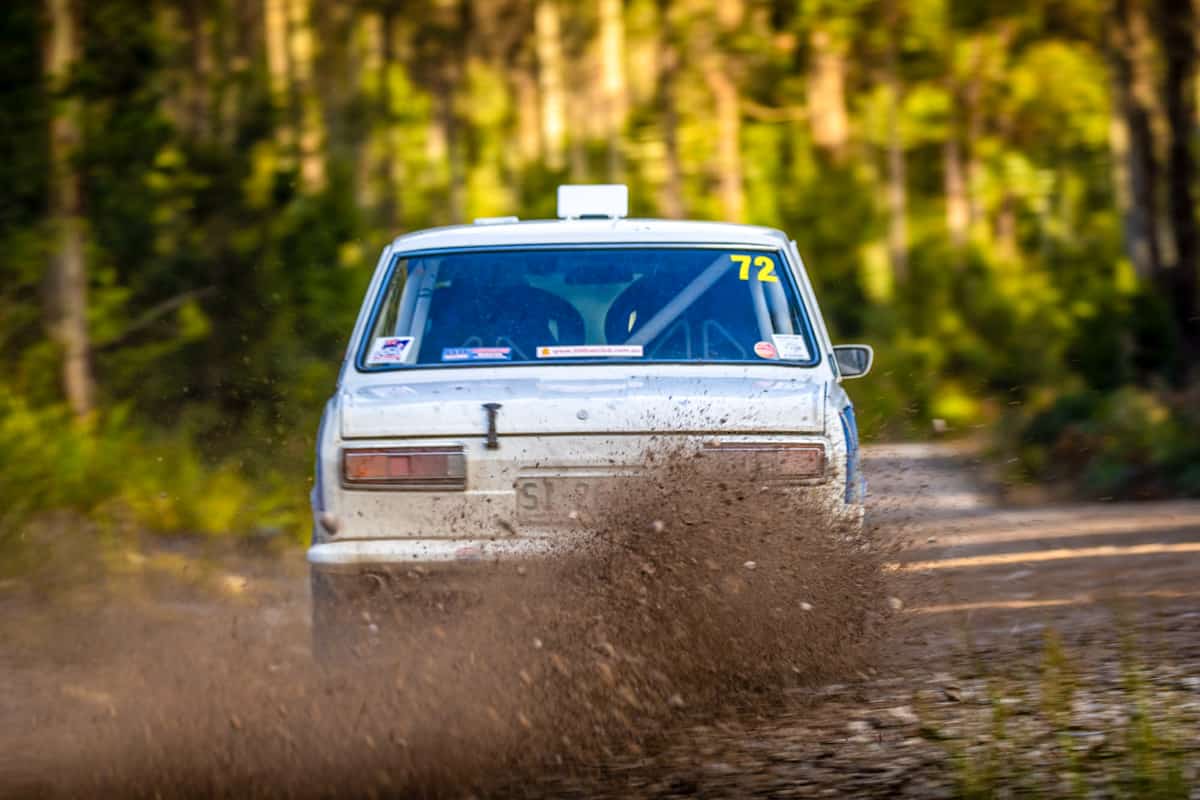 Mark Kyle kicks up the dust in his Datsun 1600. Photo: Angryman Photography 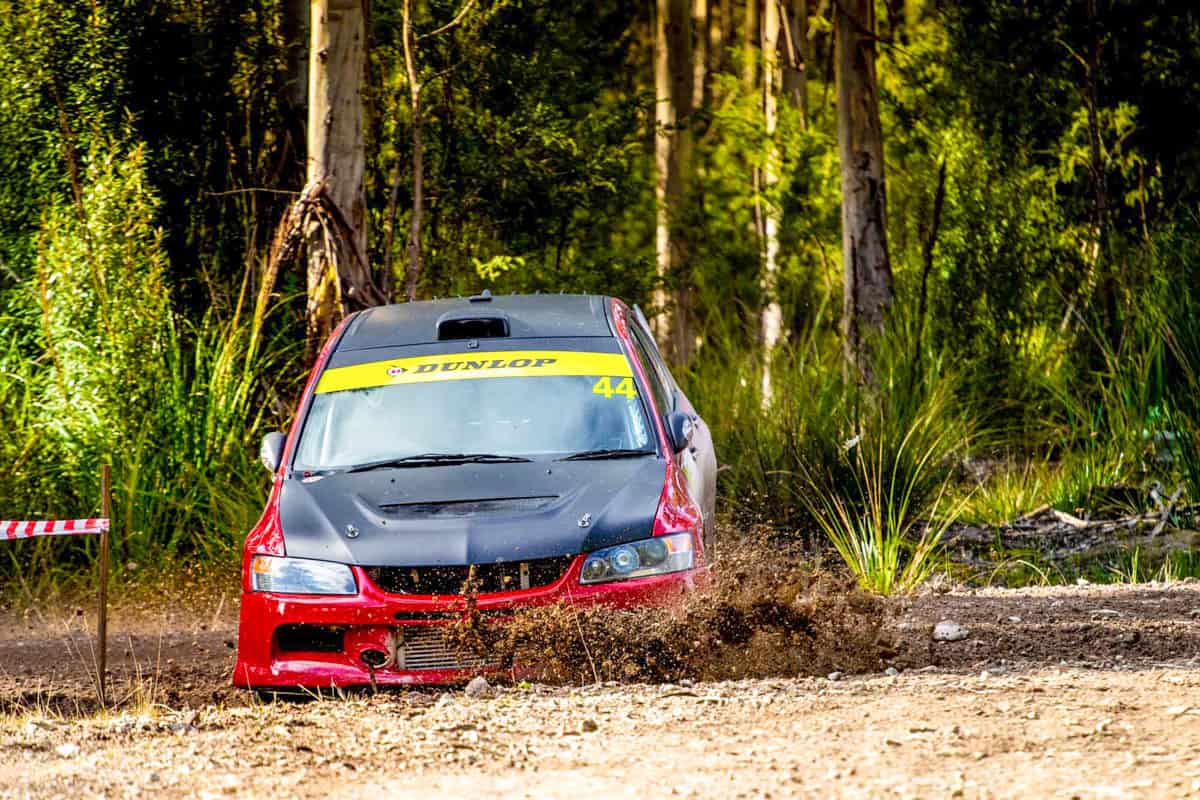 Eddie Maguire had to work for his victory in the Hellyer Rally. Photo: Angryman Photography 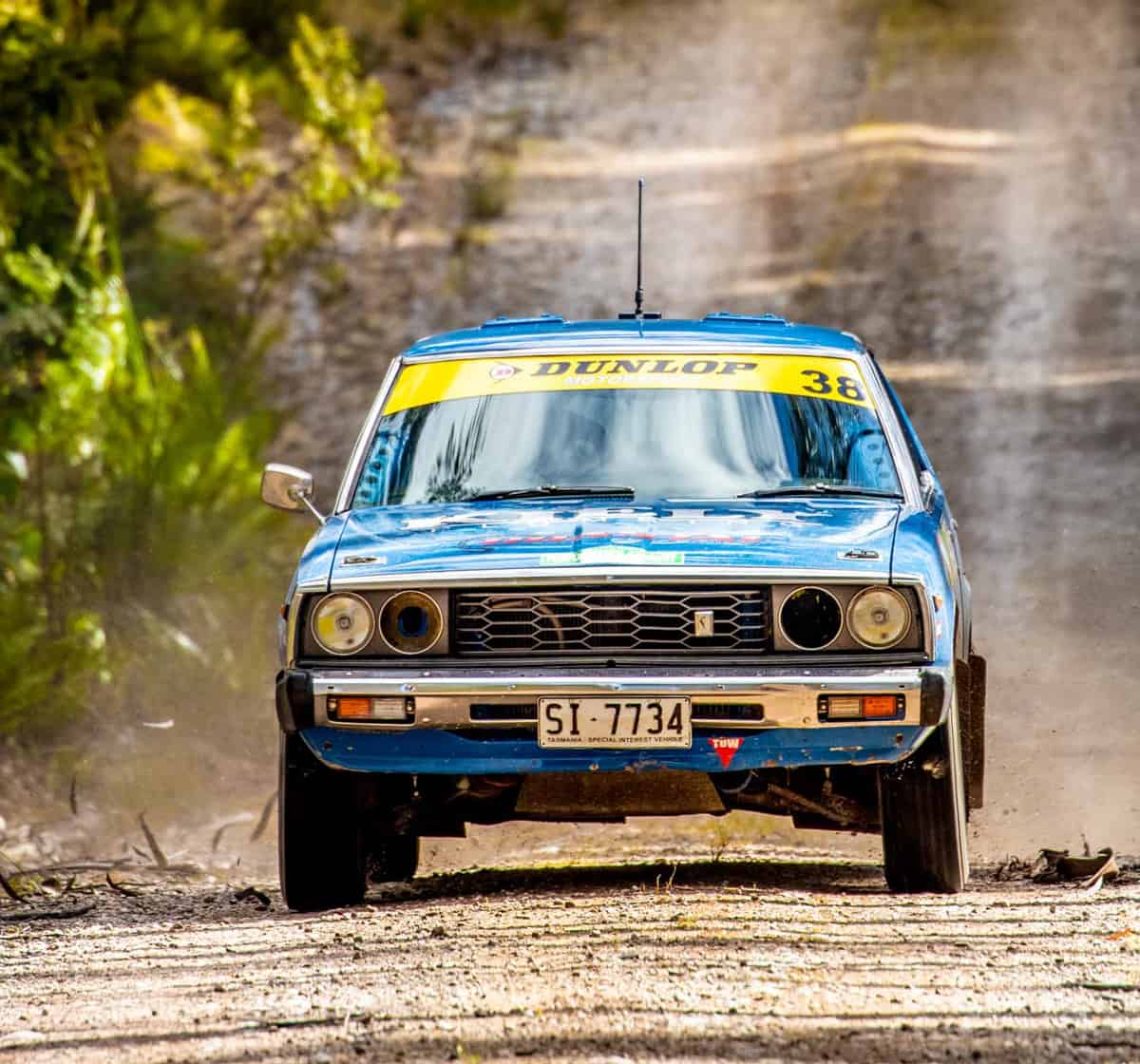