Neal Bates has shown that he still has a few tricks up his sleeve by taking victory in Saturday's Blue Range Rallysprint near Canberra. Driving his classic Toyota Celica RA40, Bates had Anthony Caldwell calling the corners as he drove to a dominant 28 second victory over the event's 10 stages. The four-time Australian Rally Champion was pushed hard early by Andrew Penney and Chris Higgs, but showed his class as the day went on to extend his lead. Run by the Light Car Club of Canberra, the rallysprint was held in dry and dusty conditions. 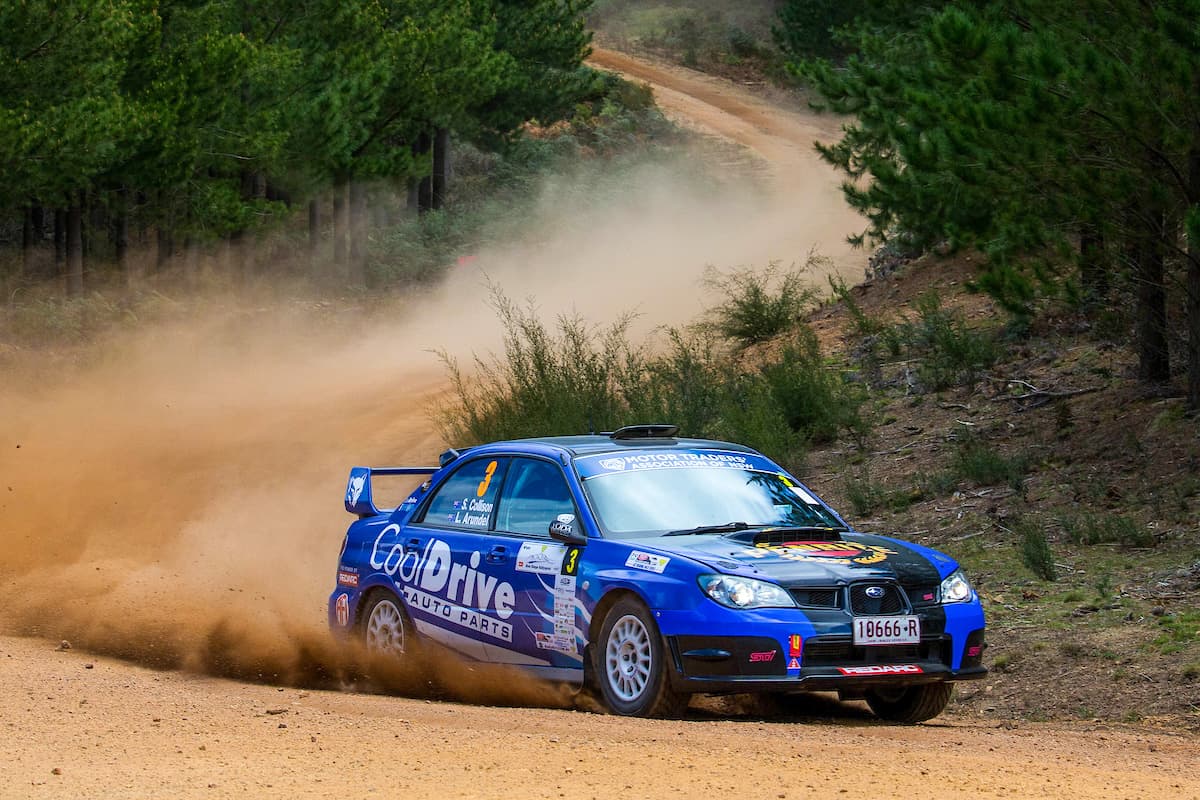 Subaru Impreza WRXs took second and third placings, with Andrew Penny and Jaclyn Sharkey second, a minute and a half clear of Stuart Mollison and Lance Arundel. A star drive came from Micke Behnke and Ellie Yates who finished fourth outright, and second two-wheel drive car home, in their front-wheel drive Honda Civic. Russell Winks and Steve Hodgkin rounded out the top five in their Mitsubishi Lancer Evo. Twenty-four cars entered the event, with eight retirements on the day, including Peter Dimmock in a Ford Fiesta, and Chris Higgs in a Mitsubishi Lancer. 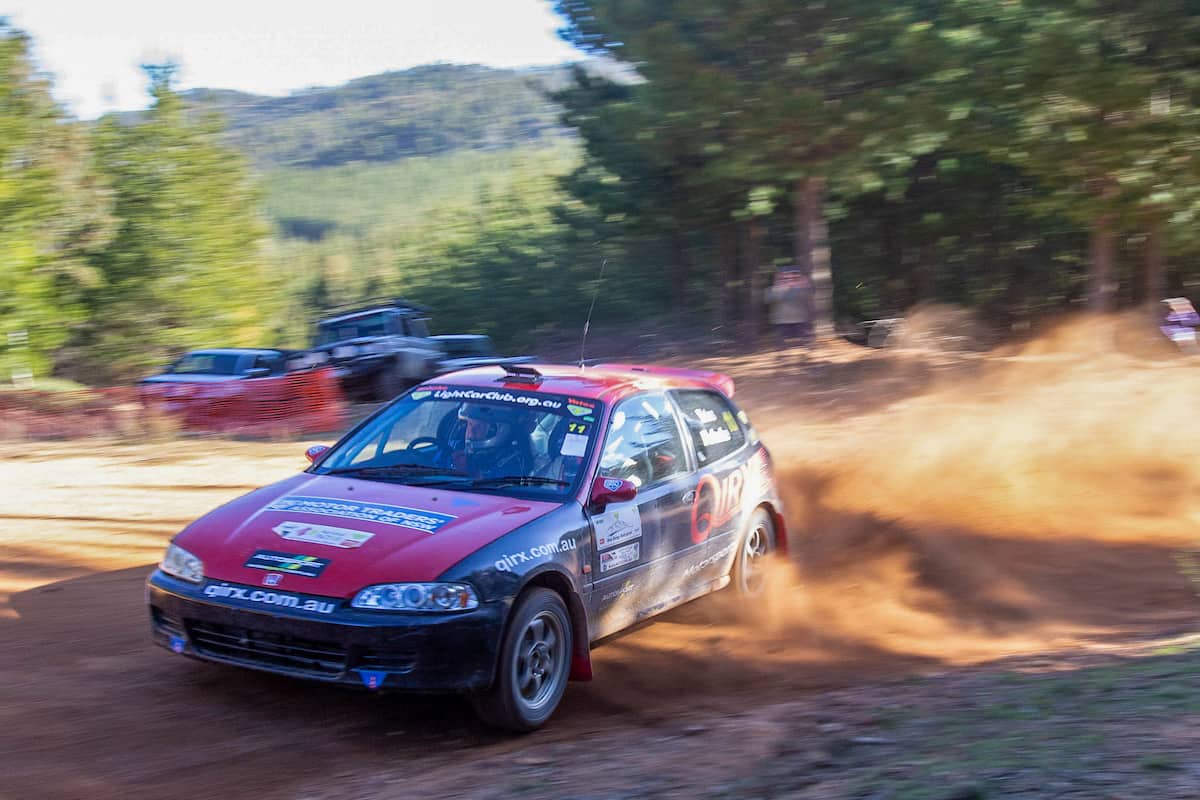 "It was a great day in the forest and we thank every competitor who supported our event, even with COVID restrictions," event officials said. "A huge thank you to our wonderful volunteers, many of them brand new, who helped all day with a smile on their faces. We hope to see you back as you did an amazing job." CLICK HERE for full results from the Blue Range Rallysprint. 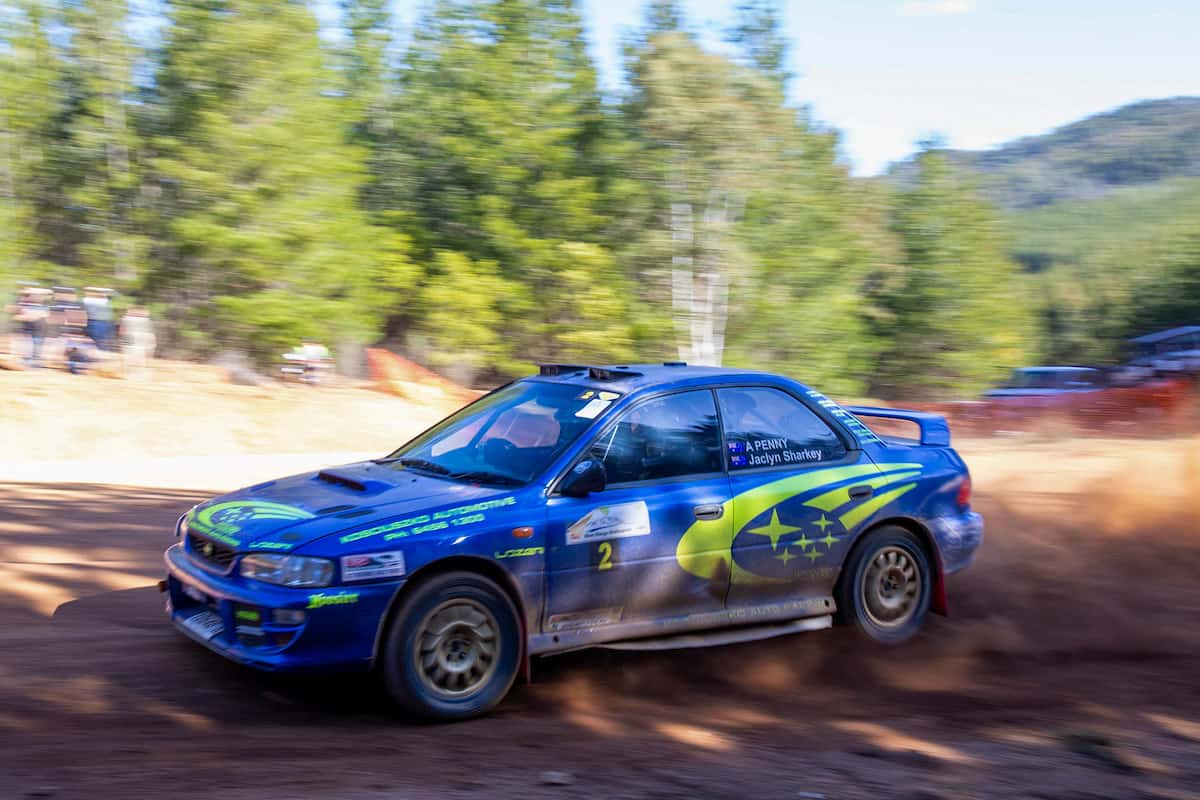 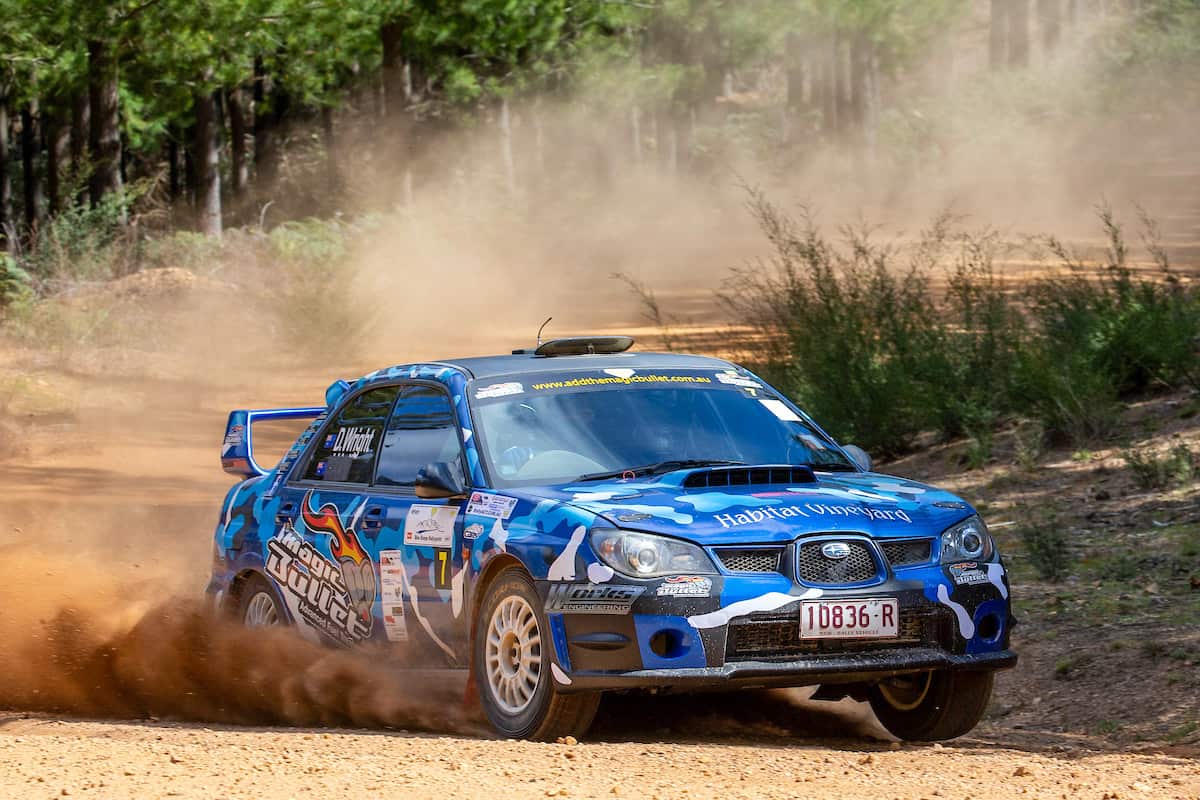 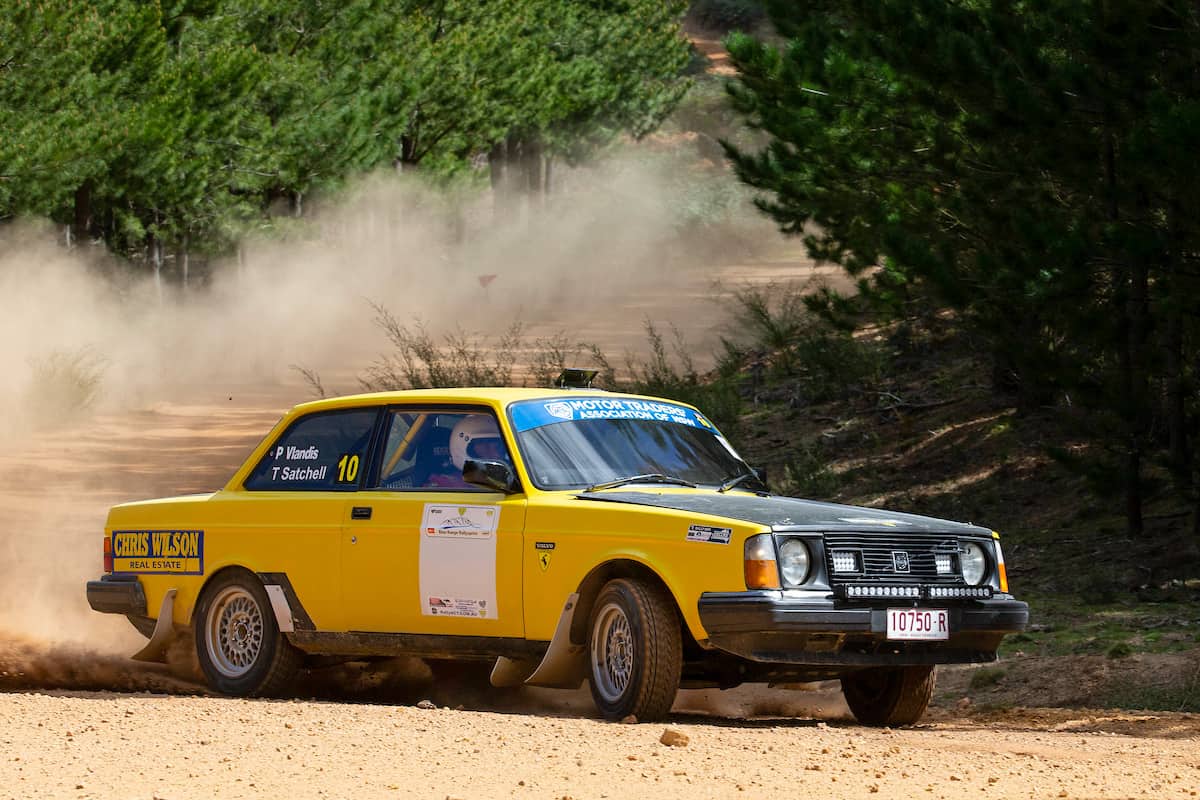 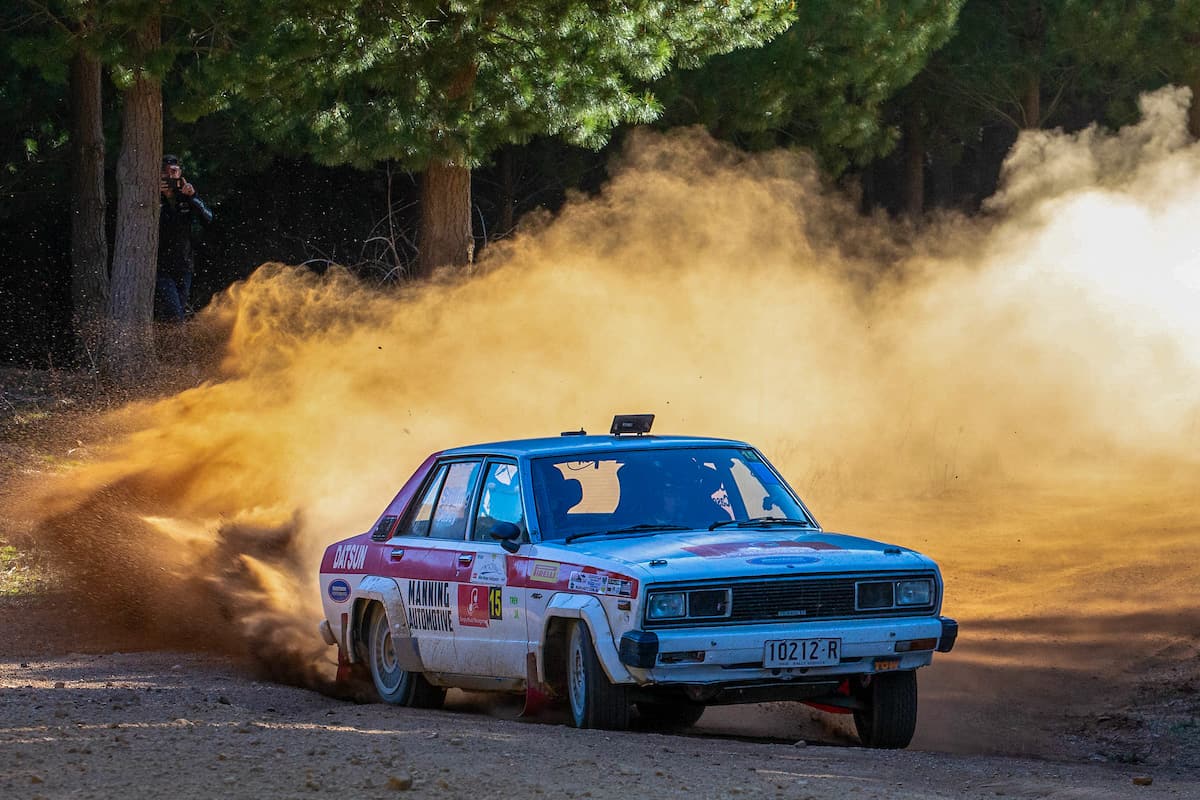 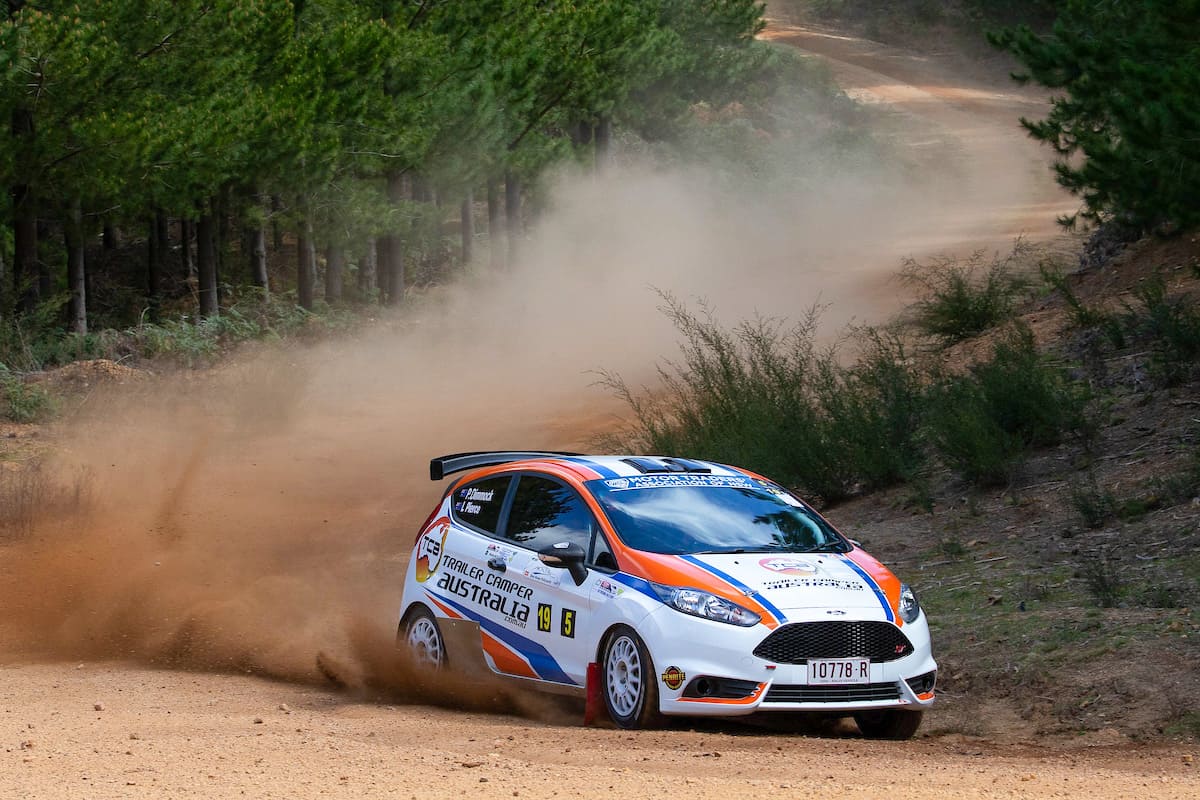 Peter and James Dimmock drove the family Fiesta, but it failed to finish. Photo: Peter Norton