Malcolm Wilson OBE has been at the helm of M-Sport’s WRC operation since the start of 1997. The last 23 years have not only netted seven world titles, but an astonishing record of point-scoring finishes. Wilson’s Cumbrian-built Fords have scored on the last 252 rounds of the World Rally Championship, a run which began on the 2002 Rallye Monte-Carlo. Wilson has selected his top-five moments from the last 23 years. Landing the deal in 1996 To be honest, it’s very hard to put these five moments into a real list – they’re all such big moments. But actually signing the agreement with Ford to take over running the WRC programme from 1997 was huge for me. 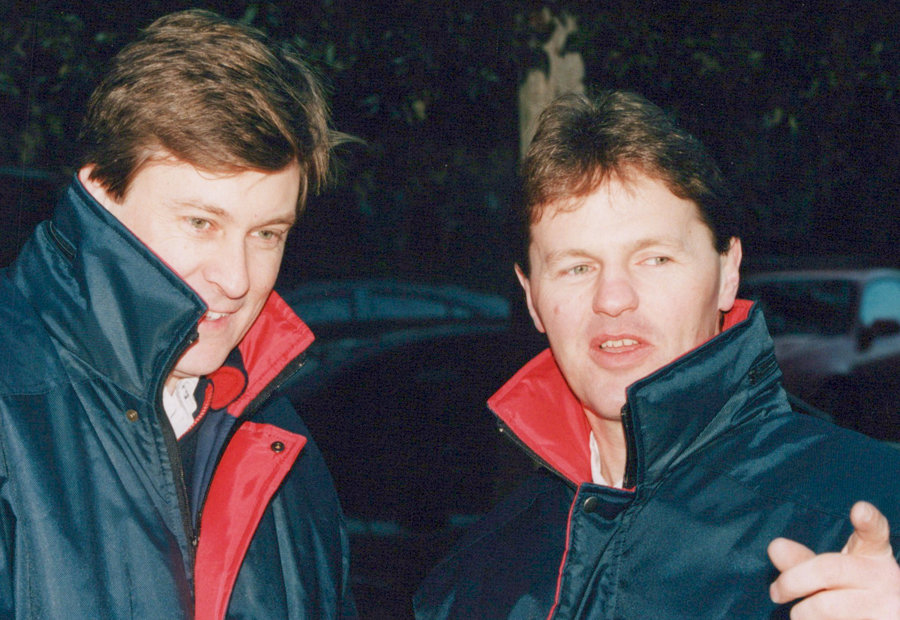 I’d started my career in Escorts and Ford had been so close to my heart all the way through. To be entrusted with that opportunity in 1996 was incredible, but also slightly daunting given that we only had 18 people working with us at what was Malcolm Wilson Motorsport. And those people were all working in an outbuilding at the back of my house! Acropolis Rally 1-2 We really had to hit the ground running when we started Ford’s WRC programme in 1997. Obviously World Rally Car rules had arrived and we took the Group A Ford Escort RS Cosworth and developed it into the Escort WRC. Carlos [Sainz] started well with second place in Monte-Carlo and Sweden, but then there were a couple of retirements and things were quite tough. We got to the Acropolis and knew that was going to be a real challenge. It was a proper old-style Acropolis with some really rough roads. We decided we would use the same strategy as we had done on the Safari, changing all the key suspension components as regularly as possible. It worked. We came away with a one-two for Carlos and Juha [Kankkunen]. That was a fantastic result for the crews, the cars and the team – it gave us all real confidence early in the deal. 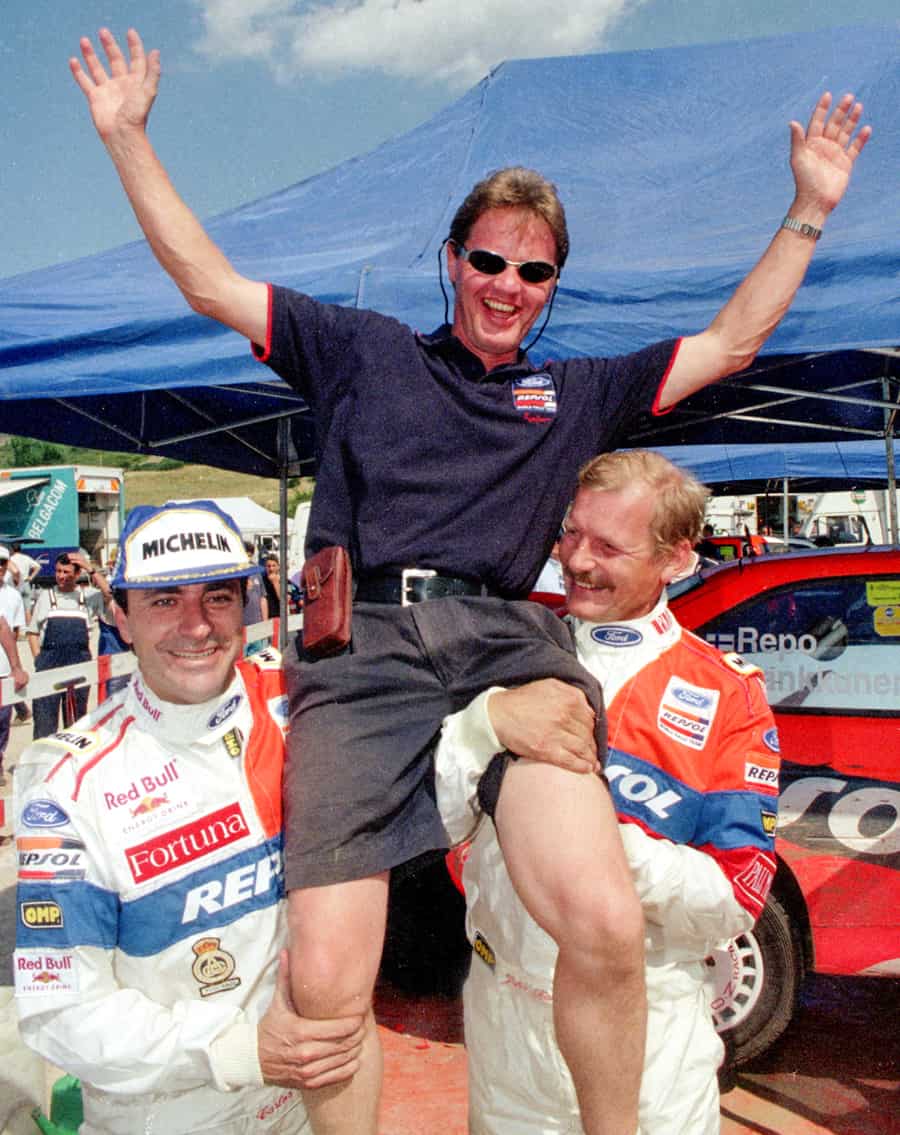 A 1-2 success on the Acropolis Rally with Carlos Sainz (left) and Juha Kankkunen. Photo: Martin Holmes

Colin McRae winning the Safari, 1999 There’s no doubt, we were up against it time-wise with the Ford Focus RS WRC, but it was ready for the start of 1999. There were fastest times on the first two rounds in Monte and Sweden, but, privately, we were a little bit nervous about the Safari. We’d done as much as we could, but we just didn’t know what to expect. Obviously we’d got Colin [McRae] for 1999 and he drove beautifully on that rally. One of the real misconceptions about Colin is that he’s all about the speed and the fast events, but he’s probably the most mechanically sympathetic and mechanically understanding driver I’ve worked with. He knew exactly how far and how hard he could push a car and that’s just what he did on that Safari. Winning there was a dream. And a few weeks later we won again on the fast gravel in Portugal – to demonstrate a brand new car winning on two such different rallies in a matter of weeks was fantastic. 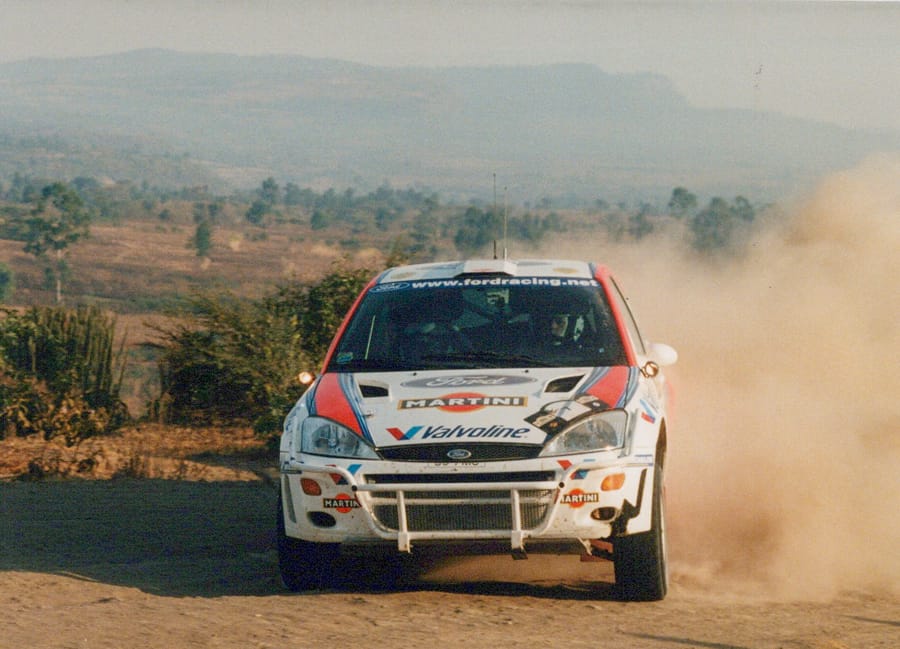 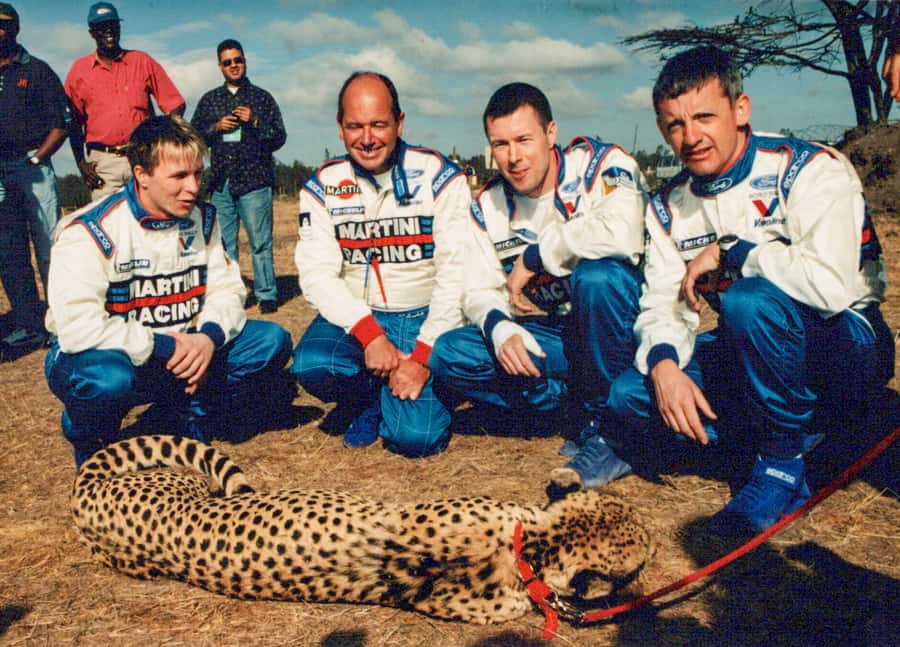 Winning the 2006 manufacturers’ title in NZ 2006 The rally wins were great, but the first title is something you really can’t forget. It had been a long time since Ford had won at world championship level and to be able to bring this one home was very, very special. In some ways, it was a bit of a shame that it was on the other side of the world in New Zealand, but I know there was webcam up in Dovenby Hall (M-Sport’s Cumbrian base) and a lot of the staff were in there celebrating in the middle of the night. It was a good result on the event as well, a pretty comfortable one-two for Marcus [Grönholm] and Mikko [Hirvonen]. 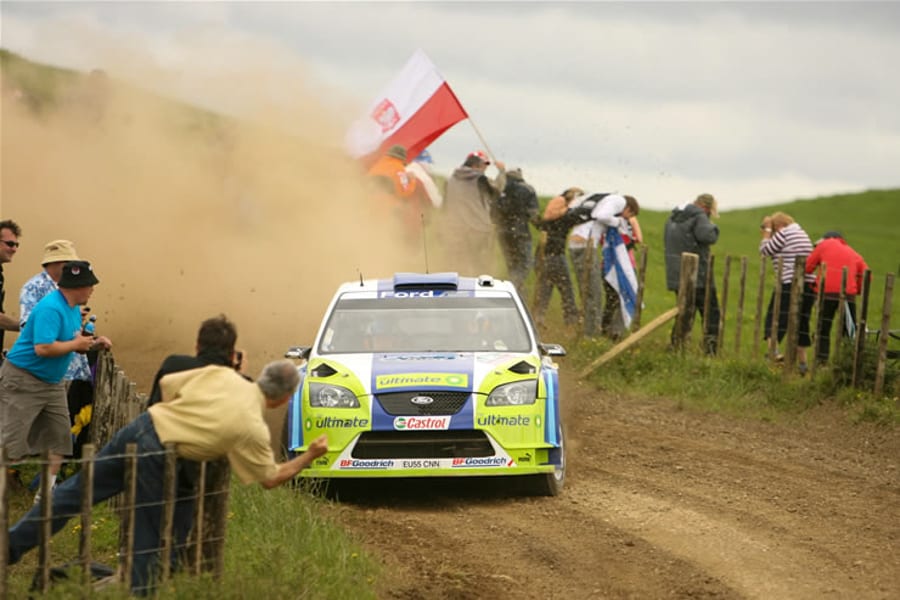 Marcus Gronholm led Ford to the Manufacturers' Championship in Rally New Zealand in 2006.

Wales Rally GB, 2017 I know I said it was hard to put these five moments into order of priority… well the number one really was never in doubt. What happened within the space of 15 minutes on that final day of the 2017 Wales Rally GB is something I will never forget and I seriously doubt anything like that will ever happen again. It was just fantastic and that day’s now known as super Sunday around here. We won everything that day. Séb [Ogier] and Julien [Ingrassia] won the drivers’ and co-drivers’ championships, M-Sport Ford World Rally Team won the manufacturers’ title and then Elfyn [Evans] and Dan [Barritt] came over the line to win the rally – their first evert WRC win. Our 2017 Ford Focus WRC had dominated. Those celebrations were pretty special and, as I say, that’s a memory I will never, ever forget from the WRC. 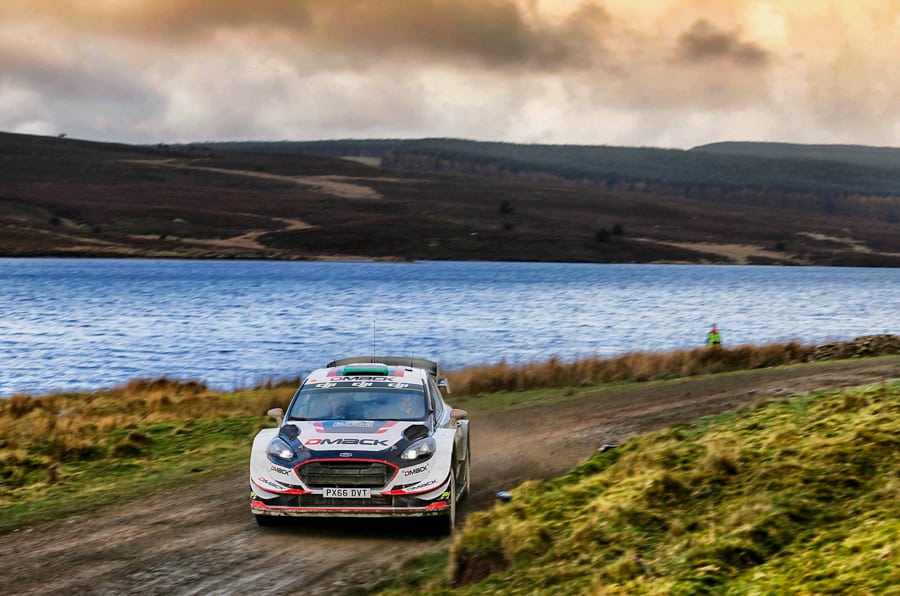