There are very few people in the world who will ever be able to own the rally car of their dreams, and retired rally photographer Maurice Selden is not one of them. But there is more than one way to skin a cat (as the saying goes!), and Maurice, who photographed hundreds of World Rally Championship rounds over a long and distinguished career, has one of the best collections of scale model rally cars that we've seen. Selden was the chief rally photographer for the British weekly, Motoring News, for years, before becoming the photographer behind Martin Holmes Rallying until his retirement. 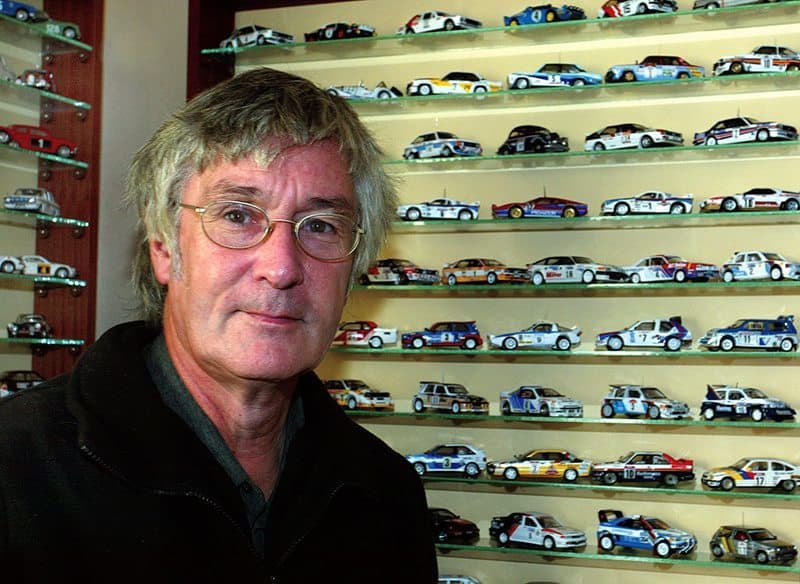 Maurice Selden and a selection of his incredible collection of model rally cars.

Maurice is as passionate about rallying as anyone.

While he can’t claim to have an MG Metro 6R4 in the garage, like fellow snapper Reinhard Klein, he does own a mouth-watering model rally car collection of the best rally cars ever made.

“I started to collect 1:43rd scale models around 1998 ago,” Maurice says. “It started when I was given a Lancer Evo model rally car at one of Mitsubishi’s pre-event receptions. I thought it would be a nice idea to get a model of every type of car that has won a World Rally Championship event. “I didn’t realise how hard that would be,” he adds.

Most of Maurice’s miniature rally cars are die cast models, but some of the more obscure models are hand-built resin kits. He also attends half a dozen toy fairs a year, which he says is a great place to find some of the rarer rally car models and kits, and often at much cheaper prices. At the time of writing his collection stood at about 200 models, but he admits to being quite selective and only buys model cars which mean something to him – often bringing back memories of events or incidents.

This Timo Salonen Peugeot 205 T16 model is one of the best hand-built models Maurice has seen.

“I find that the 1:43rd scale is ideal as they do not take up too much room. If I had started on the 1:24th plastic kits I think my wife would have left me by now,” he laughs.

Maurice’s WRC diecast cars include Audi rally cars, Toyota rally cars, Subaru rally cars, Lancias, Citroens and a Peugeot 205 T16 E2 which he believes is the best hand built model rally car he has seen. It’s a collection we’re envious of, and one that is worth many thousands of dollars more than the purchase price!

These days there are plenty of model car makers to choose from, and many of them are producing beautiful replicas of the rally cars that have won events all over the world. Minichamps, Autoart, Revell, Maisto, Burago and Biante are just a few of the companies to search for model rally cars.

If Maurice’s collection has inspired you to start your own model car display of WRC models, a good place to source information on products and stockists in your country is from Model Cars Magazine.

Show us your collection of model rally cars

Do you have a big collection of plastic or diecast model rally cars? If so, we’d love to hear from you and feature your collection on RallySport Magazine. 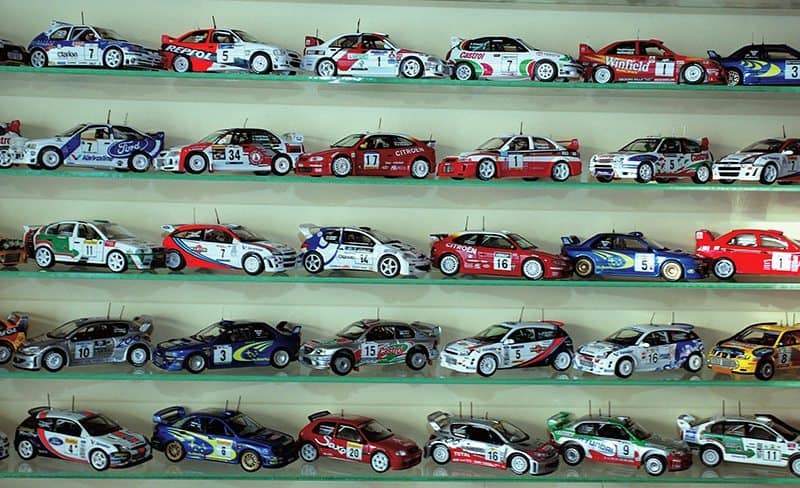