From general servicing all the way through to race and rally car preparation, the team at Maximum Motorsport do it all, and to the highest quality.

The Herridge’s Maximum Motorsport is Western Australia’s most well known and respected Subaru workshop. From their tidy premises in Wangara, WA, they provide services to those interested in road, race, and rally, and anywhere in between.

Maximum Motorsport has been built around the foundations of gravel rallying. Born in 1993, Rob, with partner Steve Wisby, aimed to create a business in what would be a one-stop shop for all car building needs. As Rob was building a Subaru Legacy rally car, he struggled as no place would do the whole job for him, which led him to creating a place that would satisfy those needs for others.

Since its beginning in 1993, Maximum Motorsport has held contracts with Hyundai and Kia, while currently holding a contract with Subaru Australia as a genuine parts and Motorsport Parts dealer, as well as being distributors for Kielder Power Tools, Seibon Carbon, Shining Monkey, and HeelTread socks.

Maximum Motorsport’s obsession with gravel rallying has yielded them great success over the past 30 years, with Maximum prepared cars winning both class and outright championships at state level, and on the national stage. 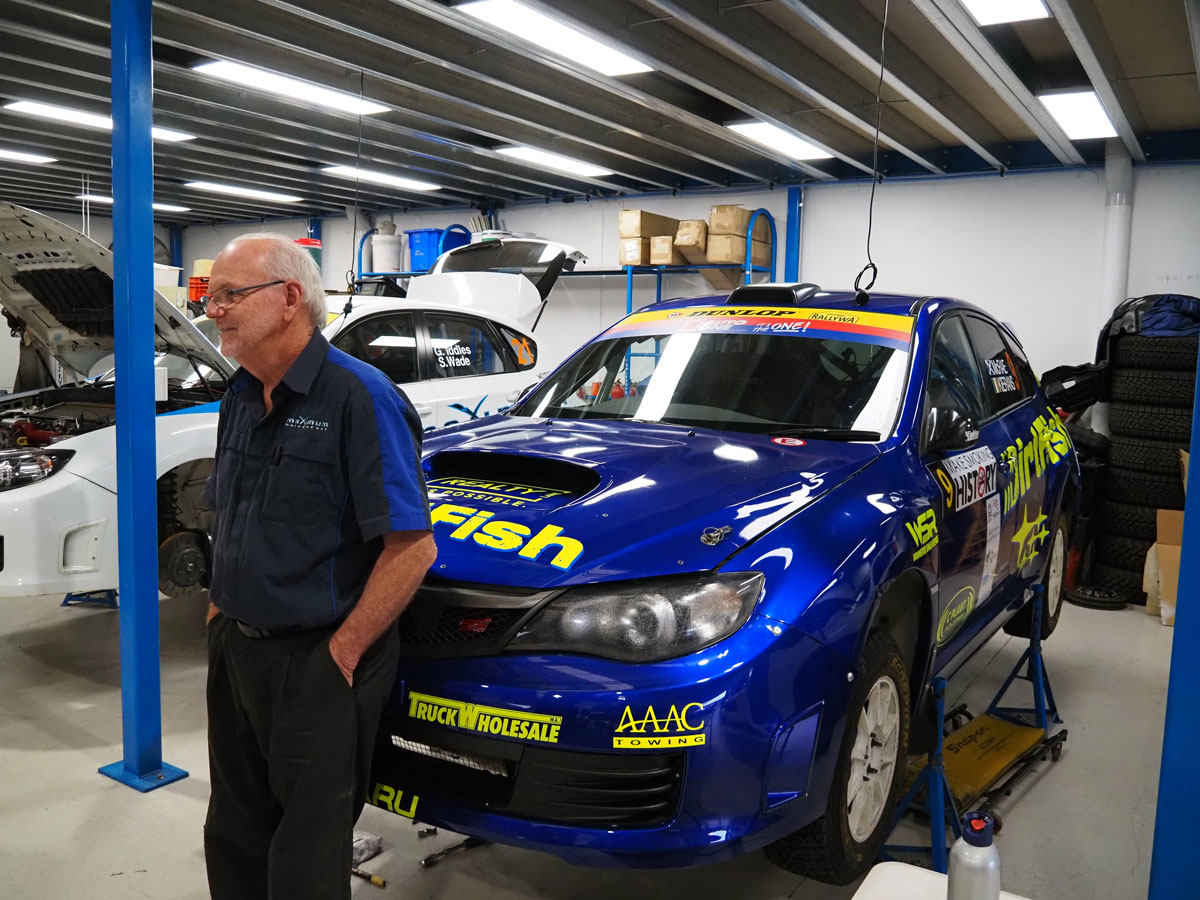 Rob Herridge is incredibly proud of what they've been able to achieve at Maximum Motorsport.

Upon entry, late on a Tuesday afternoon, work was still being done on a range of different vehicles, whether they be rally cars, road cars, engines or spare parts.

For road cars, Maximum provides regular servicing, but also modifications to improve and rev up your road going boxer engines. No matter the age or performance, the team can always make it better in some way.

With the amount of cars going in and out of the workshop, it’s easy to see why they are so busy all the time. 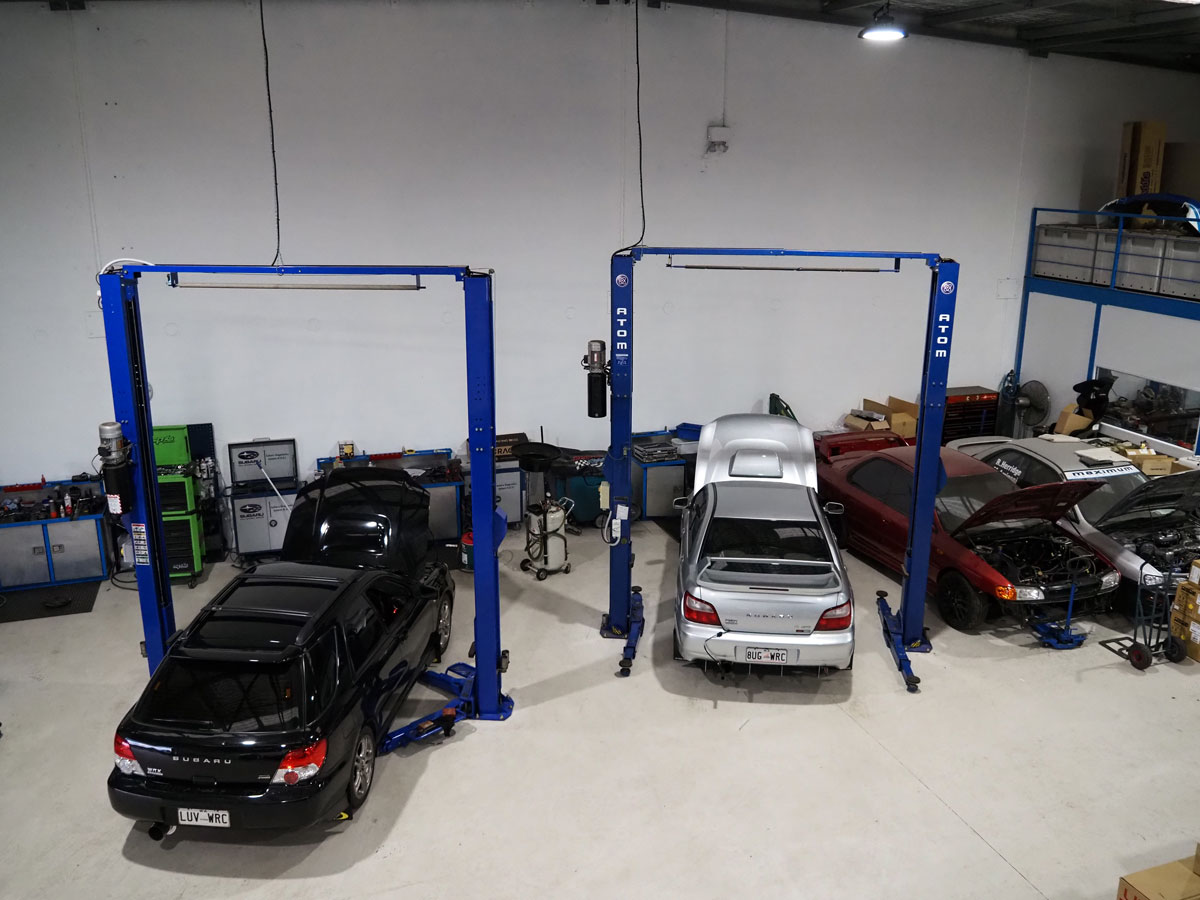 It's hard to imagine how such a busy workshop can be this tidy - Maximum do it perfectly.

Herridge explained how through COVID-19, the influx of money that customers had available to them was a catalyst to the business boom they have been able to achieve over the past two years. While there has been a multitude of new customers wanting work done to their Subaru machines, there are also plenty of repeat customers who continually want improvements done to their Japanese pride and joy.

Some cars have been in the Maximum garage for years on end, with customers wanting more and more upgrades.

Last year, Maximum Motorsport took on the task of building three new tarmac Subaru WRX STis for Dutton Garage. The cars were built to be driven in Targa Tasmania, and in what was an extensive process, the three cars were pumped out in short time.

On the other side of the workshop is the motorsport section.

Lined up are the three Impreza WRX hatches that are in gravel trim. All three are being run for customers in the Western Australian Rally Championship, with one being driven by Max McRae.

McRae’s car has the most history within Maximum Motorsport, having been in the business for over 10 years.

The car began as a tarmac rally car when Dean Herridge ran it in the 2011 Targa Championship.

It was eventually changed to gravel specification where it has won three state titles in the hands of Mike Young and John O’Dowd. Dean also ran the car at Rally Australia 2017, where he finished 10th outright and second in class.

Now it is being driven by a famous third-generation McRae as he fights for both the WA championship and the Production Cup in the Australian Rally Championship. It's also recently been turned back into the famous Subaru blue and yellow colour scheme.

When you walk upstairs into the office area, it gets better.

Everyone seems to have a pile of stuff that they'd love to put up on the wall and display if they had the time, space, and means. However, many memorabilia pieces just haven't made it onto the wall yet. 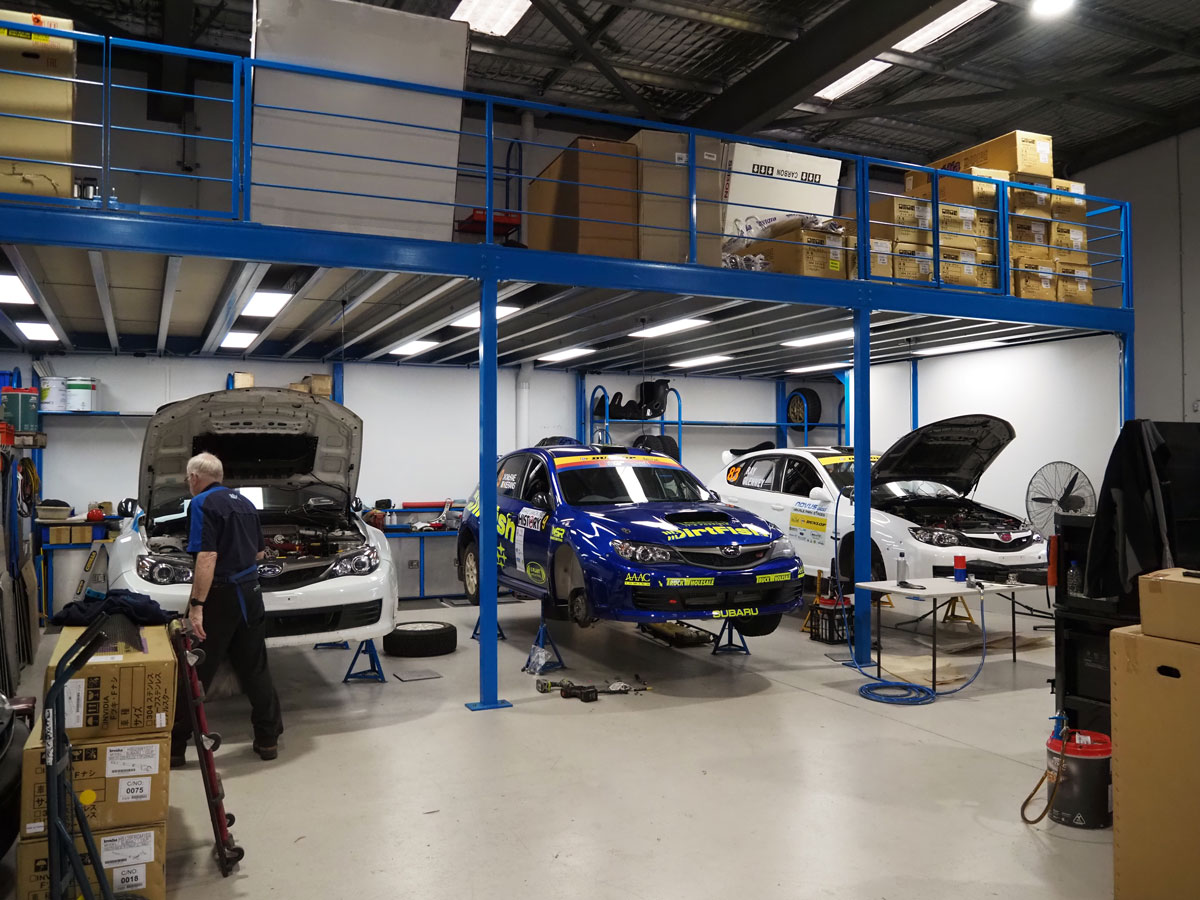 The office area is what we all dream of: posters, photos, trophies, the lot. Everything we want to have on our walls at home is on display at Maximum Motorsport.

Dean proudly shows an old ARN on his office shelf, from when he drove for Kia.

One of Dean's Subaru Rally Team Australia suits sits in the corner of a meeting room.

Rob shows off his two ARC championship trophies in his office, in front of ARN front pages.

Possibly the most exciting thing happening in the workshop at the time of our visit was the rebuild of Rob’s Australian Rally Championship winning Subaru Legacy.

Being rebuilt in the famous yellow with blue splash colours, the car is nearing completion, and is looking a treat. It’s all back together, and while we were there, the finishing touches were being added by sign writer, Yoda, who was flown in from Japan to complete the job on the iconic car.

Yoda was responsible for the graphics when it originally ran that livery, so to have him doing it again is a nice touch. 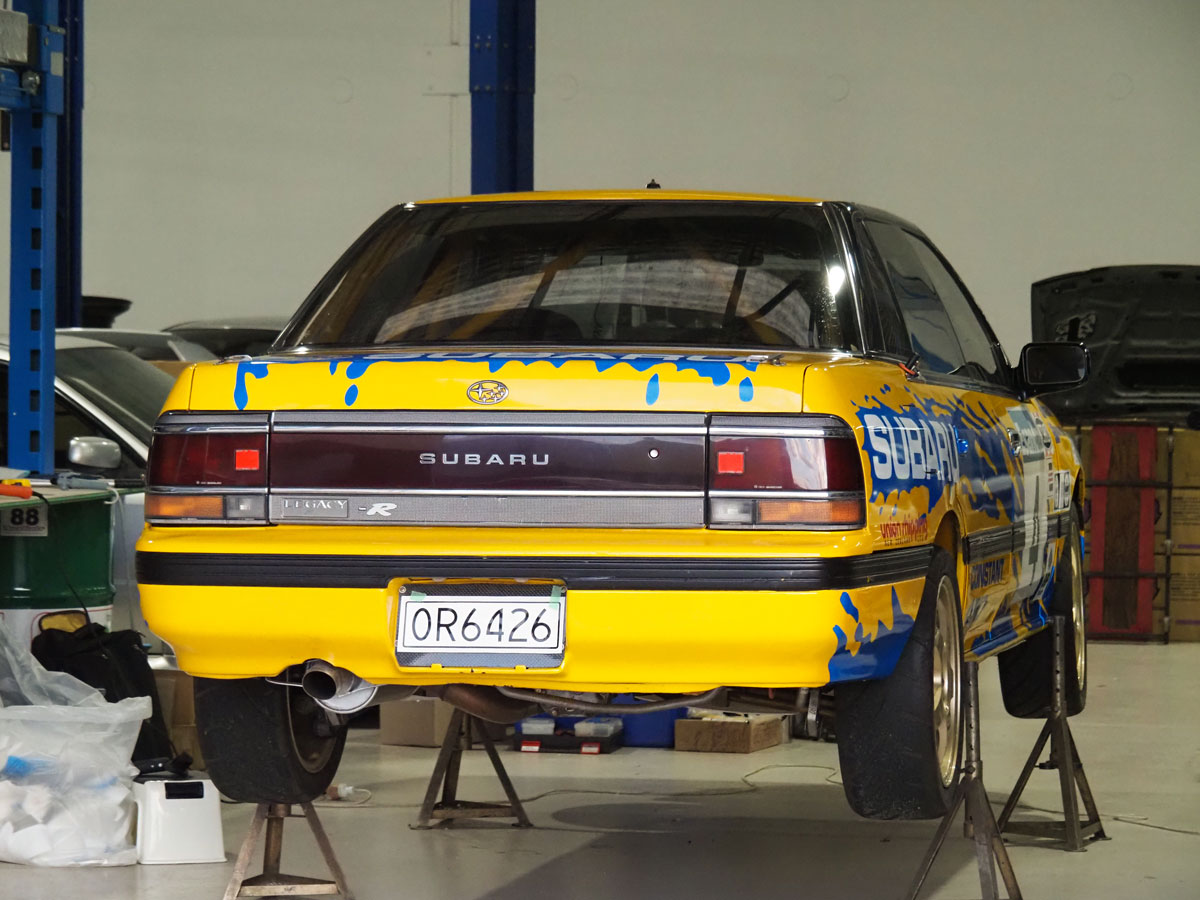 The beautiful rebuild of an iconic car. 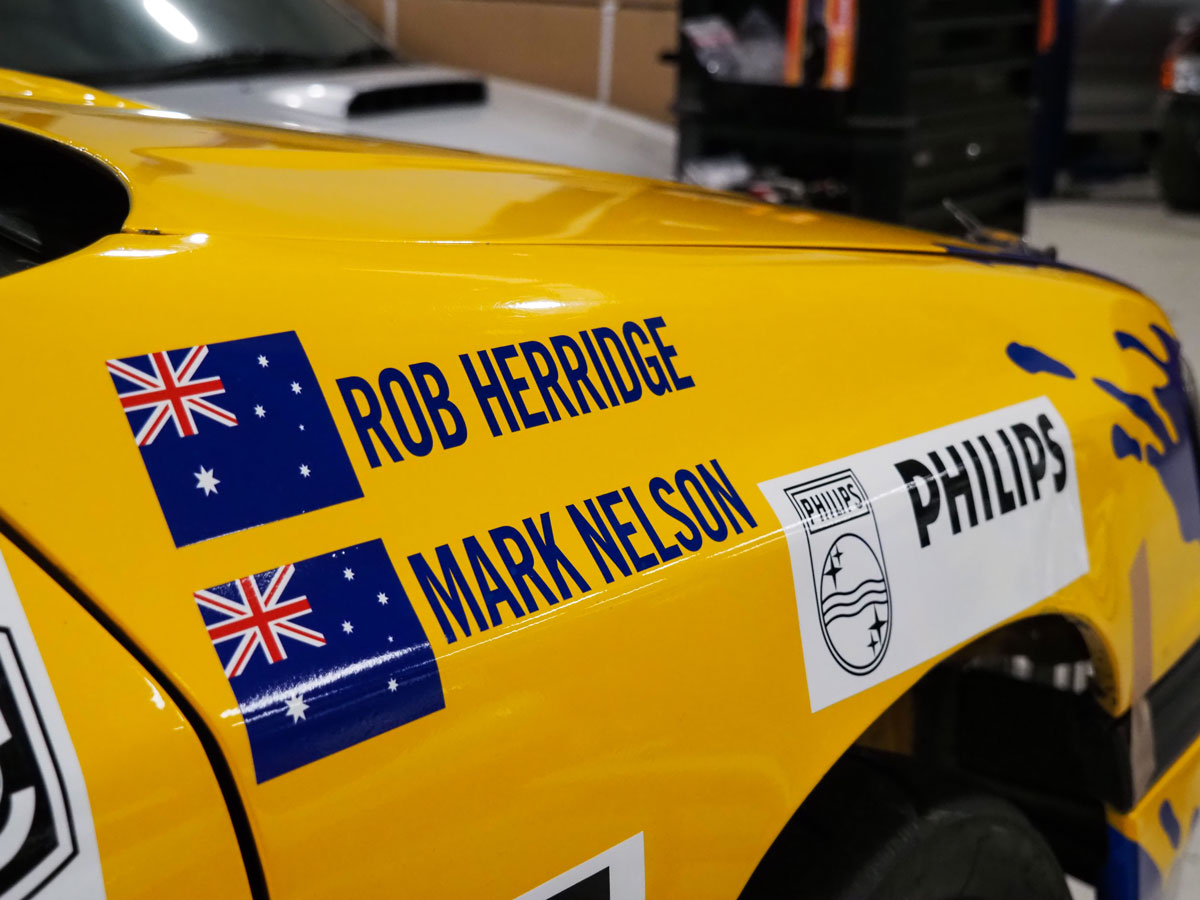 Intricate detail in the livery of the Legacy.

Having such a rich motorsport history, you’d think there’d be lots of other memorabilia laying around outside the offices, but at Maximum, that’s not really the case.

The business has moved workshops three times, and things have evidently got lost in the moves, however, it was one of their young mechanics who was responsible for getting rid of a lot of stuff.

Rob tells the story of how a skip bin was organised and the mechanic gave him three seconds to decide what he was doing with a certain piece, and if he couldn’t decide in three seconds, it went in the skip.

Rob laughed at the idea and thought they’d never even fill one skip, but by the end of the move, three had been filled and taken away.

THE BLESSING OF SUBARU

The Herridge family’s tie to Subaru spans over 30 years and is one of the longest partnerships in the country.

Over the years they’ve been able to access some pretty cool Subaru machines.

An XV has been converted to STi running gear, used for the Sunrasia Safari, and the team have a Forester STi built for the same event.

Also on the floors of Maximum is an RX Turbo, an SVX, and some rare Subarus we’ve chosen not to mention. 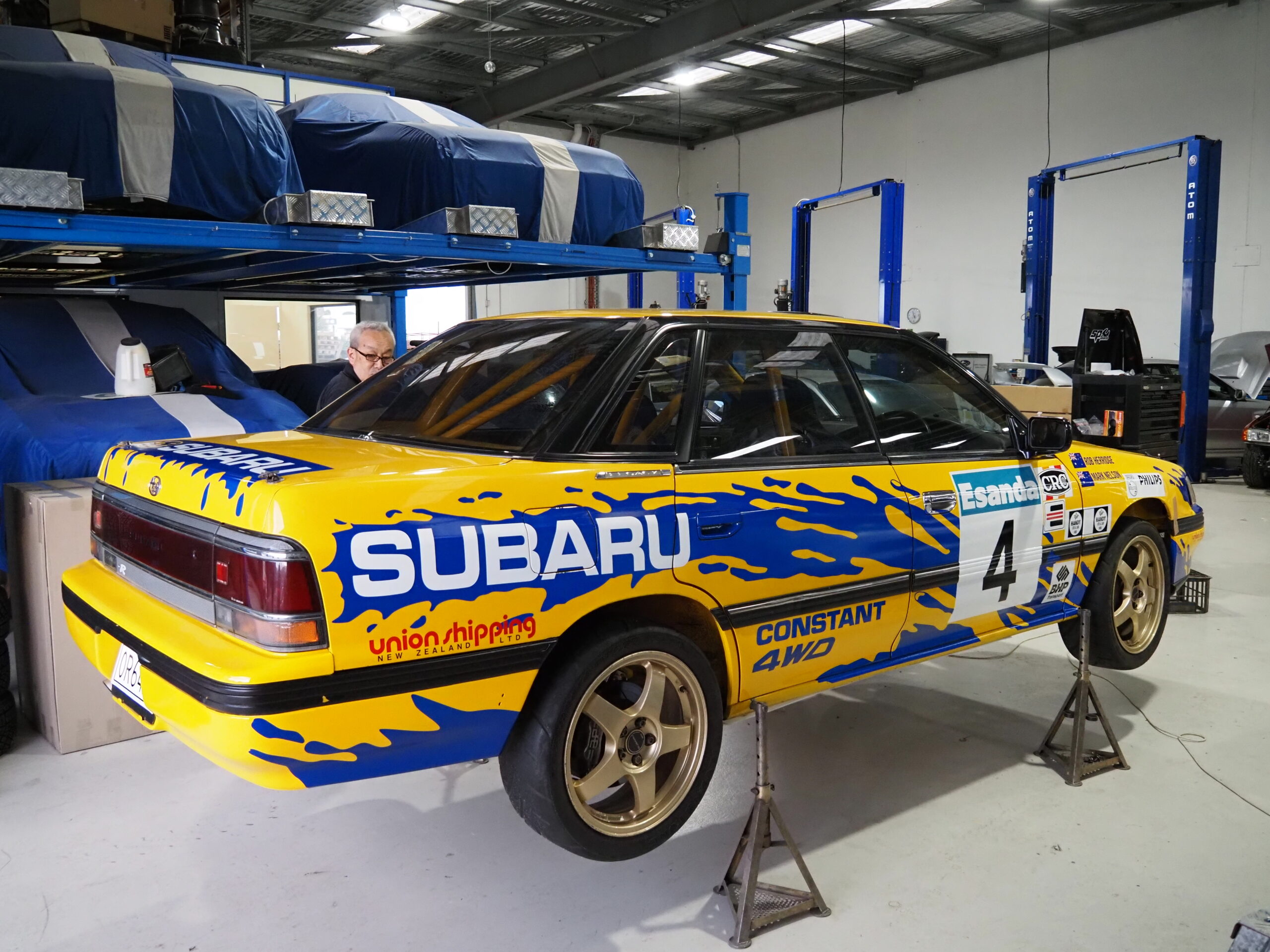 Yellow with blue splash. What more do we need to say?

In their 29 years of operation, Maximum Motorsport have taken out national privateers titles, an Australian Tarmac Championship, multiple state titles and scored points at the World Rally Championship, while also putting smiles on the faces of their many customers over the years.

The company continue to provide quality service and parts for everything Subaru related in Australia.