Fresh off a class podium at the Karri Rally in WA, Max McRae could be making his tarmac rallying debut in November.

Driving his Ford Fiesta Rally4, McRae will compete in the Adelaide Rally – a popular event which is growing year on year with South Australian competitors.

The event will run from November 25-28, McRae will contest the tarmac rally should the scheduled Coffs Harbour ARC double header on the same weekend be cancelled.

McRae has not yet competed in a tarmac rally, however, he’s been competing regularly on the racetrack in past seasons, so has experience on the black stuff.

McRae’s Karri Rally was a strong showing for the youngster, as he was reunited with former co-driver, Bill Hayes. The pair also secured a top 10 result for the rally.

Rain was treacherous during the rally’s reconnaissance, and forced one of the stages to be cancelled amid lots of standing water.

Despite the strong finish, McRae felt a little bit rusty.

“Three months out of the car definitely left me a little bit rusty – especially in the rain!” he explained.

“I’ve spent more time in the Radical (race car) recently, so I had to get my head around a real change in the driving style.

“It helped that this was the first event I was coming back to. I did Karri Rally last year, so I knew a bit about what to expect.”

Speaking about the prospect of future rounds for 2021, McRae said he was keen to do some more rounds in Western Australia.

“Obviously we’re desperate to get back to the Australian Rally Championship. We just have to see. Rallying is really important, but when you’re dealing with something like a global pandemic then it tends to call the shots!” 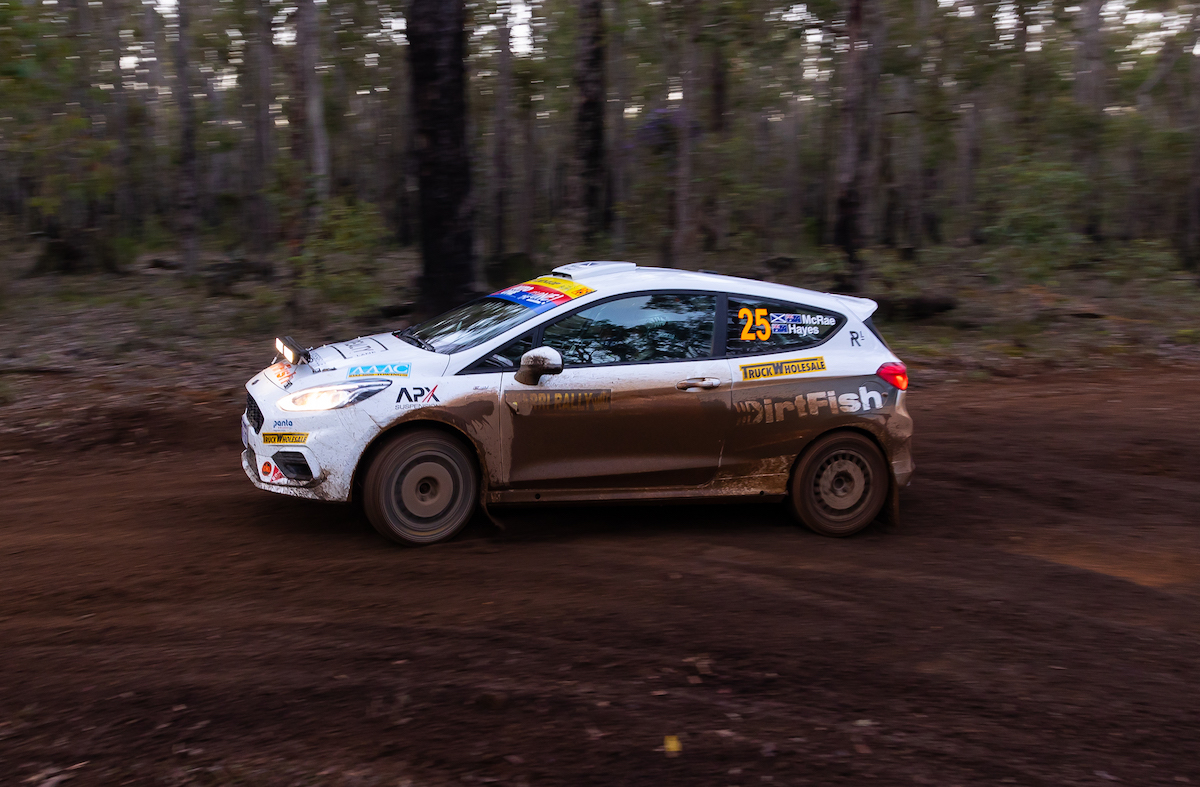