At the end of 1998, Colin McRae and Nicky Grist finished the WRC season with an unfortunate retirement, but in 1999 a new challenge beckoned.

It involved a new manufacturer and a new car - something which the star Scotsman had not done in a long time.

He was a loyal Subaru man, and while his exploits in Legacys and Imprezas were synonymous, he wanted to see what else there was out there.

“Colin had been there (Subaru) for so long, and I think he felt that, certainly in 1998, if he didn’t leave Subaru he was going to be branded as always being a Subaru driver,” Colin’s co-driver, Nicky Grist said recently.

“He wanted to see what was out there and give him the possibility of going elsewhere.

“An opportunity came up with Ford Motor Company which at the end of the day was quite a big thing at that time because there was a lot of money involved.”

At the time, it was the by far the largest driver contract in rallying’s history, and Subaru’s golden boy now was set to wear a different blue. 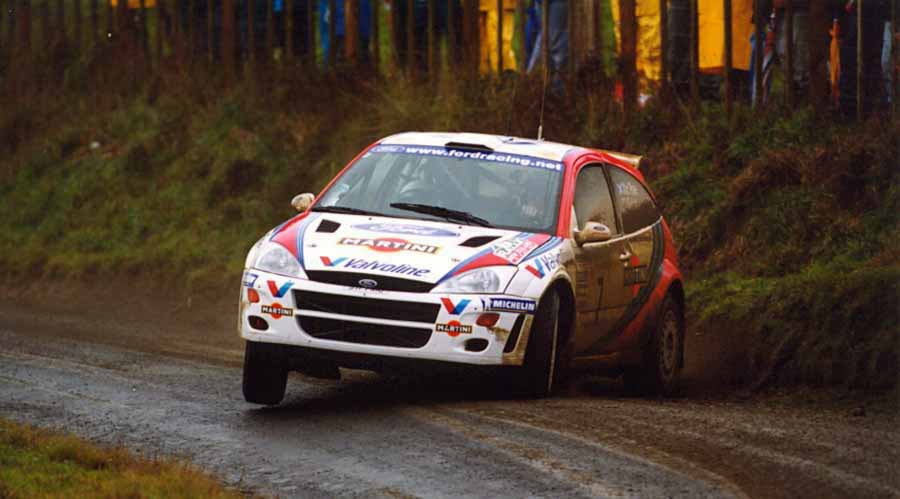 Ford had just come off a long stint with a series of Escorts.

Cosworths, World Rally Cars and even the RS1800 in the late 70s - the move to the brand new Ford Focus WRC was a big switch that the company had not done in some time.

Grist talks about the move as being a risk.

“It was a little bit risky because the car hadn’t even run when we signed. We had not idea what it was like, how it would run, and what it would perform like.

“So really at the end of the day it very much was a case of ‘let’s wait and see.”

It was a bumpy start.

“We were there when they started the car for the first time," Grist explains. 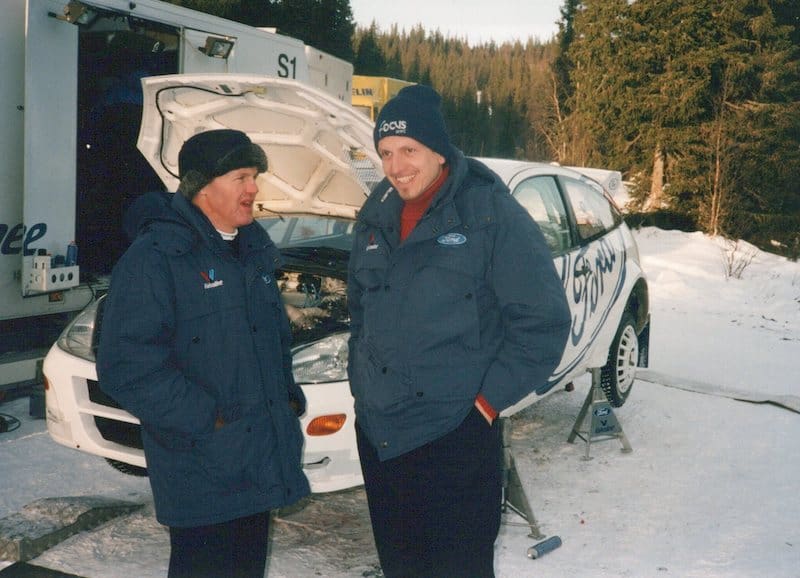 “It wasn’t in the position to drive properly but we were there when it started for the first time.

“We really only managed to drive it in early December in France. (The place) was a Paris-Dakar type test centre - incredibly rough. They said ‘right guys, just go and break it. Just keep driving it and see what happens.’

“It wasn’t complete and utter abuse because you could break anything if you wanted to, but this was a case of push hard and see what happens.

“Other than a few punctures and bent wheels, this car got through it - it was amazing. That gave us a lot of confidence that we knew it was strong at least.

Ford's cars were famous for being strong like this. The Escort Group A and World Rally Cars were arguably the strongest in the championship and the early signs for the Focus were the same. Speed was not immediately there for the car. 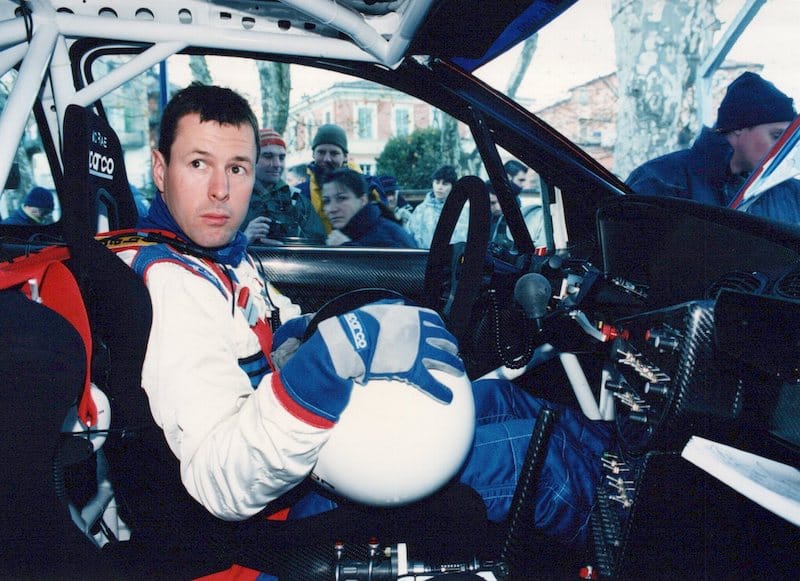 “We then did some testing and some more fine-tuned tarmac testing in December in Monte Carlo, South of France, which at the end of the day ended up being pretty fraught.

“The car didn’t handle well. We said ‘listen, we can’t lean on the car even - we can’t get the thing to grip.’

“There was no grip in the car, the tyres weren’t working. They said ‘we’re going to have to go and effectively find some dry tarmac’.

“We found this dry test road just up from the coast (in France) and it (the car) was still too hard.

“We went through it all and we had to get some new springs and this and that and came back a few days later with the new springs and we thought ‘right, we’re on the right direction, it feels better’. 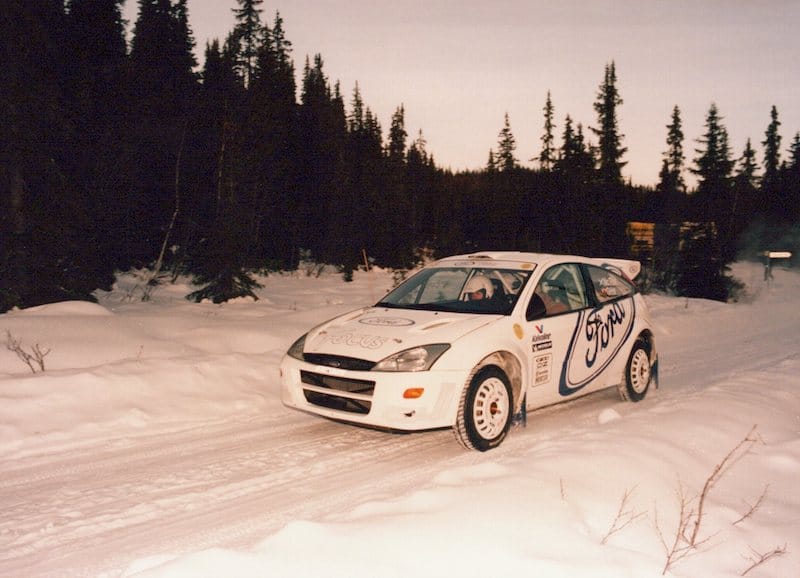 The Ford Focus WRC in its early testing in central Norway. Photo: Holmes

“We went onto the softest variant and it still wasn’t soft enough. We went back again, they got some more springs. We flew back down to the south of France again to do some more testing. Then we had a power steering pipe failure which caused a fire and burnt the wiring loom - so that was that.

“So finally we said ‘right, we’re going to sort the car out’ and they changed the test so we then went home over Christmas and the New Year, went back to the south of France and we really made some big steps and we got the car finally kind of working somewhere near.

After the tumultuous start to the season in finding the right setup for the car, the season would somehow become more difficult for the team. Ford signed up Thomas Radstrom, Simon Jean-Joseph and Petter Solberg to drive on varying events, but they, nor the team's star driver, got the most out of the car. 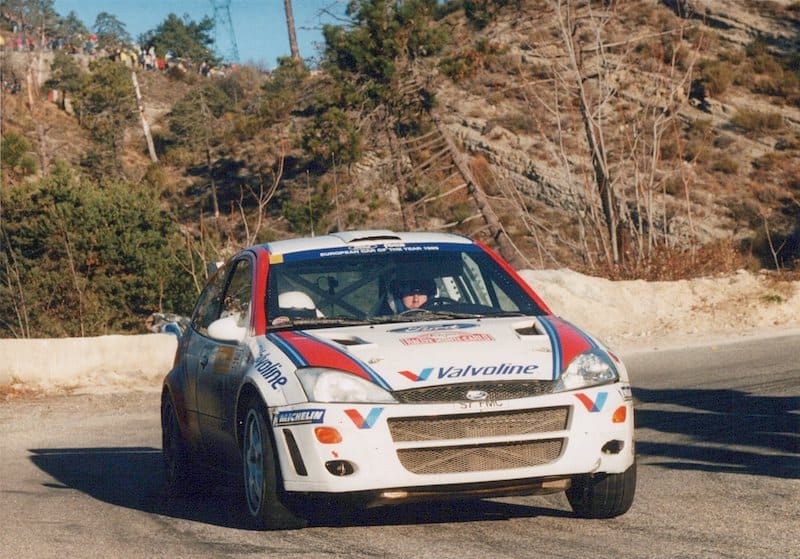 The McRae/Grist pairing finished third at the Monte before being excluded. Photo: Holmes

"We managed to finish Monte Carlo in third but were then excluded because the water pump was not in the right regularity, then we went to Sweden and retired.

“We went to the Safari Rally and we said ’right, we knew the car was tough’ - we applied all our experience there in ’97 and ’98, and low and behold we went and won the rally! I don’t think Ford even imagined that.

They went to the next round in Portugal, to much success, also.

“We were like ‘oh, the championship could be on’."

It was a hope which didn't last long.

“Other than one event we retired on absolutely everything else. All that hard work and effort by the team, by everybody involved and we didn't finish a thing,” Grist exclaimed. 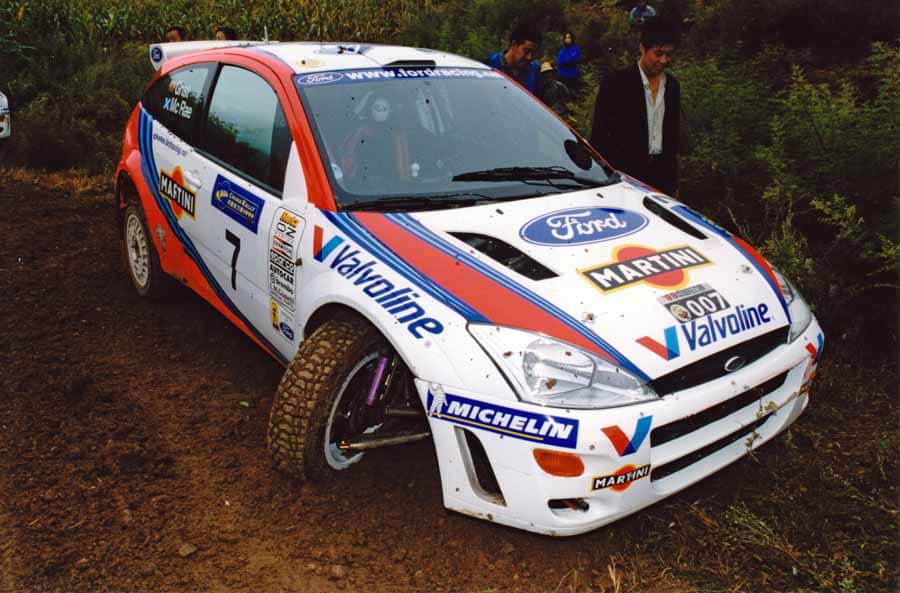 There was no going anywhere after this incident at the China Rally 1999.

McRae and Grist continued with Ford until 2002, and got close to the championship on two occasions - the closest being in 2001 when they infamously rolled their Focus out of the championship on the final round in Wales.
VIP Exclusive Content
Get full, exclusive access for only $6.55/month.
Subscribe Now
Already have an account? Sign in