Former WRC round winner, Kris Meeke, will drive a Force Motorsport Madza at the International Rally of Whangarei in May.

The Northern Irishman, who competed for Toyota in the WRC last season, was left without a WRC drive for 2020.

The 40-year-old will be joined by regular co-driver Sebastian Marshall.

Marshall, who co-drove for Hayden Paddon in the past, has visited New Zealand before.

“It’s something I’ve always dreamed about, driving a rally car in New Zealand and through all my exploits in the WRC over the years, I was never involved in the series when Rally New Zealand was in the championship for one reason or another,” Meeke said. 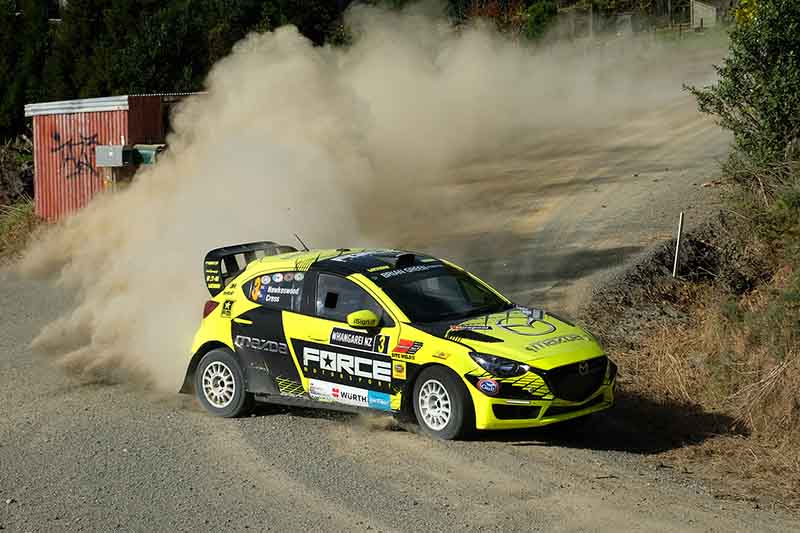 Kris Meeke will drive Andrew Hawkeswood's Mazda in the event.

“I grew up with the images of these famous stages in New Zealand with Juha Kankkunen, Colin McRae and Richard Burns and I always wanted to do it. So when I had some contact with Andrew and he made a proposal for me to get an opportunity to drive on these roads, for me it was certainly a box I wanted to tick.

“Obviously we all know of Hayden Paddon and his exploits, certainly he’s been a top line WRC driver for a period of time.

"I want to go and have fun, that’s number one priority, I want to enjoy myself and experience the roads, I have no expectation to try and beat Hayden but certainly if anyone knows me by now, I go and give any challenge 100% and see where we end up.”

The car Meeke will be driving is a Madza 2 AP4 run and developed by Force Motorsport. Team manager, Andrew Hawkeswood, has driven the car to the New Zealand Rally Championship title and a second-place finish in the Asia Pacific Rally Championship just last year.
VIP Exclusive Content
Get full, exclusive access for only $6.55/month.
Subscribe Now
Already have an account? Sign in