Battling them for most of the morning’s stages was Tasmanian Eddie Maguire, who took the lead after stage two, the first timed special stage.

They went toe to toe through the first four stages of the event until Maguire was forced to stop his Dodge Viper for safety reasons.

Arriving on the scene of smoke off the side of the road, Maguire, thinking one of their competitors had gone off, stopped and checked, only to find out it was a campfire lit well below the road level on private property.

Maguire and fellow Tasmanian, Zak Brakey, lost a minute and half, and at time of writing, are expected to receive a derived time for that stage, putting them well into contention for the lead of the rally.

Provisionally second for the day was Angus Kennard in his Nissan, followed be event sponsor, Ben Calder in his new Audi. 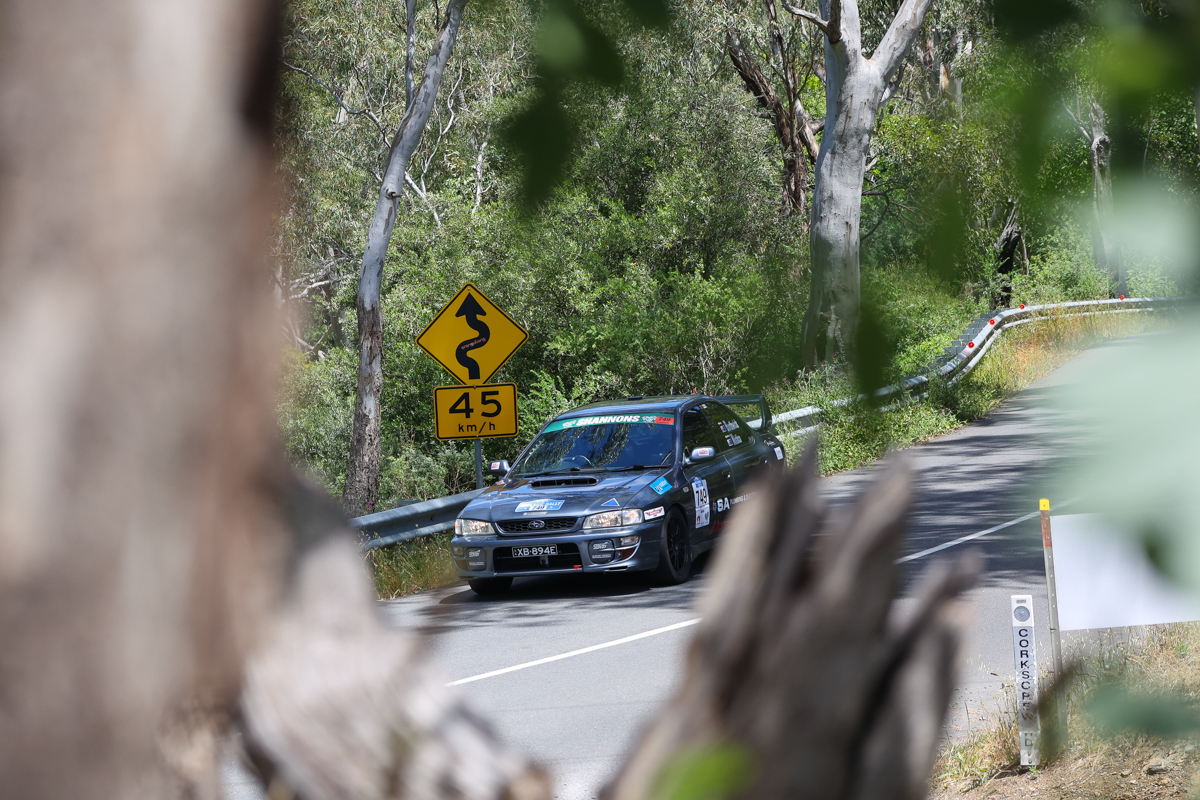 Kennard finished the day in his own air, over a minute behind first placed Morton, and with space back to Calder in fourth.

Guided along by the experienced Steve Glenney, Calder enjoyed a positive day despite learning the details of driving his all new TTRS+ for the first time in rally competition.

Nick and Jacob Streckeisen finished the day in fifth position, two minutes off the lead pace in their Nissan R35 GTR.

In the classic competition class, Jack Monkhouse leads the field in his Datsun 180B SSS by a clean minute over his nearest rival, Andrew Booker’s Skyline.

Third in the class for cars manufactured before 1986 was APX Suspension’s Tom Dermody in his brand new Mk1 Ford Escort.

Tomorrow’s stages of the Adelaide Rally head back into the picturesque hills around the city of churches, with another nine stages beginning with the short Beaumont test just after 9am. 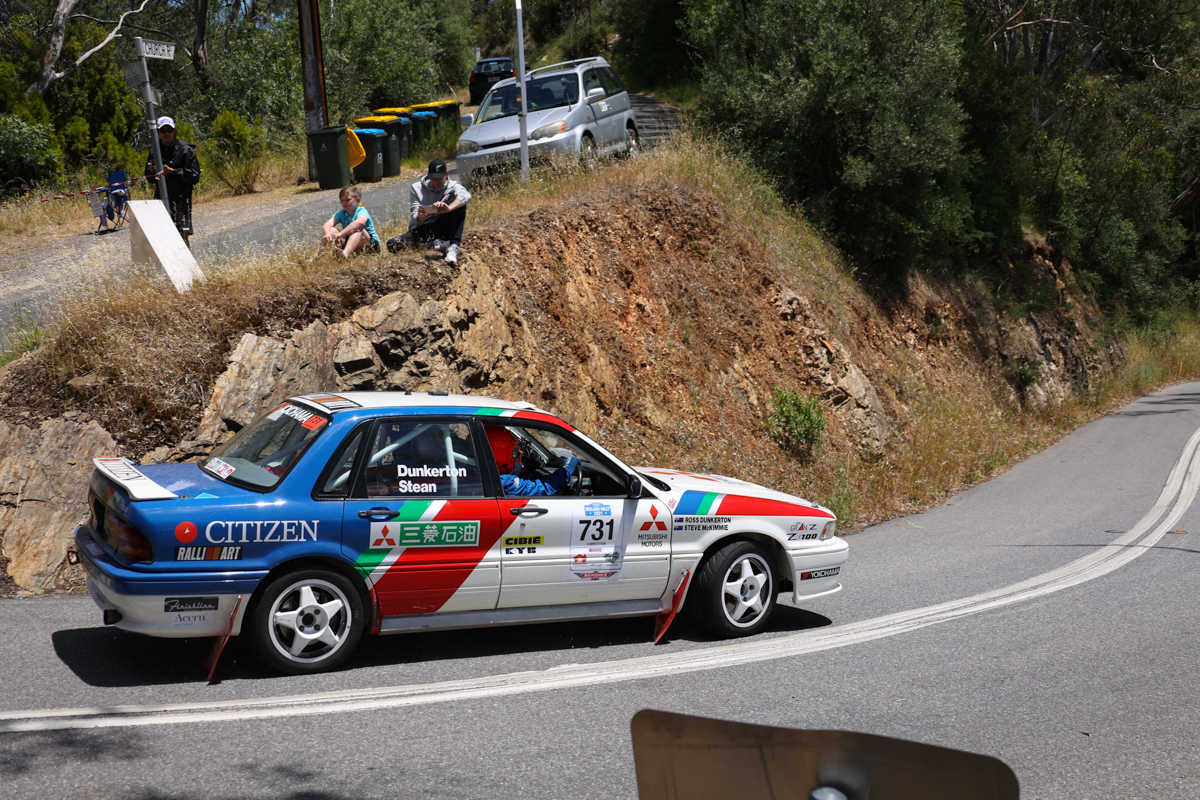 76-year old Ross Dunkerton is slowing getting to grips with his old Galant VR4.

Eddie Maguire led early before stopping at the scene of a fire, but should get the time back. 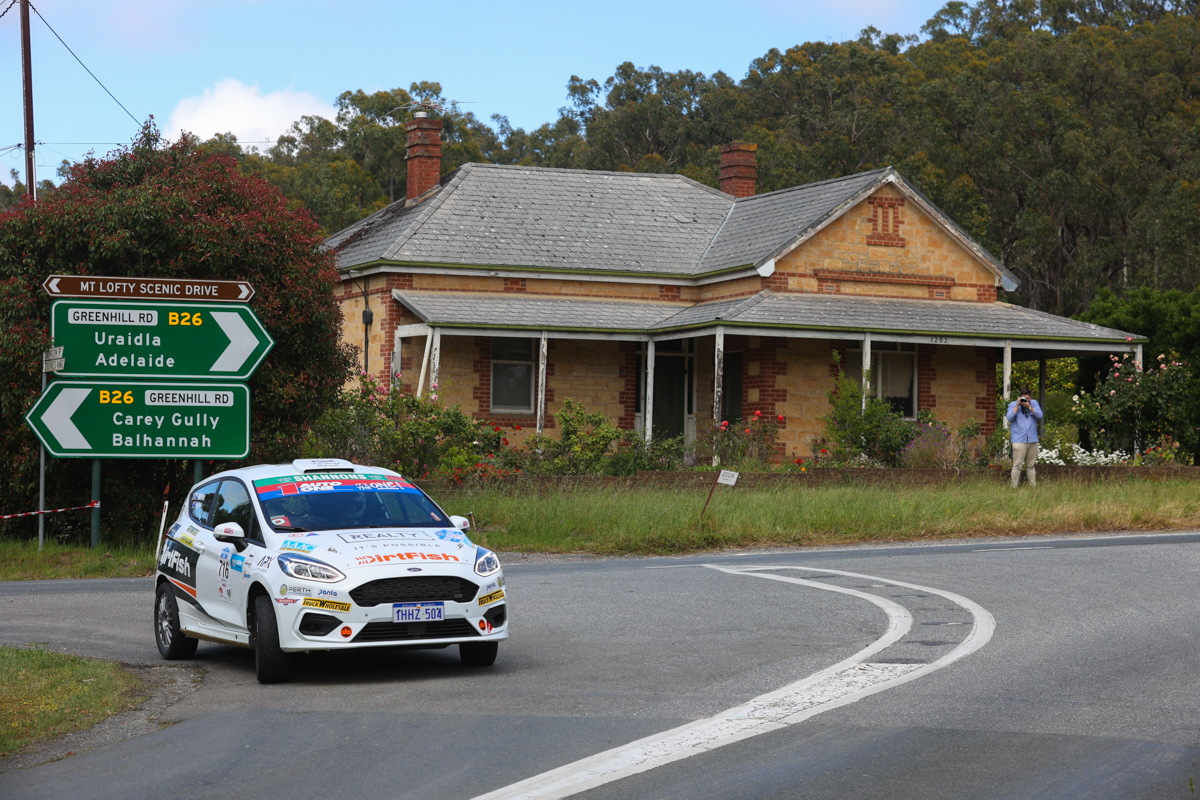 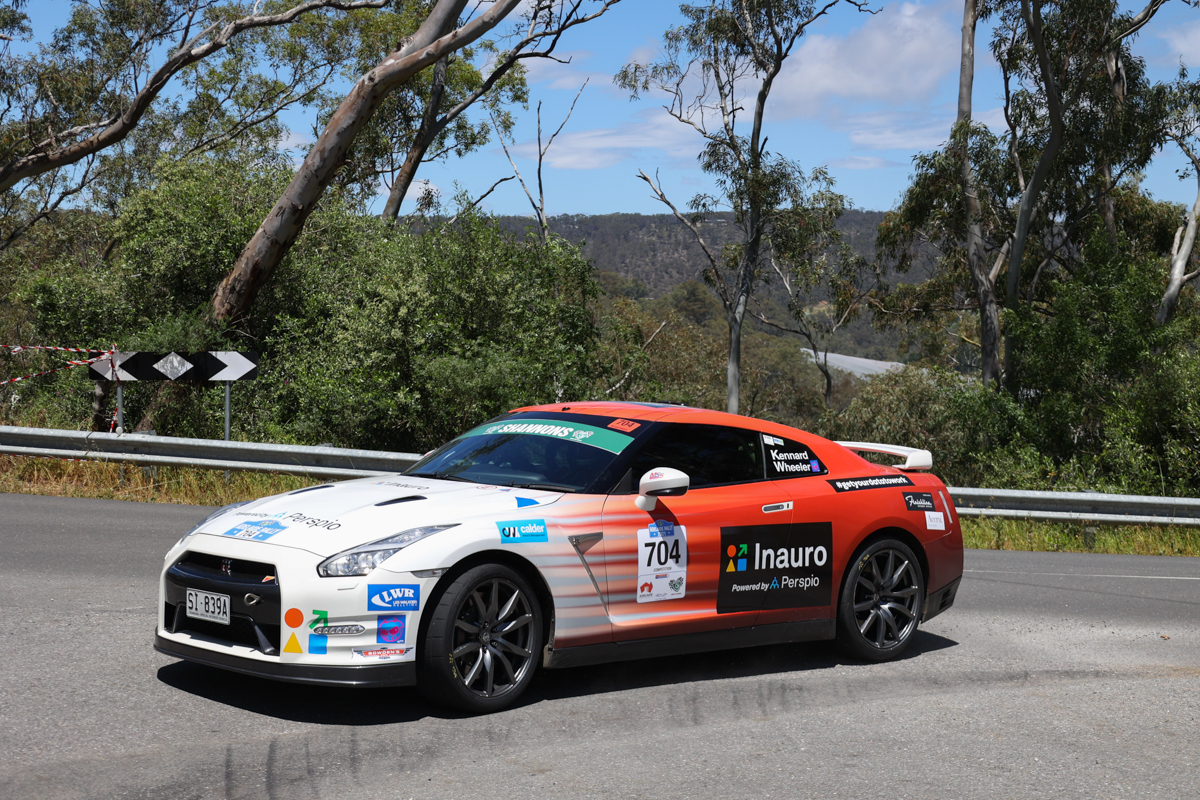 The experienced Angus Kennard is within stiking distance in his Nissan GTR.