The event marks the return of the NZRC to the roads of the King Country and Waitomo districts for the first time in over a decade, providing a fresh challenge and a level playing field for drivers. 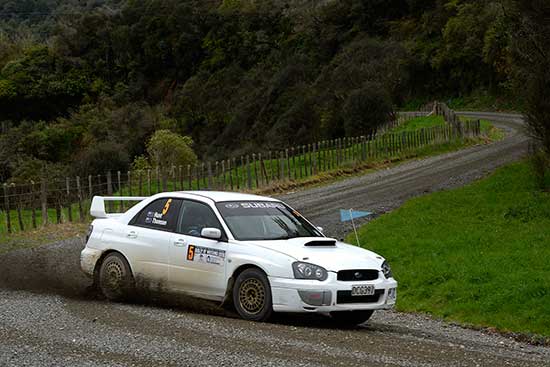 Richard Hunt in action in his Subaru Impreza at the 2016 Waitomo Clubmans Rally. (Photo: Geoff Ridder)Event Director Chris Ramsay says the quality of the Waitomo stages is among the best in the country. “The gravel stages in the Waitomo district are a mix of tight and technical roads that will have drivers wrestling lock to lock, through to fast high speed sections requiring lots of commitment.”

A feature of the rally will be the 45 kilometre Te Koroha stage, which doubles as the final and also longest stage of the event. “This road has been used several times in Rally New Zealand in the past and was often the decider, the event definitely won’t be over until drivers have crossed the finish line of this stage,” states Ramsay.

Along with a number of prime spectator viewing areas through the event, rally fans will get a chance to get up and close with the drivers and cars at a pre-event ceremonial start at Hamilton’s Rototuna Shopping Centre on Friday evening 13th October.

A bumper field of entries expected for the Waitomo Rally as leading NZRC crews from across the country competes for points in the penultimate round of the championship.