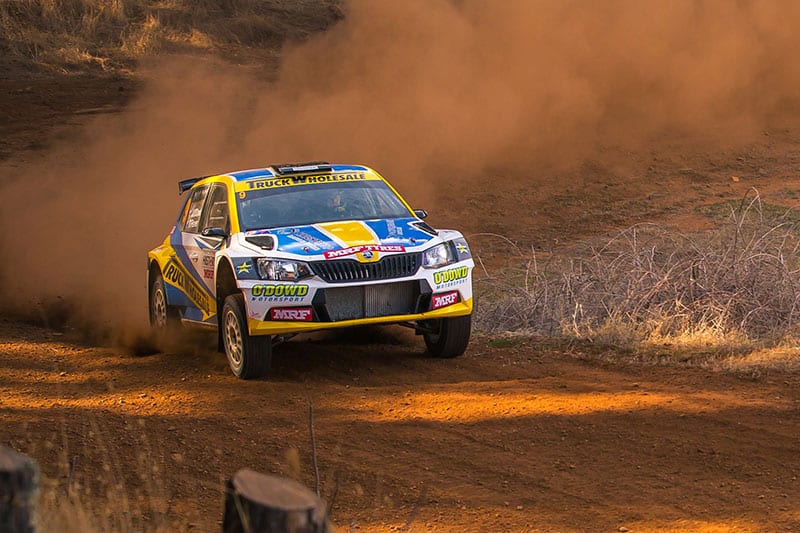 The current WA Rally Champion purchased the Skoda with the intention of not only moving forward in the Australian Rally Championship, but is also determined to defend the WARC title he won in 2018.

“It was great winning last year, but it’s whetted my appetite for more”, the West Australian commented. “And with the state rules now allowing R5 cars to be used, the timing was perfect.

“We had a really good run at the Forest Rally. I managed to win the WARC section of the event as well as scoring equal fifth in the ARC section. So it was a really good result for the first time in an all-new car.

“My main goal for Forest was to get as much experience as possible with the car and to bank as many points as possible. We did that, so now we have a little bit of a points lead in the state series, and another opportunity to gain more experience in the R5.

“Being the only R5 in the field is definitely an advantage. All of the other competitors are in production-based WRXs and EVOs. So, on paper anyway, we have that advantage. That said, we’ve still got to make it to the finish line and bank points.

“I’d like to explore the limits of the car a bit more, but I’ll need to temper that with the knowledge that if I make any mistakes, there are really strong crews, like Kody Reynolds and Stephen Oxley, ready to take advantage.”

O’Dowd’s decision of compete at Karri means he misses the second round of the ARC in Canberra, which is also held next weekend.

“It wasn’t too hard a decision to make. They are both one day events, so in terms of gaining experience with the Skoda, they are pretty much equal.

“Realistically I have a better chance of gaining the best possible championship result at Karri. Plus, it’s much cheaper than traveling all the way to Canberra for a one day event. So it was a pretty easy call to make.”

And while Canberra may be off the menu for O’Dowd, the rest of the national events are in his sights.

“We’re making plans for all of the other ARC rounds. There will be a fair bit of travelling across the country, but I’m determined to contest as many as possible this year.

“Tasmania will be all new to me, but I’ve competed previously at the South Australian, Ballarat and Coffs Harbour events. We’ve some good experience there and hopefully we can get some good results.”

The Trade Hire Karri Rally is held next Saturday, May 11th, with service park based in Manjimup and forest stages run near Nyamup.