John O’Dowd’s win at the weekend’s Karri Rally was hard-fought. So much so, his fellow podium placegetters were all within 15 seconds.

O’Dowd and co-driver Toni Feaver’s rally began well after a radiator issue forced their retirement at the last round. They won the opening two stages to clear their rivals by a small margin. It would be a lead they’d never relinquish.

Series leader, Ben Searcy, started the day slowly, and after the first two stages, was in fourth.

He then stepped it up on the treacherous Yeticup stage, which remarkably caused some cars to flood during the morning’s Reece.

Searcy took almost eight seconds out of the rest of the field over the stage’s 21.38 kilometres to close the gap to leader O’Dowd.

Craig Rando was behind, and was doing more than just keeping his rivals honest.

He’d taken three second fastest stage times and was less than five seconds off the lead. It was a performance worth noting in an older Subaru Impreza WRX.

There were just two stages after the midday break. The final test was cancelled due to the aforementioned wet conditions, however, it did little to dampen the spirit.

After those final stages there was less than 13 seconds separating the top three at the end of the event.

O’Dowd and his Skoda had clinched the victory, with Searcy in second, just eight tenths ahead of a fast finishing Jack Flanagan. 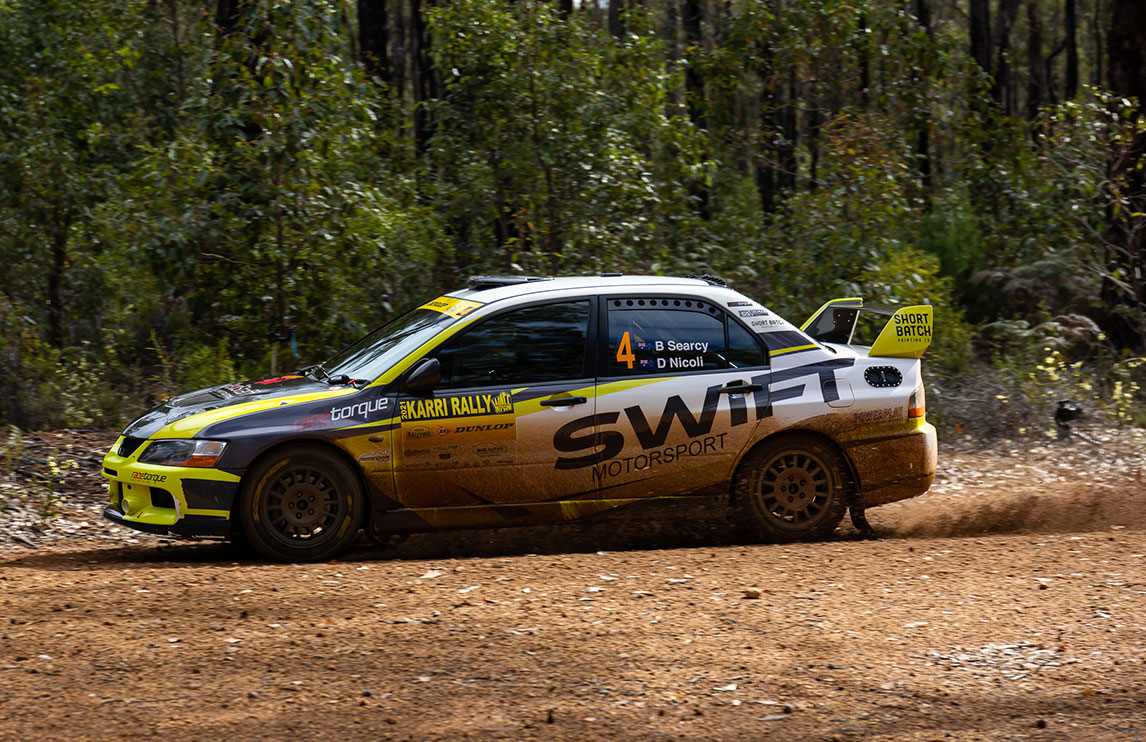 Ben Searcy recovered from a slow start to finish second.

Flanagan had won the final 13km stage of the event by over 10 seconds, but second place was just beyond his reach.

Disaster was to strike Craig Rando, however.

Lying third after the penultimate stage, his WRX would not make it through the final stage and he retired from the rally, effectively ruling him out of the championship race.

“Before the event, we were really mindful of being nearly 40 points behind Ben Searcy in the championship,” John O’Dowd explained after his win.

“Ben’s been really consistent this year and banking solid points, so the Grimwade Rally was, championship-wise, really damaging for us,” the Perth-based Irishman said.

“Add to that, a couple of stages at Karri featured long straights where we were outpaced by the EVOs and WRXs. Our top speed is just over 180km/h, but Searcy and Craig Rando would have been hitting speeds approaching 200km/h.

“So it was vital that we were ‘on it’ from the very first stage.” 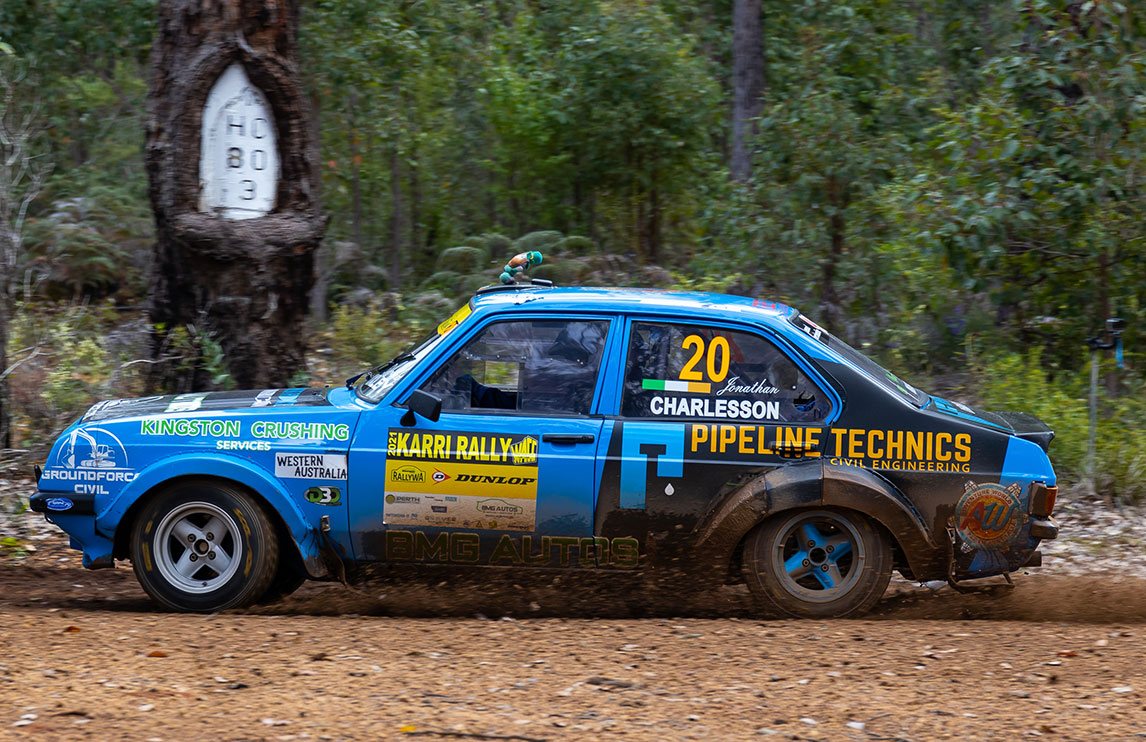 Tricky conditions with some carnage and a huge water crossing made for a really challenging event.

With two rounds to go in the series, all championship leader Ben Searcy needs to do is to bag a pair of second places.

He would then be guaranteed his first West Australian Rally Championship title.

In the two-wheel drive championship, it was Glen Alcorn who took the win comfortably in his Ford Escort RS2000, ahead of Alex and Lisa White, and youngster Max McRae in his Ford Fiesta Rally4.

The next round of the championship is the Darling 200 rally on October 2.