One of the original “Flying Finns” of rallying, Timo Makinen, has died at the age of 79.

Makinen originally came to prominence in a Mini Cooper S in the 1960s, and was then a Ford works driver in the 1970s at the wheel of Mk1 and Mk2 Escorts.

An obituary on Timo Makinen will appear in the May issue of RallySport Magazine, available May 24.. 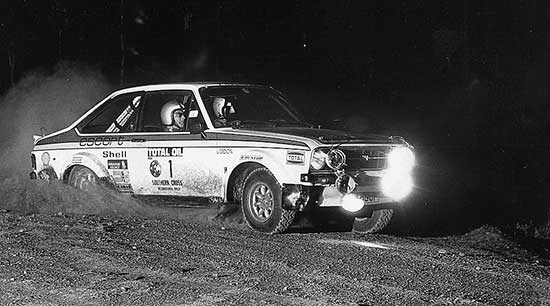 Timo Makinen competing in the 1976 Southern Cross Rally in Australia.