Paddon goes back to basics in Poland - RallySport Magazine
×

Paddon goes back to basics in Poland 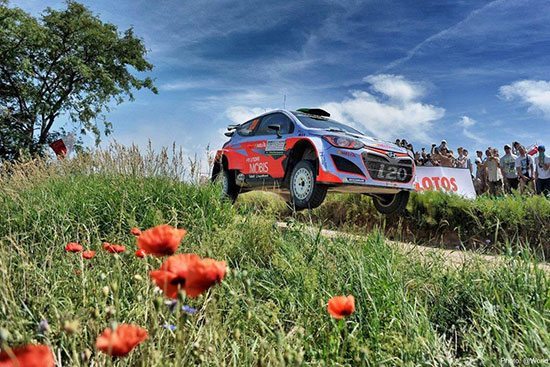 Hayden Paddon with co-driver John Kennard will be taking a back to basics approach with this weekend’s Rally Poland.

The Kiwi rally star is putting the disappointments of not finishing in Portugal or Sardinia behind him, saying: “’We have forgotten about recent events and the key for this rally is to go back to basics and simply enjoy the thrill and driving inside the car.

“Coming from New Zealand, we have always enjoyed the fast stages like we’ll experience in Poland. It’s a rally we naturally enjoy with some of the fastest stages of the championship. These are more to my liking and with a good test in Poland last week to fine tune the settings on the car, we’re ready.

“Our sole target for this rally is to enjoy ourselves and not push for any result. Obviously we want a good result, but we have to let that result come to us. It’s key that we stay relaxed and that we don’t rush the process too quickly.”

Paddon will be running fifth on the road for the special stages on Friday and Saturday, a position dictated by his current fifth position in the WRC drivers’ championship standings. The sandy Polish roads tend to favour the early runners and can be cut up by the repeated loops.

Rally Poland is made up of 21 special stages run over a competitive distance of 306.1km. Just four stages will be the same as in 2015, while two were contested in previous years.

The action starts on Thursday evening in Mikołajki, part of the Masurian Lake District a few hours north of Warsaw , before nine stages on Friday north east of the city. On Saturday crews travel further north towards the border of Kaliningrad for three repeated stages and end the day for the third time with the Mikołajki Arena. Sunday is a short 59.6km day with four stages.