WRC star Paddon, who grew up in nearby Geraldine and learned to drive on these rural roads, won 10 of the 11 extremely fast stages to earn his third win from three starts at home in New Zealand and extend his lead in the championship alongside long-time co-driver John Kennard.

Force Motorsport boss and current NZRC champion Andrew Hawkeswood, with co-driver Jeff Cress, bagged a terrific result for the Mazda outfit by finishing second in his return to the championship. It was bittersweet for Hawkeswood however who inherited second place when the sister car of Australian Brendon Reeves and co-driver Rhianon Gelsomino suffered some electrical drama on the final stage at Levels Raceway. Separated by less than a second going into the final test, Reeves dropped to eighth overall. 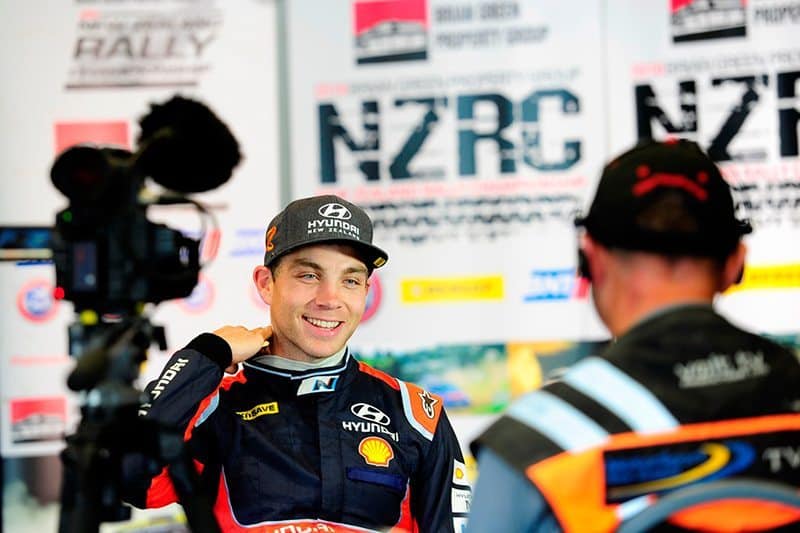 Reeves’ wasn’t the only hard-luck story however as championship contenders Ben Hunt and Tony Rawstorn (Subaru) and Matt and Nicole Summerfield (Mitsubishi) found themselves in contention earlier in the day only for mechanical issues to thwart their charge.

Hunt managed to beat Paddon on special stage three – the first time Paddon has not won a stage in this year’s championship. The Subaru driver was given the Hella Moment of the Rally for the achievement.

Darren Galbraith and co-driver Rocky Hudson battled to an impressive third place in their first event since Rally Otago and the pair was given the Dunlop Drive of the Rally.

Marcus van Klink and Dave Neill was the leading 2WD outfit and claimed top spot in the Gull Rally Challenge category to improve their championship lead. Deane Buist and Karl Celeste finished second – almost a minute behind the Mazda RX8.

Dylan Thomson and Amy Hudson claimed a fourth-successive win in class two 2WD to all but secure the championship with two rounds remaining. Robbie and Amy Stokes were second in another Ford Fiesta.

John Silcock and Grant Marra extended their championship lead in the historic 2WD category, taking advantage of a DNF from Regan Ross and Samantha Gray to claim a second straight win in their Mazda RX7.

The series heads north to the Goldrush Rally Coromandel in August.