Paddon to push 100% at Rally Finland 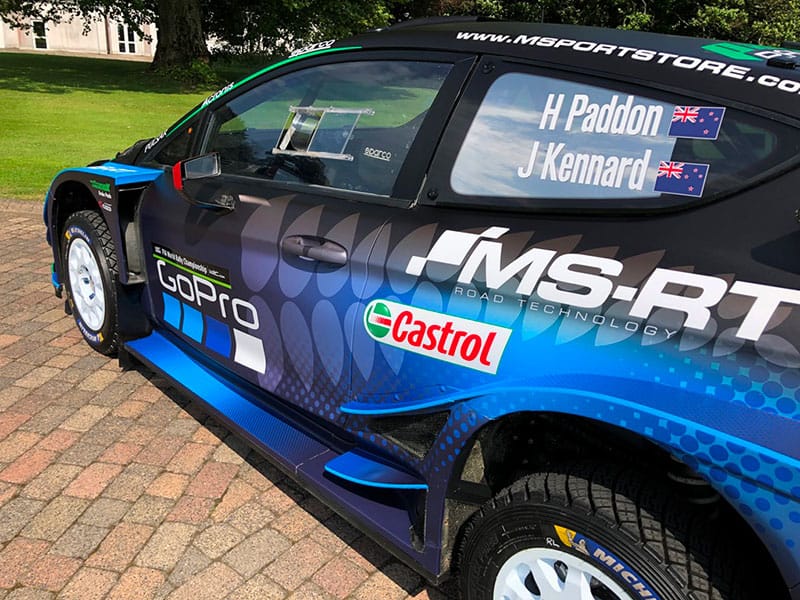 With John Kennard returning to his co-driver’s role, Paddon is feeling as ready as he can be for his tenth run at the high-speed rally dubbed the Finnish Grand Prix which takes place 1 to 4 August.

“When it’s a one-off rally like this the only target is to push 100 per cent,” says Paddon prior to a one-day test with the team in Finland. “We need to try and make an impression to help any discussions to get back into the WRC. What that looks like results-wise depends on many variables but all I can say is that we will be giving this rally everything.”

Paddon has never stopped believing he is capable of returning to the top level of world rallying, a belief shared by his backers and commercial partners in New Zealand who helped secure the opportunity to contest Rally Finland with M-Sport.

“In a way I have been making sure I’m rally-ready all year,” Paddon says, “so once we got confirmation that we were competing in the M-Sport Fiesta, it was more about preparing for the specific Finland stages and working on updated pace notes with John. Luckily a lot of the rally stages are same as last year which makes it easier for us – especially when we will have so many other new things to ensure we’re prepared for.”

“Last year was the most competitive we have been there. It’s such a tough rally as the locals are so fast and the competition is so tight. But it’s also one of the most enjoyable rallies of the year. I know the challenges ahead but am also confident in myself to know I can deliver. If I didn’t think I could deliver, I wouldn’t keep chasing this, but WRC is where I need to be and where I feel I can offer a team a lot for the future. But sitting at home was never going to achieve that.”

Paddon says that the M-Sport team has been very welcoming.

“In a short space of time we’ve had lots of positive communication. We are a little limited with testing with just the single day test on the week of the rally. The sole purpose will be to find a good feeling with the car and get comfortable. But the team will help us to find this quickly.”

Having competed together consistently since 2006 until 2017 and then during various domestic events more recently, Paddon and Kennard will both easily slot back into their smooth-running, in-car partnership.

“It will be just like old times to be back at a WRC event together, but obviously we have still been doing rallies together in New Zealand and it all seems pretty natural still. To compete together again in the WRC is great as we didn’t even know that Argentina 2017 was our last WRC event together until after the rally. There aren’t too many route changes from last year and we have lots of good information which will help both John and me.”

Blenheim’s John Kennard, who turned 60 in February, is equally excited to return to top level competition in Finland, his second home. “It’s a fantastic opportunity for us both and one I never, ever expected to have.

“Naturally I’m already starting to get the “thought you’d retired once” digs and there’ll obviously be a bit of trepidation, as I haven’t done an event in a WRC car for over two years. But super-fast events like this are so much fun in a modern WRC car, that I’m sure I’ll slot back into it quickly and with a huge smile.”

Paddon and Kennard get to shakedown their M-Sport Fiesta for the first time on Thursday morning before Neste Rally Finland officially gets underway on Thursday evening with a mixed-surface street stage in central Jyväskylä, the rally’s host city. Friday brings 126.55km of smooth, uber-fast gravel roads west of Jyväskylä and ends with another run through the street stage.

Saturday’s 132.98km of competitive stages means more than 14 hours out on touring and special stages for crews with the day’s last stage not starting until 6.30pm local time for the first car. Sunday’s 45.74km finale heads east for two runs at two classic tests – Laukaa and the big jumps of Ruuhimäki. The total rally distance is 1373.67km – 307.58km of special stages and 1066.09km of touring.

Guest column: Hayden Paddon – “I love those roads and jumps”