Rally fans will be able to see some of the world’s best motorsport mechanics ply their amazing skills when Pedders Rally Central returns as the action hub of Kennards Hire Rally Australia in November.

Pedders Rally Central, located at C.ex Coffs International Stadium in host city Coffs Harbour, New South Wales, will be the service headquarters for around 80 international and Australian rally cars during the 14-17 November finale of the 2019 FIA World Rally Championship.

While crews and cars return from the competition stages to Pedders Rally Central for repairs and replenishment, the venue also will host a variety of entertainment offerings, including video super-screens showing live WRC action, trade displays, souvenir shops and food and drink outlets.

A highlight will be the popular Meet-the-Crews sessions on Thursday, Friday and Saturday, when the day’s top-three top WRC drivers and their managers visit the Pedders Rally Central stage for lively public interviews hosted by renowned WRC commentator Becs Williams. 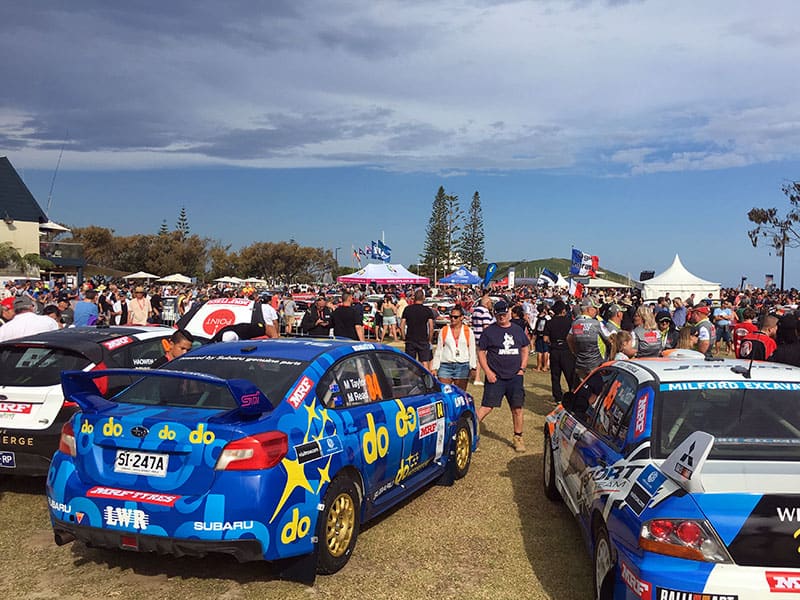 But the real attraction for serious fans will be the opportunity to see the World Rally Cars up-close in their team service bays and watch their mechanics in a race-within-a-race to get their crews back in the rally.

The mechanics are renowned for their often-miraculous repair work – even major mechanical parts such as gearboxes or suspensions can be replaced in minutes. Fans crowd around the team garages to watch the mechanics’ progress against the clock, creating an exciting atmosphere.

Brothers Mark and Scott Pedder, grandsons of the company’s 1950 founder Roy Pedder, have been among Australia’s most prominent rally drivers at home and overseas. Scott’s entry in the WRC2 category in 2015-16 supported the company’s expansion into Europe.

“A visit to Pedders Rally Central will be the easiest way for anyone to get a taste of the World Rally action. Entry will be free and open from Thursday to Sunday and the entertainment will be non-stop.”