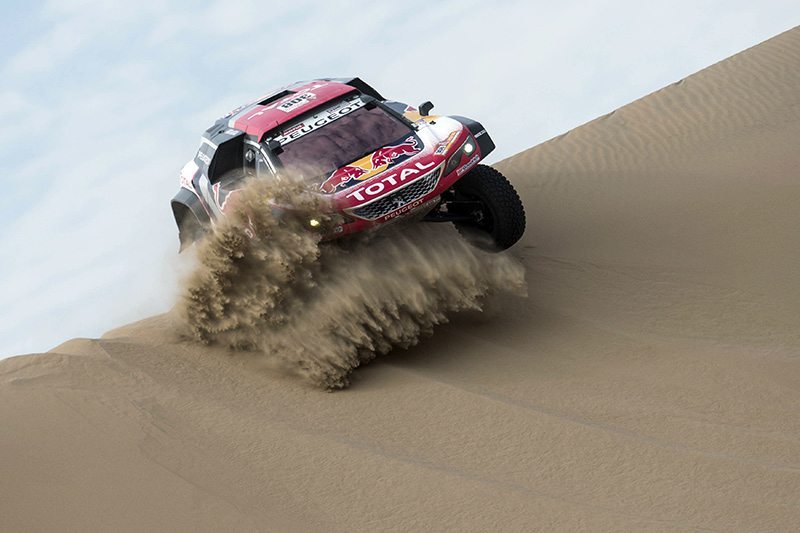 American Bryce Menzies became one of the first major casualties of the 2018 Dakar Rally after crashing his Mini just six kilometres into the 267km special stage around Pisco, Peru.

Both Menzies and his co-driver escaped without serious injury, but the damage to the car means their debut Dakar is over.

Menzies said: “I am alright, I was more worried about my co-driver who broke his ankle. I feel really bad for the whole team. We were running on a graded road, I thought it was a smaller bump than it was and we flipped six or seven times.”

Tomorrow (Monday) sees the longest day so far with a 208km liaison followed by a punishing 296km special stage which finishes in San Juan de Marcona.

After a frustrating opening day for Team Peugeot Total, the 3008DKR Maxi flexed its muscles on the first long stage to dominate the leaderboard.

Cyril Despres won his second ever stage with the team, and with it taking the overall lead, by bringing home a Peugeot one, two, three in front of Stéphane Peterhansel and Sébastien Loeb.

Despres said: “I saw a couple of crashes and cars getting stuck, we are not at home here, you have to take your time to get through and get experience.” 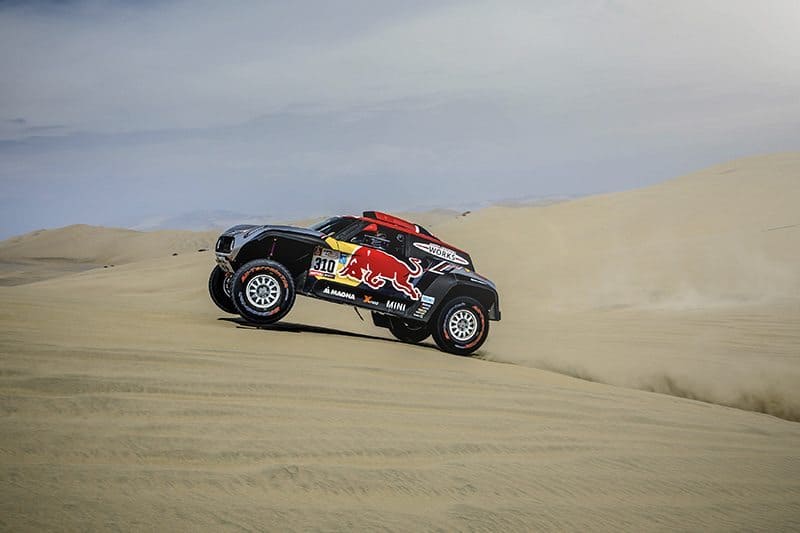 Bryce Menzies became one of the first major casualties of the 2018 Dakar Rally.

The riders were aided with their navigation on Sunday as the cars had started proceedings, leaving tyre tracks which riders could choose to follow.

Walkner said: “It was hard physical riding with really soft sand. Starting behind the cars made the navigation easier though.”

Ignacio Casale’s positive early race form continued as he made it back to back stage wins. The Chilean extended his overall lead over Sergey Karyakin who finished second, 43 seconds behind.

2017 champion Eduard Nikolaev confirmed he is the man to beat again this year as he manoeuvred his Kamaz Master truck to the top of the leaderboard with a dominant victory in Pisco. The Russian was three minutes quicker than Federico Villagra, with Aleš Loprais third.