Exactly six months since the 2016 World Rally Championship round in Corsica, the WRC is back there again, this time representing round 4 of the 2017 series, the Tour de Corse (April 7-9).

The pressure of short time on the organisation has been eased by using very much the same route as the 2016 event, the main difference being that there is no overnight parc ferme in the centre of Bastia – only a promotional visit to the town on the Friday evening.

There will be 316km of stages and total distance of 1080km.  The headquarters and the service park are again located at Bastia airport, the start will be down at Ajaccio on Friday morning and the official finish on Sunday afternoon will be at Portovecchio.

It has been some years since the WRC calendar arranged a full asphalt rally to be run so early in the season.  This year there is the visible excitement of seeing the 2017 formula World Rally Cars looking their most exciting in full asphalt suspension set-up.

The 2017 calendar means that the first five events in the series (this year Monte Carlo through to Corsica) remain specialist events, so that the first true traditional competition performances will only be expected in round 6, Portugal.

The Tour de Corse remains the undisputed definitive asphalt event in the calendar, the never ending curves and corners and the fast-changing weather conditions on this mountainous island making the Tour de Corse unique in the sport.

The world championship registered drivers, except for the DMack driver Elfyn Evans, use Michelin tyres, who for this event provide two designs, normal asphalt tyres, special wet weather asphalt tyres, with the prime tyres being with hard compound.

There were originally 83 entries including what would have been a record 12 2017 version World Rally Cars, 15 in both WRC2 and WRC3, two R-GT cars (Dumas’ Porsche and Delecour’s Abarth 124 Rally), but no WRC Trophy cars, but the OneBet Jipocar 2017 Ford of Mads Ostberg was withdrawn.  There are two non-registered Fiesta WRC entries from French privateers.

The overall number includes 17 cars running under French national rules, while the 15 WRC3 cars include 10 running in the new Fiesta-based WRC Junior category, for which this is the opening round in which DMack becomes an official FIA rally championship partner for the first time.

Two French non-seeded drivers are entered in earlier version Fiesta World Rally Cars and in total there are 22 R5 cars.  This is the first time Citroen’s three top drivers (Meeke, Breen and Lefebvre) face each other in equal cars, but Toyota again only enters two cars.

Championship standings after the first three rounds is M-Sport continuing to lead the Manufacturers’ series 36 points ahead of Toyota Gazoo, with Hyundai and Citroen both 10 points behind.

In the Drivers’ series, reigning champion Sebastien Ogier leads Jari-Matti Latvala by eight points, with Ott Tanak a further 10 points behind.  In WRC2, Skoda driver Pontus Tidemand leads Ford driver Eric Camilli by eight points, while in WRC3, the series is led by Raphael Astier in front of Luca Panzani, both of whom scored on the opening round, but no WRC3 drivers finished on the second and third events.

Fresh from victory in Mexico, Corsica is the first time that Citroen Racing has run three C3 WRC cars.  These are the same cars as in Sweden for Kris Meeke and Craig Breen with a new chassis (#8) for Stephane Lefebvre.  Test car was original C3 WRC chassis #1.

A total of four days pre-event testing was carried out in Corsica.  Curiously none of their drivers have done well on this French WRC event, the best result being Meeke’s fourth place in the rain in the wet on the 2015 event, though he won stages during inconsistent 2016 event when running order allowed.

Regarding the remarkable last day handling problems experienced in Sweden the team’s final analysis is that the sudden deterioration in handling was a set-up issue related to changing weather conditions rather than mechanical failure, coupled with the inexperience of the drivers with this car in low grip conditions, as well as the lack of pre-event testing experience in these conditions.

Five days of testing in Corsica, in the area north and south of Bastia, with two days each for Neuville and Sordo and one day for Paddon.  Paddon had an additional asphalt test in Italy with an R5 before competing on the Sanremo Rally.

Special challenge for the team?  The team has been leading in two events, but with no victories. The other three WRC teams have each won a rally – but none for Hyundai!

Hyundai stated that the current format for the Tour de Corse is logistically practical especially because the service park is so close to the airport.  There is also good hotel availability in the area and the location of the service parks is convenient for spectators.

Team reports that New Generation i20 R5 sales are progressing well with over 20 cars already delivered to customers.

Their usual three 2017 cars for Sebastien Ogier, Ott Tanak and Elfyn Evans.  Reason for Ostberg’s entry cancellation was due to lack of guarantee of delivery of asphalt parts for the car newly developed by M-Sport in recent asphalt testing work.  There are still no plans yet for a second OneBet Jipo car for Martin Prokop.

The M-Sport team carried out over 1200km of testing, with all three team drivers, in both Bastia and Aleria regions.  Recent changes for the team’s long service 2017 test car chassis number 1, now carrying its third different registration number!

Experiences from Mexico: It is assumed that Evans’ embarrassing engine change before the start in Mexico was again due to a sensor issue.  Regarding Ostberg’s rear wing failure in Sweden, the broken pieces were sent to the supplier for inspection, but no fault was found and no modifications have been made in the team.

M-Sport stated experience last year with the Bastia service park worked well, which had been a big improvement on the horrendous 2015 event, the year France’s round returned to the island from the Alsace region.

Same two cars as used in Sweden, still only with Jari-Matti Latvala and Juho Hanninen.  The pre-event test was five days long with the test car ET 4.

Experiences from Mexico (A) the team believes that overheating issues in Mexico would have been less severe for them if the stage concerned had been run as scheduled at midday when it would have been cooler, as it would have given the team a chance to try to redress the problem before the re-run in the late afternoon, when it was hotter.

(B) regarding the brake troubles.  (Toyota was the only 2017 WRC team to have brake troubles in Mexico though many R5 crews had problems on the rally.)  The brake cooling issues occurred because it had not been possible to develop ways to use the intended brake cooling system after testing showed this created other associated issues.

The team is confident that recent development work will resolve this issue. 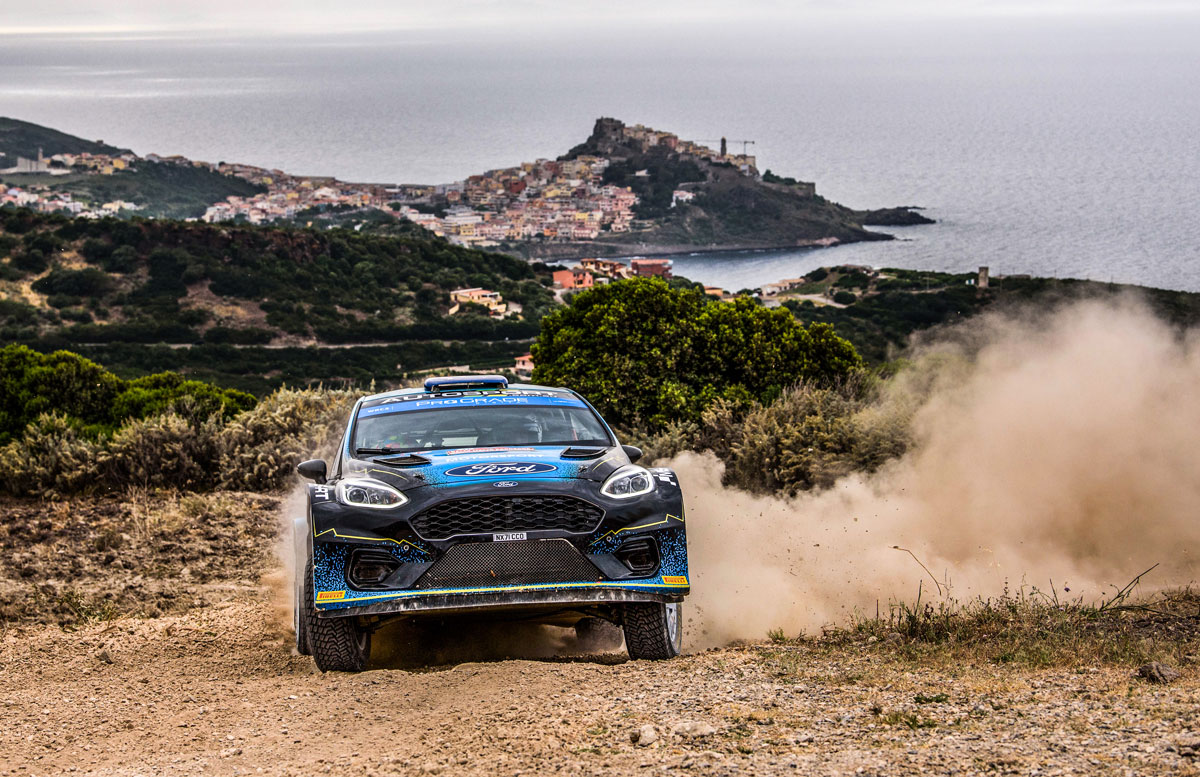