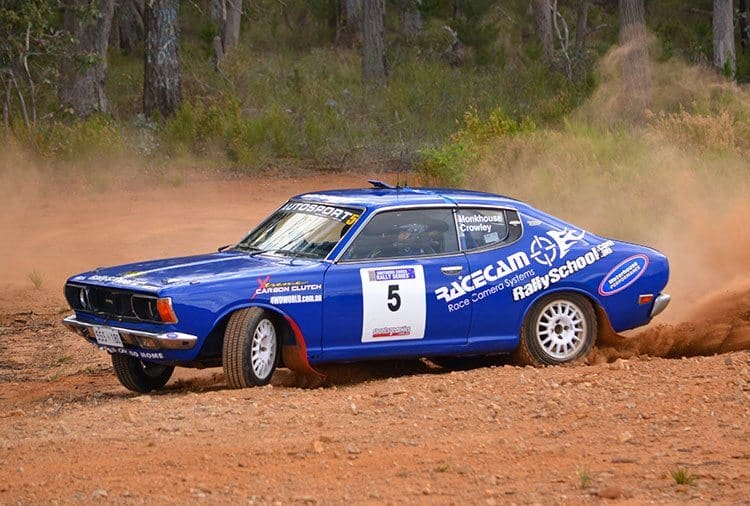 The 5th round of the AMSAG Pipe King Southern Cross Rally Series will be conducted in the forests around Orange this Saturday for the running of the John Giddings Memorial Rally.

With the weather forecast for the Central West of NSW including the chance of snow, event director Peter Crich has set a challenging event with the 36 entries required to complete almost 180 competitive kilometres of rallying.

Sydney drivers Tim Joass (Evo2), Chris Jaques (Evo9) and Phil Pluck (WRX) have all shown stage winning speed in the series to date. Justin Griffin (Corolla NP) joins the series and is expected to be in the mix, along with south coast regular Mark Kent (Evo3).

Local hopes of victory are held by Ron Moore (Evo6) and Joe Chapman (WRX) with both having won this event in the past. Taree stalwart Peter Neal (WRX) is running second in the series after a string of consistent results and will be looking to close the gap to Plenderleith ahead of the final round at John’s River in November.

Andrew Travis has entered the 2WD Gazelle in the Open Category and will push the 4WD vehicles to the limit.

The Classic category will see Michael Valantine (1600) and PJ OKeefe (Escort) looking to challenge. Oberon winner, Dave Hills, in the PipeKing Escort. Wagga’s Wade Ryan (180B) cannot be discounted and Peter Thompson (Celica) will be looking for a high finish to aid his series aspirations.

AMSAG always has a few unique cars competing and the Orange Rally will see a Dazda, BMW 2002, Triumph Stag and Plymouth PE all add much needed variety to the sport.

The event is fully catered, with competitors enjoying the social aspect of sharing breakfast, lunch and dinner with other competitors and team-members.