The 2018 World Rally Championship season ends at Rally Australia (15-18 November) with incredibly close three way battles in both the Drivers (Ogier, Neuville and Tanak) and the Manufacturers (Toyota, Hyundai and M-Sport) world title series.  Twenty-four homologated cars have been entered in the WRC event, plus five admitted under National rules, while another 16 cars are also entered in the concurrent national free-formula championship rally. There are 12 World Rally Cars, including last year’s WRC Trophy champion Joudain Serderidis with a 2017 specification Fiesta, but only four championship entries in WRC2, and two in WRC3. Skoda Motorsport, whose driver Jan Kopecky won the WRC2 title in Catalunya, has not entered, but Enrico Brazzoli, who has already clinched the WRC3 title, has entered and intends to compete. 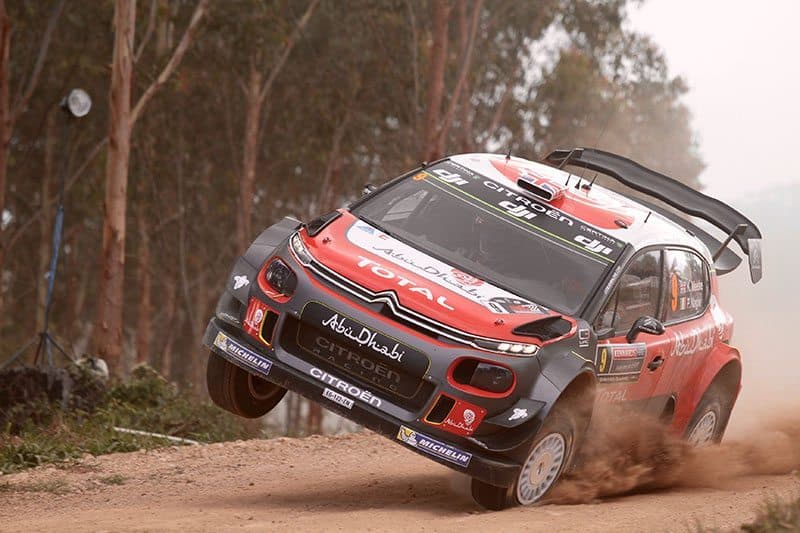 It was a disastrous Rally Australia for Citroen in 2017, with none of their cars completing all the stages. Photo: Peter Whitten

Citroen, who are out of contention for the Manufacturers’ title, has only entered a two car team (Ostberg and Breen), but the other teams have entered their usual three car teams. Major non-championship R5 entries include Eli Evans (Skoda) and MRF tyre development driver Gaurav Gill (Fiesta), while among the National entries are two rare 11-year old Australian homologated Toyota Corolla S2000 cars, while the only AP4 car on the event is Harry Bates’ Yaris.  Last year the WRC rally had 33 starters. This is the seventh time the New South Wales coastal resort town Coffs Harbour has hosted the Australian WRC event and is the eighth year the event has been run out of an East Coast base. The rally concentrates on the gravel stages for two days in forests (Friday and Sunday) to the north of the rally base at Coffs Harbour (New South Wales), while the Saturday stages are held in forests to the south. 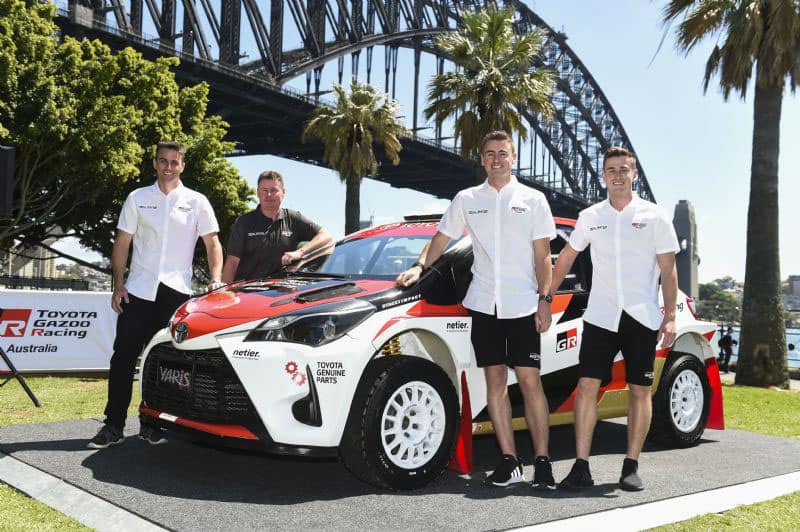 Main changes this year concern the layout of the rally around Coffs Harbour.  The rally show and the Ceremonial Start this year will be held on the Coffs Harbour waterfront, while the podium finish will be at the end of the final stage in Wedding Bells forest. The service park is a short distance to the south of Coffs Harbour. All the stages will be held in daylight.  As customary, visiting drivers will participate in various adventure activities before the rally, including “going Tarzan” in a sub-tropical adventure park and enjoying toboggan slide racing at the local Big Banana park. Drivers are invited to an end-of-season Gala dinner ceremony in Sydney the day after the finish. As soon as teams return to European, work begins for Monte Carlo. There was recent confusion in the Australian national rally championship when Eli Evans was provisionally excluded at the previous qualifying round, but this has settled down after his penalty was rescinded.   He is now the odds-on favourite to take the title. 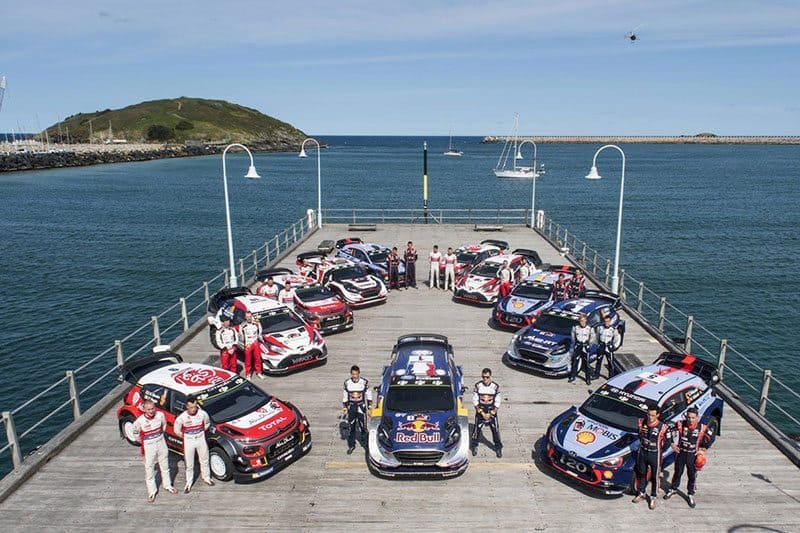 The class of 2017 on the beautiful Coffs Harbour jetty.

Basically, he just has to finish the event to secure the championship. The top placed drivers are Eli Evans (Skoda Fabia R5) 338 points, Harry Bates (Toyota Yaris AP4) 281, Steve Glenney (Subaru WRX STI) 273 and Molly Taylor (Subaru WRX STI) 260. Rally Australia Team by Team    Citroen Nothing to report from Spain except a sensational win for Loeb!  No testing for Australia, the remaining number of allocated testing days will be used preparing for 2019 season. Only a two-car team for this event: both Ostberg and Breen have the same cars they used in Wales and Germany. Ostberg’s best Australia result was fifth in 2013, Breen has competed once (2017) but crashed.  In 2015 Ostberg crashed in recce and could not start. 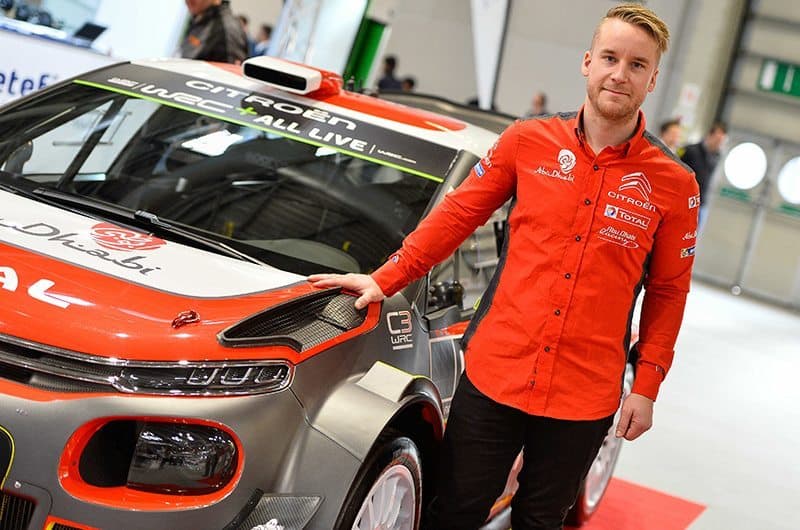 Regarding plans for 2019, programmes for new drivers Ogier and Lappi have already been confirmed, other plans still undecided.  Decision about a possible commitment to WRC2 Pro not yet made, depending on definition of required programme of events. Improved specifications for both the WRC and R5 cars are planned for 2019. Hyundai No unexpected surprises or technical issues in Catalunya.  Sordo led at one point, Neuville had been second, but Mikkelsen suffered as a result of car’s set-up on the gravel stages and was off the pace on the asphalt stages. Australia will be the 100th WRC event for Mikkelsen.  Cars will be unchanged for Australia and the team will not make any testing specifically for this event. Mikkelsen has his Turkey and Germany car, Neuville has the car he last used in Monte Carlo, Sweden and Mexico, Paddon has his Turkey car which was the car Sordo used in Germany. https://twitter.com/HMSGOfficial/status/1061769280197283843 Both Neuville and Mikkelsen have won this event before.  No decisions yet on which rallies Paddon and Sordo will run in 2019. M-Sport Spain produced no technical dramas, but there was an encouraging result for Ogier.  No testing has been carried out with Rally Australia in mind. It is to be the final rally with M-Sport for Ogier who is to have chassis 4 (now re-registered), last used by Suninen in Sardinia.  Ogier had a hat-trick of Australia wins 2013-15 with VW. Evans has competed in Australia three times.  Suninen has never entered this event. Both Evans and Suninen will have the same cars they used in Spain and Wales, while the team will run the non-championship entry for Jourdain Serderidis in chassis 3, Block’s car in Spain and Serderidis’ in Germany. https://twitter.com/MSportLtd/status/1060959523597438976 All cars have original aero designs, Ogier uses Sachs damping, the other cars use Reiger. As for 2019, no WRC driver announcement due before Rally Australia, but M-Sport are working hard on a new R5 car ready for involvement with WRC2 Pro.  More aero work is anticipated on WRC cars in 2019, but the level of participation in WRC is not confirmed at this time. Toyota Usual three car team, with Esapekka Lappi making his last appearance with the team before moving over to Citroen next year.  He was the higher placed Toyota driver on this event last year. 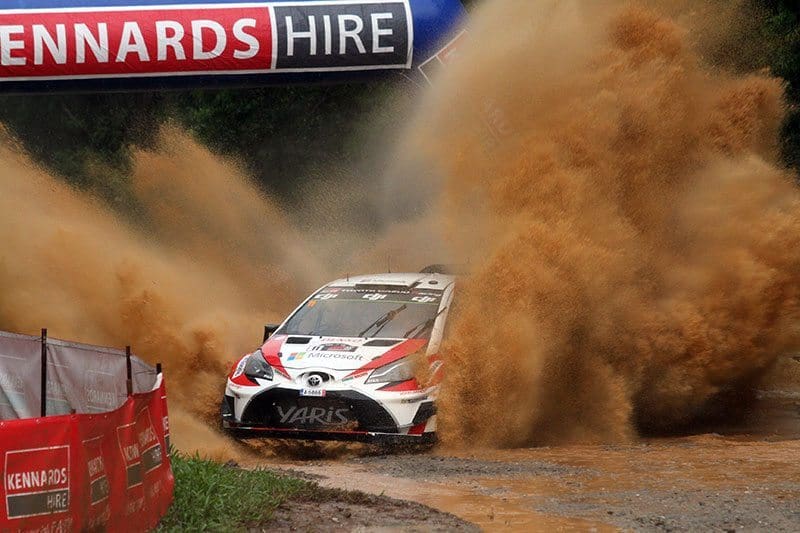 Current Toyota drivers have not won this event before, but Latvala finished second three times and Tanak second once. Happiest Australian Toyota memory was the very long awaited victory for the four-wheel drive Celica ST165 in 1989 in Perth. Recent Toyota Gazoo Racing news is the launch of an Australian operation which is to run Yaris AP4 cars in 2019.
VIP Exclusive Content
Get full, exclusive access for only $6.55/month.
Subscribe Now
Already have an account? Sign in