Toyota star, Ott Tanak, will take confidence in his gravel speed ahead of the World Rally Championship finale in Australia.

The Estonian is still a mathematical chance of the title in Australia, and like expected, will keep pushing.

He has clearly been the quickest driver in the second half of the season, and will be looking to continue this.

“I am going to give it my all in Australia. I still have a mathematical chance in the drivers’ championship, and even though it is not really in my hands, I will keep pushing and not give up,” Tanak said. 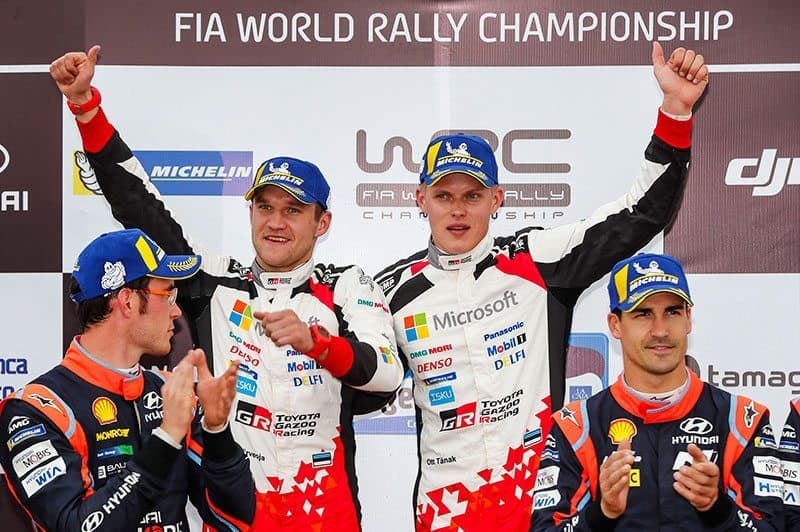 Ott Tanak on the podium at Rally Argentina this year.

Team Principal, Tommi Makinen, also applauded the performance of the team in the recent rallies. "We showed good performance on gravel in Britain and in Spain, and we seem to have found some improvements in these kinds of conditions, which are quite similar to what we should face in Australia," he said. "Everybody is working hard towards our target, and with a strong car and three strong drivers, I think we have a good chance to reach it.”

Tanak is 23 points behind leader Sebastien Ogier in the driver's championship whilst Toyota hold a 12 point advantage in the manufacturer's championship heading into Rally Australia this weekend.