FEATURE: Up close with the all-new Proton Iriz R5

The Proton Iriz R5 is due to be homologated on January 1, 2019 – the eighth R5 car in the history of the category, which first appeared in international rallies in early 2013. Martin Holmes takes an in-depth look at Proton's first new rally car since the Satria Neo S2000 10 years ago. * * * * * The Iris R5 is Proton's first new rally car for use outside Malaysia for 10 years, and the first under the new structure of the Proton company, which is now run as a joint venture with Zhejiang Geely Holding Group in China. This company sells cars under brands such as Lotus and Volvo, the famous London taxis, and has shares in Mercedes. The Iriz R5 car is primarily aimed at competition in the countries where Proton have strong markets, for example FIA Asia Pacific Rally Championship, which is a very important target because that is where the Malaysian company, Proton, are based, and in Thailand, Indonesia and Australasia. 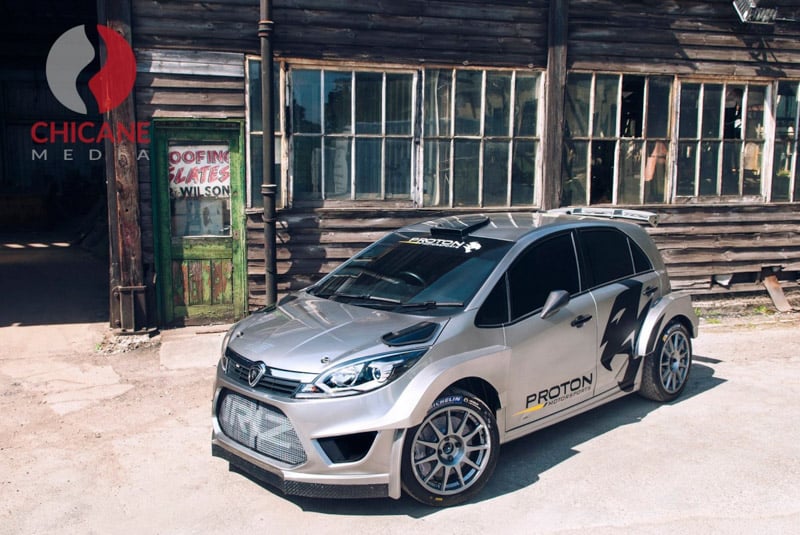 Proton's new Iriz R5 could make its debut at Monte Carlo next year.

The project is being run from Britain by Mellors Elliot Motorsport (MEM) at the scenic Derbyshire Peak District village of Bakewell, who handled the original Proton S2000 project. Physically, the Iriz will be the smallest R5 to date with an overall length of 3904mm, but with a wheelbase longer than the Fiesta, Fabia and the new Polo cars. MEM proprietor, Chris Mellors, gave us some background on this project, notably why it has been a surprisingly long time since this was originally set in motion. “One of the main problems was that the Proton company was in limbo while the deal with Geely was negotiated. We started off the Iriz R5 project in 2015, when we were given the cars and asked to start work, but Proton’s corporate plans led to everything being held up until Geely were fully in control of Proton," Mellors said. "Also, some of the delays have been due to understanding homologation procedures on an R5 car, a process which has changed quite dramatically since the S2000 days. "We also had to be very careful in our specification not to waste time making components that would not be approved.” 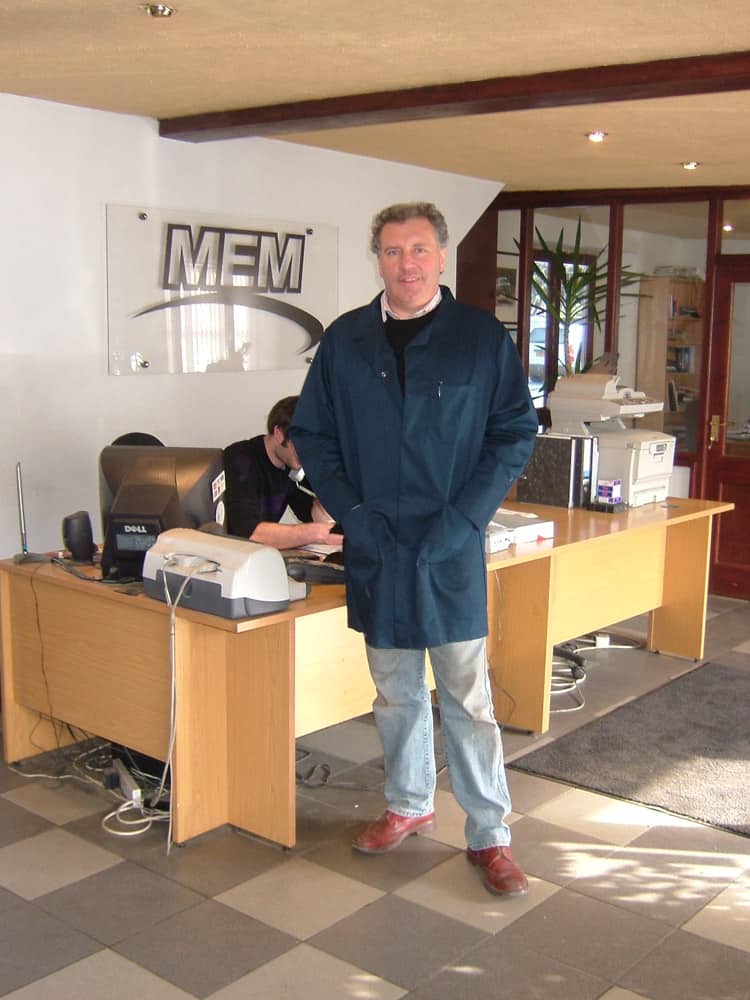 MEM faced the pressure of not being able to offset production costs by subsidising sale prices in order to meet the regulatory cost regulations. “The area where we had seriously to subsidise our costs to meet restrictions are probably in electronics, because we are running a pretty high spec which we needed to be bomb proof reliable. We will probably lose some money on the electrics on each car sold.” The hearts of competition cars are the engines. MEM are using the 4B11 engine as the basis for the Iriz 5. “This is a generic engine, shared by manufacturers. The same production engine is used in Hyundais and in the Mitsubishi Evo X. "We looked at it and decided which was the best way to reduce the capacity to 1600cc, and by reducing the bore by 1mm we could have a nice strong block. "Then we had to tailor the crankshaft/stroke to get to 1600, so that's how we arrived at the dimensions, which are completely by coincidence the same bore and stroke as the Fiesta R5.” 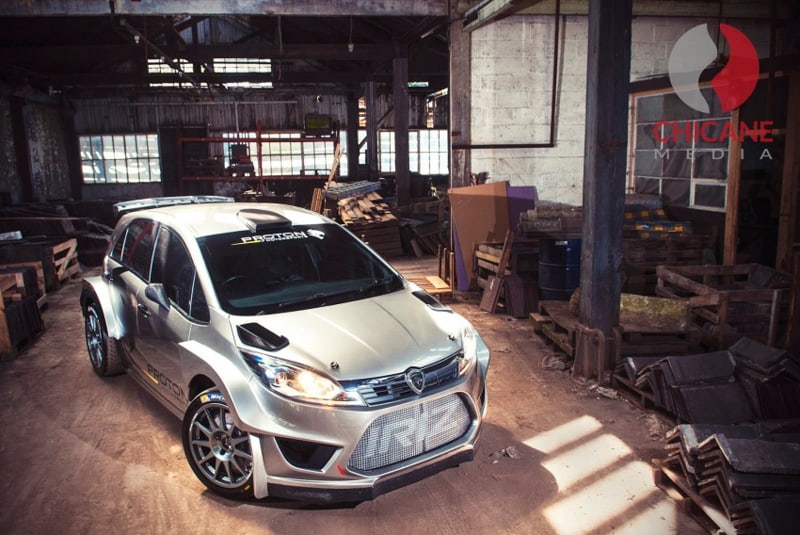 The turbocharger comes from a BMW road car. MEM has done all the engine development work. R5 rules dictate standardisation of component suppliers for each homologated R5 car. “Many of the same suppliers on the Iriz were used with the Satria Neo S2000. We used Reiger dampers on the previous car, we have moved to Brembo brakes rather than Alcon, as at that time Alcon did not have a dedicated R5 calliper that we particularly liked, and Brembo did. "The Xtrac transmission used in the previous Proton car proved absolutely fantastic, we had virtually no failures throughout the time we used them. The Iriz transmission is basically the same as the Skoda (Fabia), but with some uprated differential parts. "We have done about 3000km testing on the same transmission and it still looks brand new.” 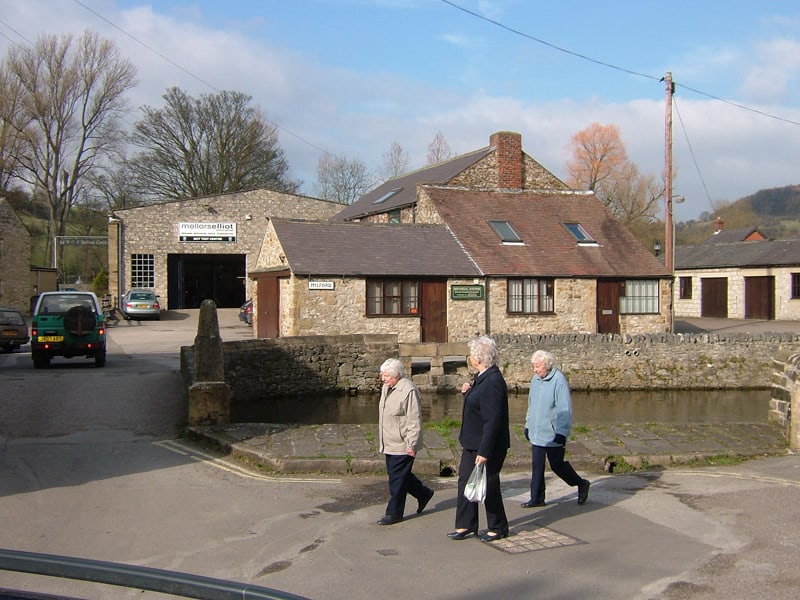 MEM's headquarters in Derbyshire look anything like a motorsport hub for a new R5 car.

With the Proton brand not being known so well, it has been important to use highly respected components, so Cosworth electronics were selected. Production of the bodyshells is going on in Bakewell at a new fabrication shop. Currently the third car is under construction and 10 R5s cars are envisaged for production each year. “We now machine a lot of suspension components rather than fabricating them, providing a much better quality of component, tighter tolerances and which we can produce a lot quicker,” Mellors explained. The two prototype cars have so far only been driven by Chris’ son Oliver Mellors, and Marcus Gronholm, and Oliver has entered various club level British events, including taking an overall win on the Cambrian Rally earlier in 2018. “We have good traction from the cars. The cars seem to be extremely strong and Marcus was very impressed with the spread of the power.

"So far we are running the car into the ground and still haven't had any failures, which is fantastic. Apart from changing a couple of rose joints, it's exactly the same components as we started testing with a year ago, which is almost unbelievable. "The suspension is extremely strong. We've machined most of it out of aluminium and that is proving very, very good.” The competition programme for the cars will not be decided until the final inspection at the beginning of December and homologation procedure is completed. “We can't afford to make entries until we've got the homologation signed off. We are hoping there won't be any problems because everything already seems to be pretty much resolved. "We would dearly love to go to the 2019 Monte Carlo Rally, it would be a great event to make a debut. We want to turn up at the first event being competitive, but it may be we will first appear in New Zealand (APRC Whangarei Rally) in May.” There is still discussion if the cars will be in a sponsor's colour or Proton colours. “We've got two sponsors that are very keen to support us next year, so we are trying to decide.” 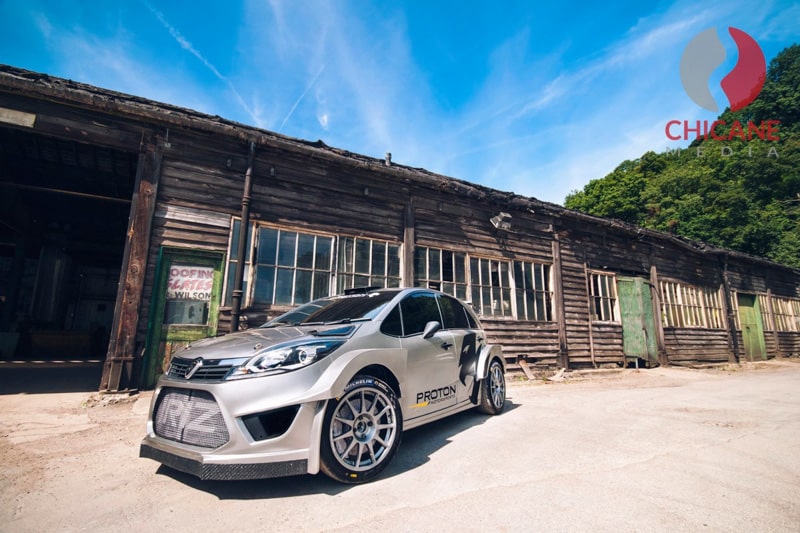 New Zealanders could get a look at the new Proton at next year's Whangarei Rally.

And what about Proton for the new WRC2 Pro series? “We will not be involved till next year (2019), but we would be very interested the year after (2020). On the face of it, it looks quite interesting. "I think at the moment there is a big disparity in WRC2 between some of the bigger teams and the independent teams. "The new series will stop smaller teams that enter WRC2 finding themselves battling with teams that have done a huge amount of testing and development, who probably do more testing than some WRC teams. "So I think it would be good to understand what WRC2 Pro and the normal WRC2 will be like.” It will be good to see the Asian manufacturer Proton active in the WRC, like in the old days. “There are some interesting new guys in the company and their spirit is vibrant. "It’s an exciting time to be involved. We learned a lot from the last car, we learned a lot about suppliers, and now we tend to do most things in-house the project is now under control,” Mellors added.