RallySport Magazine's Peter Whitten runs through his Rally Australia memories in this two-part special as we lead into what's set to be the best edition of Rally Australia yet. * * * * *

2009 was the only year Rally Australia was held at Kingscliff, near the NSW and Queensland borders, and was duly won by the incomparable Sebastien Loeb and his Citroen.

Ford’s Mikko Hirvonen took second, and hit the post-event after party with gusto to celebrate a successful weekend.

But late on the Sunday night Hirvonen’s weekend got better still, when news filtered through that Loeb’s Citroen had been excluded for a technical infringement.

Ford’s media team went searching for the Finn, as TV crews wanted an interview to get his thoughts on his unexpected win. The only problem was, Mikko was, by this stage, a little too under the weather for a serious discussion with the world’s media ……

Rally Australia has always been the best week of the year for Aussie rally fans, but September in 1993 will go down as one of the darkest days in not only the event’s history, but also the sport’s.

Rodger Freeth had a Ph.D in physics, but rally fans knew him as Possum Bourne’s jovial co-driver, and a great guy to be around. So, when Possum’s Subaru Legacy left the road near Mundaring on the first morning of the 1993 event, killing Rodger, the sport went into mourning. 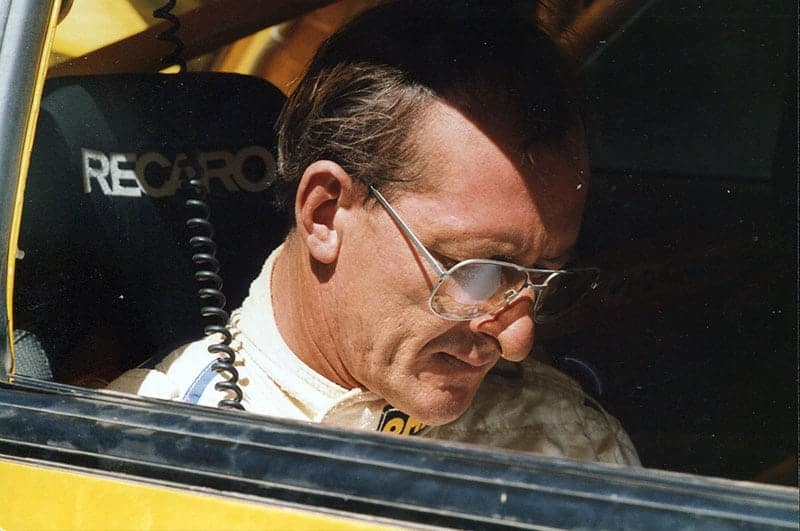 The Langley Park Super Special Stage held later that night had lost all its spark, and while the rally continued, those who knew the likeable Kiwi were left heartbroken and bewildered that an accident like this could happen.

Possum would bounce back to win many more titles, but rallying had lost one of the great ones.

The after parties at WRC rounds always seem to take on legendary status, particularly as the years go on.

Back in the early days of Rally Australia the parties were held at the Sheraton Hotel, just a stone’s thrown from Langley Park, and in the late 80s and early 90s the stars of the WRC used to really let their hair down.

Parties went well into the early hours of the morning, and many a local girl is said to have been propositioned by some of the sport’s biggest names – multiple world champions included.

Along with vision of the Bunnings jumps and watersplash, perhaps the most iconic of all Rally Australia footage is the shot of Carlos Sainz barrel-rolling his Toyota Celica multiple times in the Bunnings plantation in 1991.

But this wasn’t the first time Sainz rolled that year. In fact, it was the third occasion in which El Matador had inverted his Celica.

Locked in a tight title battle with Juha Kankkunen, the Spaniard was on maximum attack, but an early roll on a night-time tarmac stage at Curtain University cost him valuable seconds. 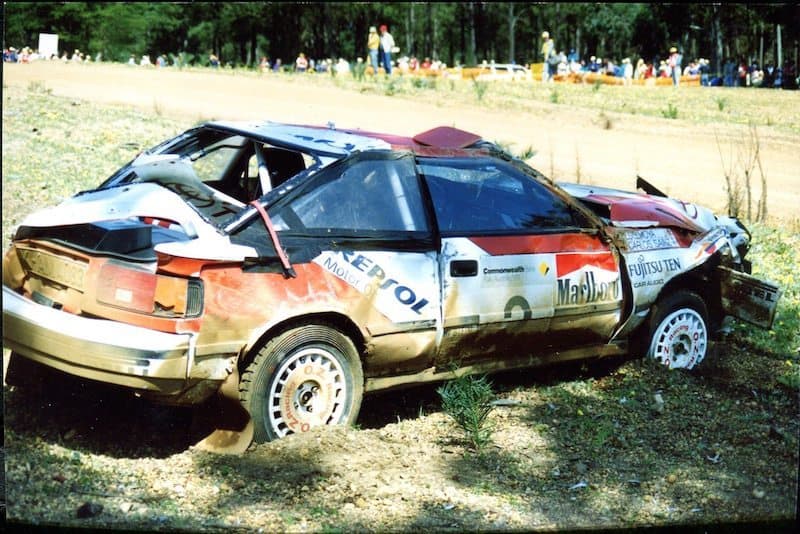 Carlos Sainz was unsurprisingly unable to continue after this roll. Photo: Stuart Bowes

A second roll on the infamous ‘Rollercoaster’ stage the next morning saw his Celica’s wheel spinning almost before they’d landed back on the ground, while the third happened when he cut a corner and tripped over a rock, sending the Celica into a violent series of rolls.

Both the car, and Carlos’ championship hopes, were done.

Things got ugly at Rally Australia in 2009 when protestors became angry and took matters into their own hands in protest of the event on the NSW-QLD border. 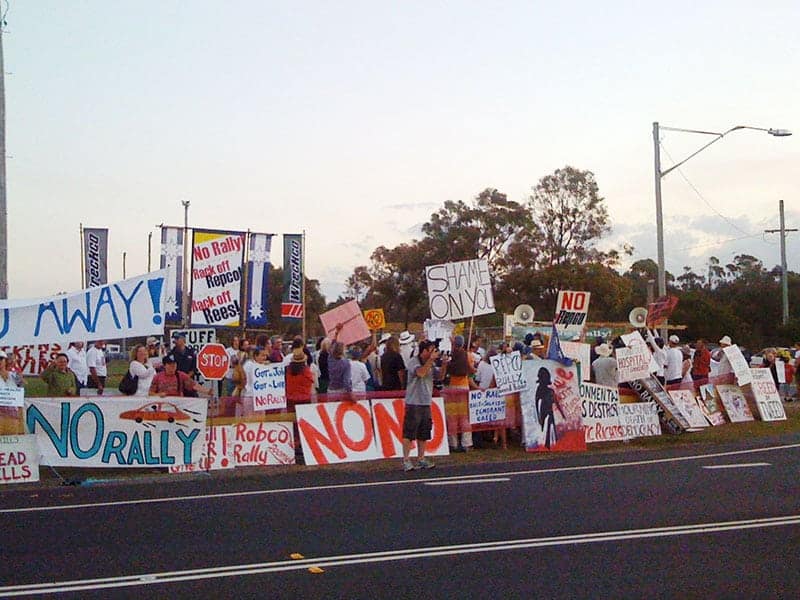 Along with placards along the route and “no rally” slogans painted on roads leading to and from the stages, those against the event even blocked roads and threatened some of the competitors as they toured between stages.

Thankfully nothing more came of the protests, but this was the only time the event visited the region, so perhaps the protestors won after all …