Ott Tanak was his usual focussed self, and here is what he had to say as he looked forward to the title battle, albeit from 23 points behind the lead.

RSM: What is the plan for you at Rally Australia next weekend? What are your thoughts?

Ott Tanak: We need to just go for the full 30 points. For us the pressure doesn’t make any difference anymore, we just have to do our event. We just go and see what happens with the others (at the end). 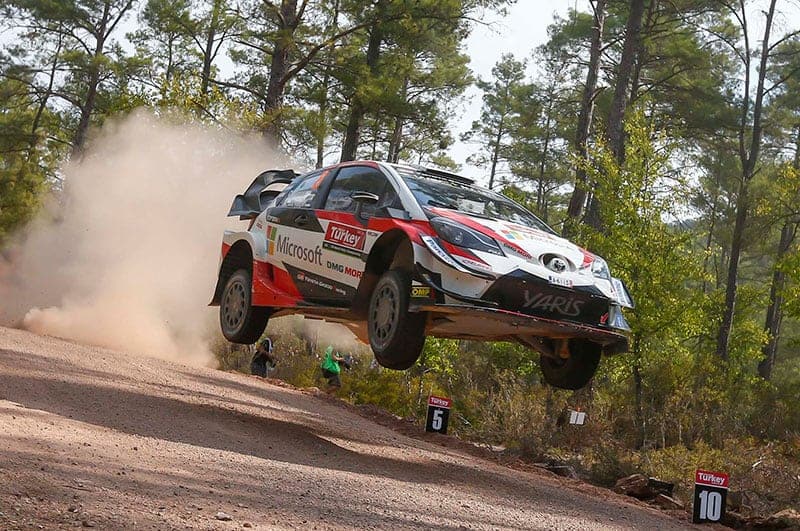 Ott Tanak will be going ‘all out’ at this week’s Rally Australia.

RSM: You had three stints at M Sport, what made you make the move to Toyota for 2018?

OT: I was really never anywhere else but M Sport! But Toyota looked like they had the most potential for the future, so long term it was to be in the best place to go for my personal goal, which is the championship title.

Jari-Matti (Latvala) and Esapekka (Lappi) were already there and they were strong teammates, and also strong backing from the Toyota factory.

RSM: So it wasn’t so much leaving M Sport, but joining Toyota for the future?

OT: Obviously Seb and I had a great relationship together (at M Sport), and we won the championship together, but let’s say that M Sport couldn’t afford two drivers like that, and I was happy to move, so I moved and Seb stayed where he was.

We had a great relationship there and we still do.

RSM: Did you drive the Yaris before you signed with Toyota?

OT: No, I wasn’t allowed to, but I had no doubt the car would be good, and it is. 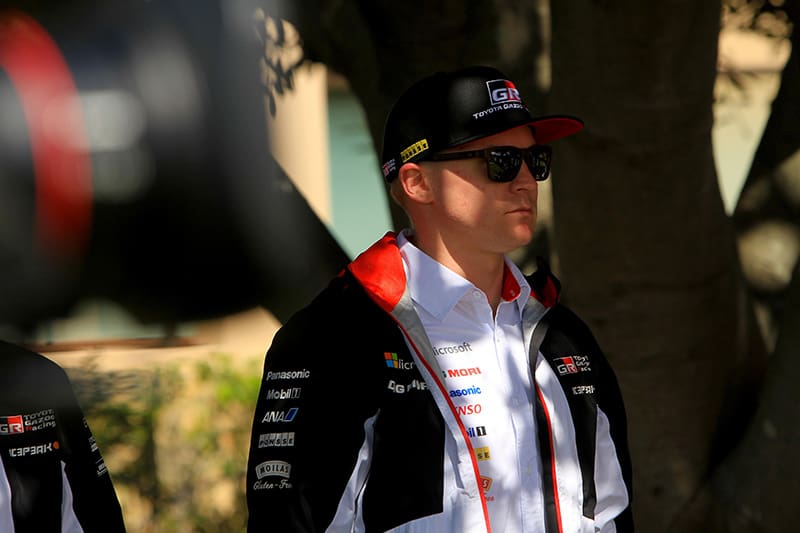 Esapekka Lappi in a pensive mood ahead of Rally Australia. Photo: Neil Blackbourn

Esapekka Lappi – a career in 5 minutes

RSM: What is your background in motorsport? Was the WRC always your aim?

But the aim was always to make a living out of it. Sooner or later the target became the WRC. When you are driving in the Finnish championship in a front drive car the target seems a long way away!

It is easier from Europe though, but if you want to do the WRC you must be in Europe.

RSM: How do you see the expansion of the WRC in the next few years, with Japan, Chile and others coming on in the near future?

EL: The WRC expanding would make it harder from the family point of view, it makes it harder for us, but most are in Europe and more overseas events mean it is harder to be away for longer.

RSM: So how do you find the travel and the time away as a family man?

EL: I find the travelling tough, especially with two kids, one a 14-week old we have now.

And it is so challenging for the wife. It is hard, but this comes with the difficulties, it can never be perfect.

RSM: Was it an obvious move to you to switch to Citroen for 2018?

EL: I hope it is a progression! Yes, I saw an opportunity to go, they wanted me. They have the knowledge and experience to do better than they have done.

And it can’t be so bad if Seb is coming too!

If there is something bad then Seb will make things happen, the French meeting the French. 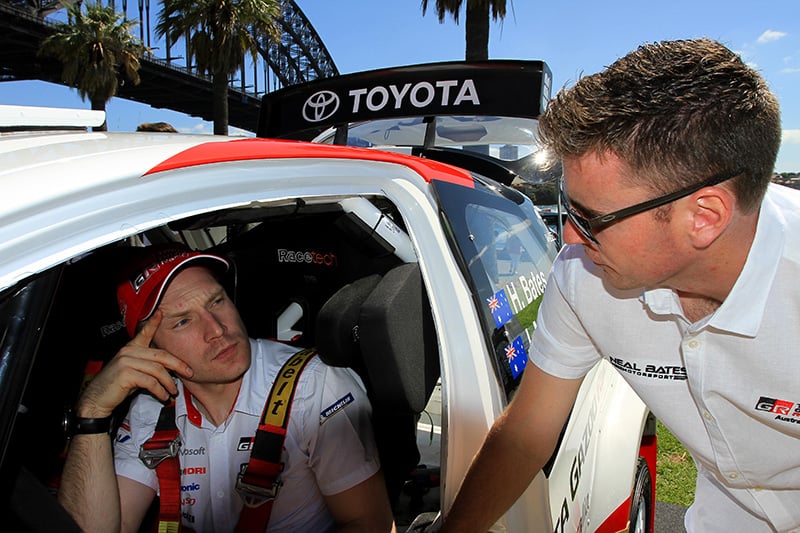 Jari-Matti Latvala – the past, present and future:

RSM: Welcome back to Australia Jari-Matti. What is your plan for Rally Australia this weekend?

The fight is so hard in the drivers and the manufacturers these days that we just need to push hard, but we need to just reduce the risks, so you can still control your driving, so it is not all or nothing.

RSM: So, to take you back to a conversation we were having 12 months ago at the start of last year’s Rally Oz, the 2003 British Rally Championship in an M-Sport Focus WRC: if a 33-year old JML could go back and give 17-year old JML any advice, what would he say to him?

JML: (smiles): Well, back then I would have said to calm down with the driving (laughs).

I was so eager and enthusiastic, but I was just driving so aggressively. From eight rounds that year we had accident in the Manx, the Jim Clark, we had a pretty bad one there.

RSM: Do you still speak to Carl (co-driver Carl Williamson – they crashed sideways into a brick wall on the Jim Clark)?

But it was a magnificent thing for me to drive the M-Sport supported WRC car. It was a great step forward in my career.

Then in ’04 we couldn’t drive the WRC car, M-Sport could not support as many drivers that year, and Super 1600 didn’t suit me at all. Then on to Group N and then M-Sport, VW and Toyota.

JML: I’ve been a long time in the WRC, but I still haven’t achieved my aim, my dream, which is the WRC title.

The Toyota Yaris WRC is now a very competitive package and when I started my rallying it was in a Toyota, and I love the heritage of Toyota in rallying.

So, when I joined Tommi and the team I said the circle was closing. I hope to stay as long as I can in this team.

FEATURE: Up close with the all-new Proton Iriz R5