MRF Tyres will be on double duty at the Kennards Hire Rally Australia that takes place in Coffs Harbour from 15-18 November.

Along with developing the range of MRF Tyres in the RC2 category, they will be supplying the CAMS Australian Rally Championship field as they battle it out on the final round of the series.

It provides a unique challenge for a motorsport supplier with the MRF Tyre product having to operate across a wide range of vehicles and road conditions. 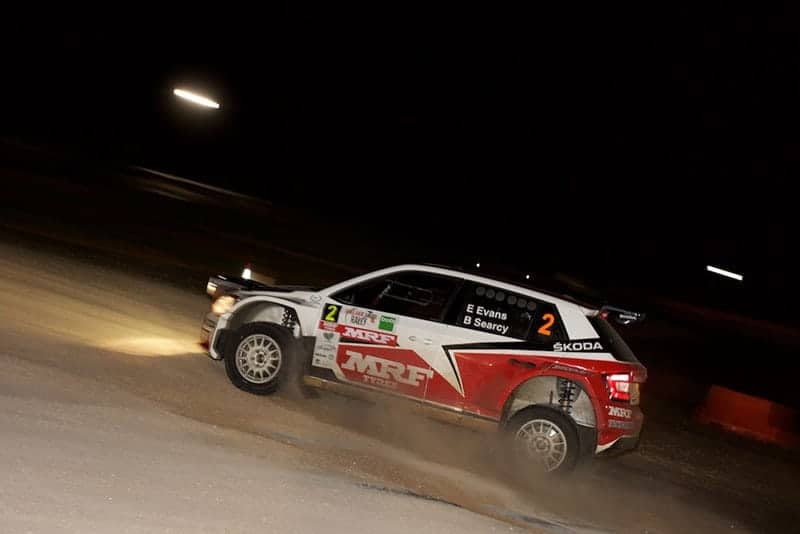 The Coffs Harbour roads are notoriously dusty and with the weather expected to rise above 30 degrees, even up to 35 degrees, the tyres will have to perform under the harshest conditions.

Each car is allowed 26 tyres over the 24 stages and 318km competitive that make up Kennards Hire Rally Australia.

Australia’s best drivers can be rest assured of the MRF Tyre product after a successful 2017 Rally Australia where an average of 14 tyres were used by the Australian field during the event.

There is a three way battle for the Australian crown between the MRF Tyres Skoda Fabia R5 of Eli Evans/Ben Searcy, the Toyota Corolla AP4 of Harry Bates/John McCarthy and Steve Glenney/Andrew Sarandis who have successfully competed in a Subaru WRX STi this year. 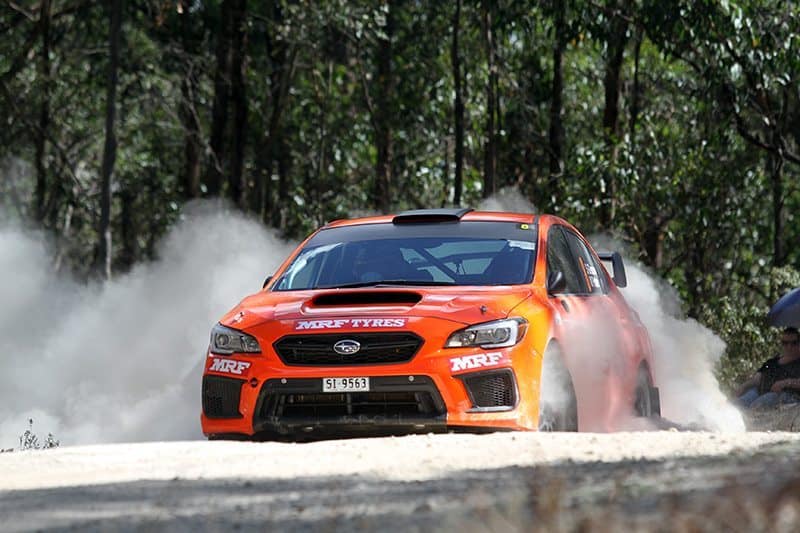 Steve Glenney in action at the Eureka Rally in March. Photo: Luke Whitten

Evans/Searcy have a 57 point lead over Bates/McCarthy and a further over Glenney/Sarandis. With a maximum of 100 points on offer, the teams will have it all on the line at Coffs Harbour.

The fight in the Australian Rally Championship will be spectacular with 2016 Champion Molly Taylor, Mal Keough’s Audi Quattro S1 and the Opel Mantra 400 of Ed Mulligan sure to be crowd favourites.

Kennards Hire Rally Australia gets underway with Shakedown on Thursday 15 November before the first competitive stage of Orara East 1 on Friday 16 November.