It was a surprise when Toyota confirmed that their Gazoo rally team would base its World Rally Championship operation close to Jyvaskyla.  With work that is such a logistically intensive activity, the choice of central Finland seemed very strange.  It was even more extreme than the remote location of M-Sport’s WRC team, based in the far north west of England. But increasingly Tommi Makinen’s team were found not to be alone.  In recent years another Jyvaskyla-based team, the curiously named Printsport operation, has also been successful in international rallying. Makinen’s workshop is situated at Puuppola, near Jyvaskyla airport to the north of the city.  Printsport is located equi-distance to the east of the town in Lievestuore, a couple of kilometres from the finish of the Ruuhimaki stage, which this year serves as the Neste Rally Finland’s Power Stage. 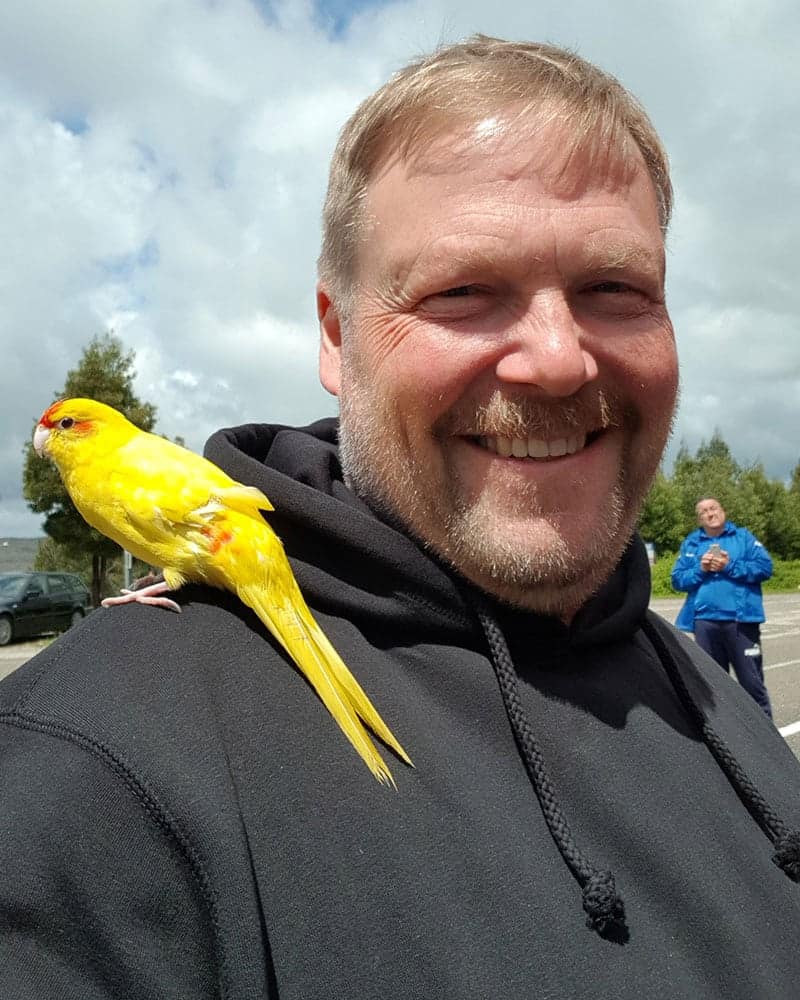 Eero Raikkonen, Printsport proprietor, told us how his team evolved and where the name came from. “The team started 21 years ago.  I was rallying by myself and little by little the people started to ask me for some parts, provide some support and things like that,” Raikkonen said. “I didn't have enough time for doing this myself so I employed a guy.  It has been like that, growing little by little.  Rallying has been my hobby and my work all my life. “My father had a printing company and I thought Printsport would be a good name for my rally company.   We have always worked as a very tight team and everyone here works very closely, like a very small team.  We don't have a big hierarchy.” It was in 2012 that the Printsport team started to become well known, at least in Finland, and much of this coincided with the fast growing successes of Esapekka Lappi. 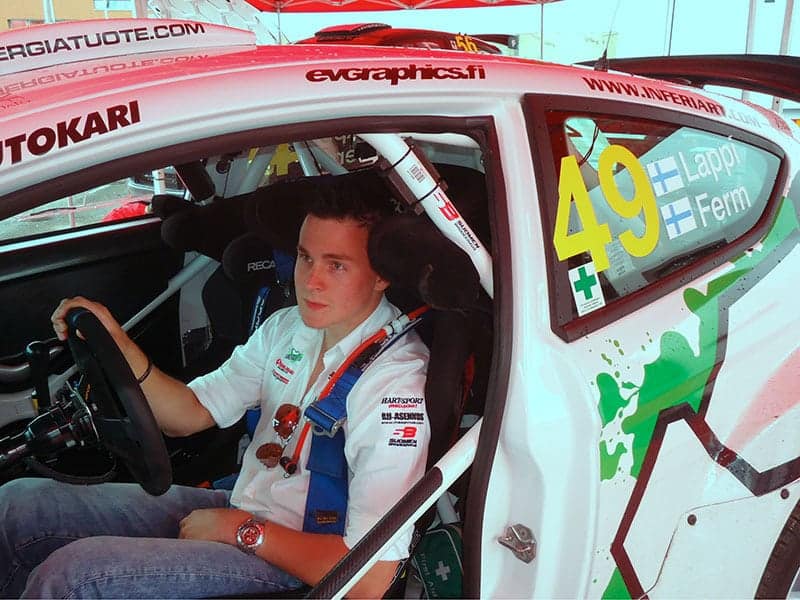 A young Esapekka Lappi at the wheel of a Printsport Ford Fiesta S2000 in Finland in 2012. Photo: Martin Holmes

“When Esapekka started rallying himself he always had one mechanic from us.  We supported him and in turn he spent time between rallies washing the cars and helped dismantle them for the mechanics to work on them.

“He developed a very good relationship with the mechanics.  He could immediately tell what was wrong in the car and sometimes fix the problems himself.”

Printsport’s basic work is for regular rally driver customers, especially in the Finnish championship and particularly major events like the Arctic and Neste Rallies. “We manage their service, providing the logistics, spare parts, the tools and everything.  Basically the drivers just buy the car and we supply them everything around it. “We never had a marketing project outside Finland, but our drivers and their teams started asking us to do foreign events.  Remember, the cost of Finnish work is expensive, but for us the cost of travelling is not high. “Work expanded when Even Management, the Norwegian company run by Erik Veiby, proposed a project with the 21-year old Esapekka Lappi for us to run a Fiesta S2000 in the 2012 Finnish championship.  He won every rally on it. 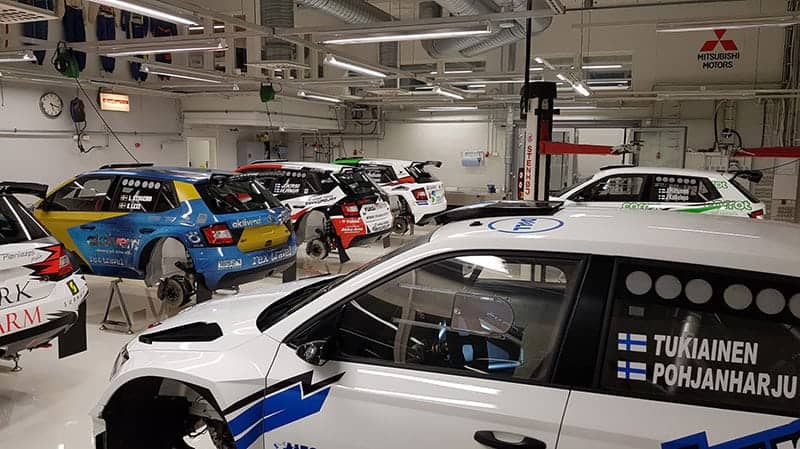 Skoda Fabia R5s galore in the Printsport factory in Finland.

“The company providing the engineering and the mechanical support expanded.  We don't have so many cars by our own.  We might have seven Skoda R5s in our workshop, but only one of those would be our own property.”

The latest project is a WRC2 programme with the Polish driver Lukasz Pieniazek. “We have a three year project with him and I think he has made good progress.  I was a little bit worried after Sweden, but he had good rallies in Portugal and Corsica, though in Sardinia he was trying a little bit too much, but he showed that he can drive the car and do the speed. “Lukasz is still not so experienced, needs more kilometres and training with the pacenotes.  We have had drivers from Finland, Norway and had Estonian drivers.  When I am looking at their onboards and evaluating their style I have to say that I don't understand Polish pacenotes at all!” Thinking about the common factors facing Eero and Tommi Makinen, life must be full of challenges running teams on international rallies. “I would say that the only thing are the distances.  In our case what we do for European rallies is drop our truck and the rally car somewhere convenient between each rally location.  Then the crew and our mechanics can then carry out the rebuilding in the support workshops without coming back to Finland. 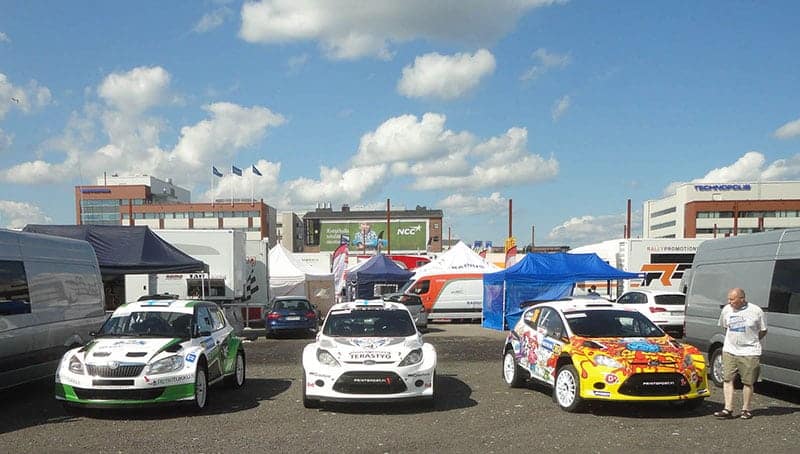 “When we have a longer stop between the events then we can bring the truck, the car and everything back to Finland.” In various ways Makinen and Raikkonen help each other. “We supply them and they supply us.  For example, we have a support Subaru recce car and they are supplying us the parts for the Subaru recce car.  And we are supplying them fuel and some parts.  I think it’s a very good connection.” Looking back over the earlier years, Eero must have some happy memories about watching the rally at nearby Ruuhimaki? “Actually I always hated it!  Whenever I was spectating it was because I was not driving!  It was love and hate.  I was so angry that I was not in the event.” And heroes? “I think my idol was Juha Kankkunen, he was closer to me and of course he came from nearby Laukka.  I was a friend of his brother and that way I was following Juha more.

Esapekka Lappi has to be considered the driver who put Printsport on the map.  Do any others stand out? “I have been lucky to work with all our drivers, for example Ole Christian Veiby and Karl Kruuda, but then every driver with whom we have an ongoing project, they have been very close to the team. “When the driver has a big support behind him, he feels that he is a big part of our team who is supported by us, even if he makes a mistake or not, it’s like pushing him forward. “It’s the part of the job which I think we are good at.”