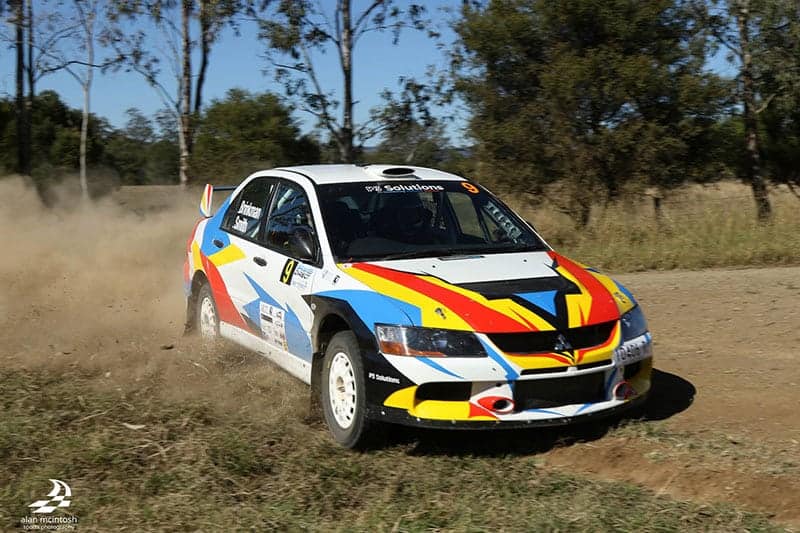 Glen Brinkham and Harvey Smith drove their Mitsubishi Evo 9 away from the Brakes Direct Border Ranges Rally with a boot load of trophies, winning the BDBRR event outright, as well as Saturday’s P3 Solutions CAMS QRC, and the MTA NSWRC.

One minute behind after two days and 169km of fast driving on the shire roads around Kyogle NSW were Tom Clarke and Ryan Preston in another Mitsubishi Evo 9. They were placed third on Saturday in the MTA NSWRC.

A stunning performance from Tom Dermody and Eoin Moyniham, driving a Ford RS1800, put them in third place, only eight seconds ahead of New Zealanders Derek Ayson and Dave Neill in a similar Ford Escort Mk 2. 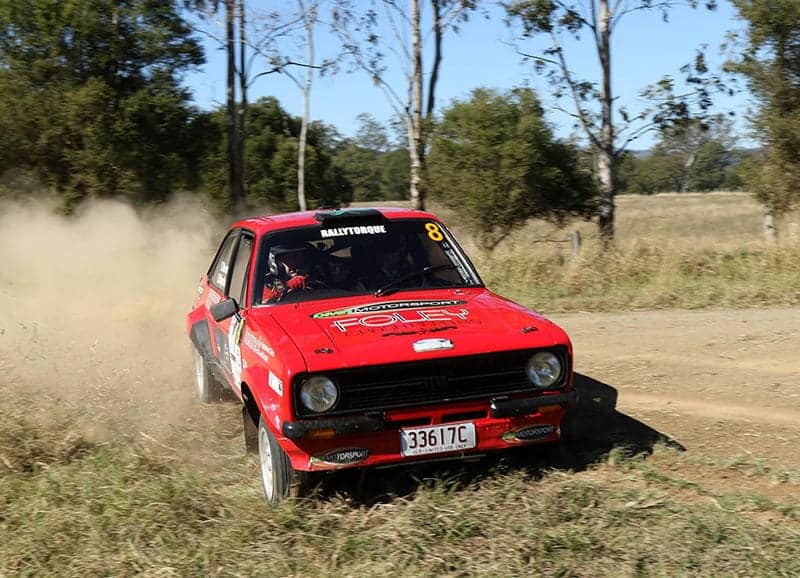 Another impressive drive from Tom Dermody in his Ford Escort RS1800.

JJ Haton and Nathan Long, driving their Mitsubishi EVO 8, were looking good for a top placing in the BDBRR having snatched second in the MTA NSWRC on Saturday, until an off just before the finish of the last stage.

Although the Glenn Binkmann / Harvey Smith pairing ran away with the P3 Solutions CAMS QRC, the tussle for second was close between Marius Swart / Allan Stean in the sweet sounding Volkswagen Polo S2000, and Ian Menzies / Robert McGowan in yet another Mitsubishi EVO 9.

The much anticipated battle on these fast shire roads between Neal Bates and Mal Keough didn’t even last one stage after the Audi Quattro S1 E2 replica had a high speed impact with a kangaroo. 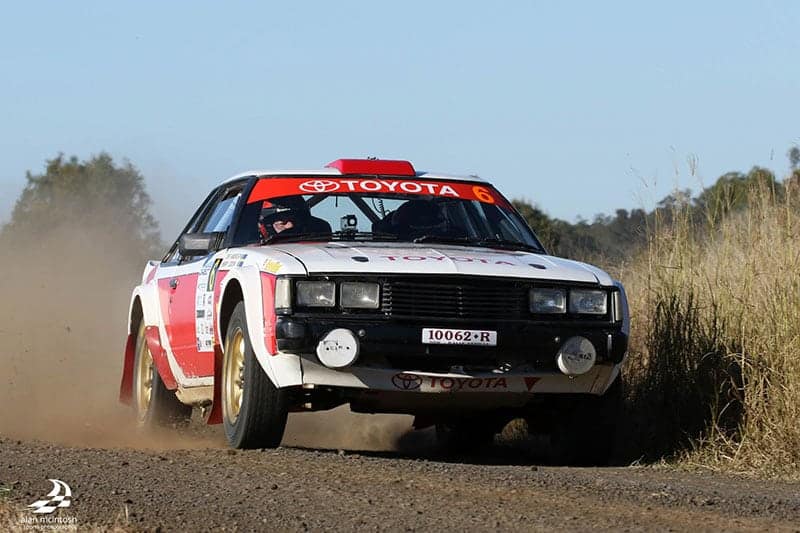 Neal Bates and Coral Taylor were on the pace in their Toyota Celica.

The Queensland Clubman category was won by Jesse Heitmann and Grant Burisch driving a Mazda RX7. Paul Bergmann and Larisa Biggar won the Allcomers category in an ever-reliable Subaru Liberty.

Mechanical malaise put paid to many entries which robbed the event of some excitement, especially for the Sunday stages. These were not caused by the quality of the roads, which competitors reported to be smooth and fast.

Competitors commented on the reception they received as they drove the shire road stages through open farmland, with residents out on the sides of the road waving and cheering them on.

Locals also gathered at the Ceremonial start in town on the Friday night and then on Saturday evening for a Super Special Stage around the local Showground.

The organisers, the Gold Coast Tweed Motorsporting Club Inc., paid tribute to the Kyogle Council and the residents of the Kyogle LGA for their tremendous support.

The Media stage on Friday attracted two TV stations and great press coverage as many of the local Councillors and the town’s General Manager experienced the thrill of rallying.