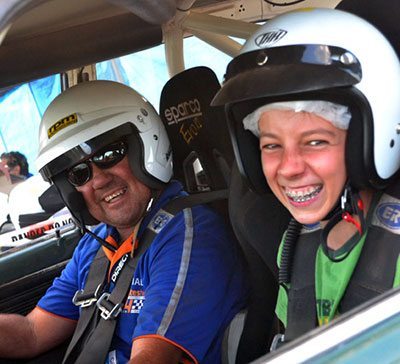 This year saw an extensive line-up of 17 rally cars from the Queensland Rally Championship, and seven off-road vehicles from the Australian Off-Road Championship traverse two separate 2.0km stages across the entire day, providing an escape from the day to day dramas and pain these children face.

The weekend saw Camp Crystal celebrating it’s 25th Anniversary in operation, and the rally initiative has been running for well over six years and has become highly acclaimed and appreciated by everyone involved, from the camp organisers to the carers and volunteers.

The highest acclamations come from the families and the kids that have all become touched by their rally experience. With helmets on and belts tightened, the children experienced rides as they traversed the stages to the sounds and echoes of their own childhood laughter.

Any of the nervous apprehension on the children’s faces at the start of the ride soon subsided and turned to smiles, and ended by hopping out of the rally cars buzzing with excitement.

For the rally drivers and their crews, the volunteers and everyone that made this event possible and such a successful day, this was thanks enough.

Against all odds and adversity, to see the unbridled, intangible emotion of excitement and passion for life in these children, and through the Queensland rallying community’s efforts, these special kids will have their rally experience memories with them forever.

The Queensland Childhood Cancer Support and camp organisers would like to thank the local community, the volunteers and carers and helpers, and all organisations involved for their continued support in making the Camp Crystal experience possible. 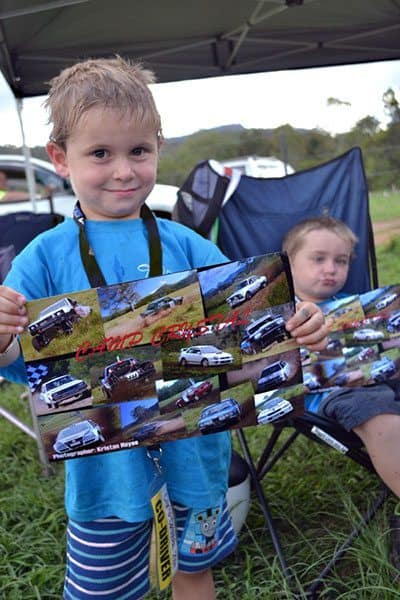