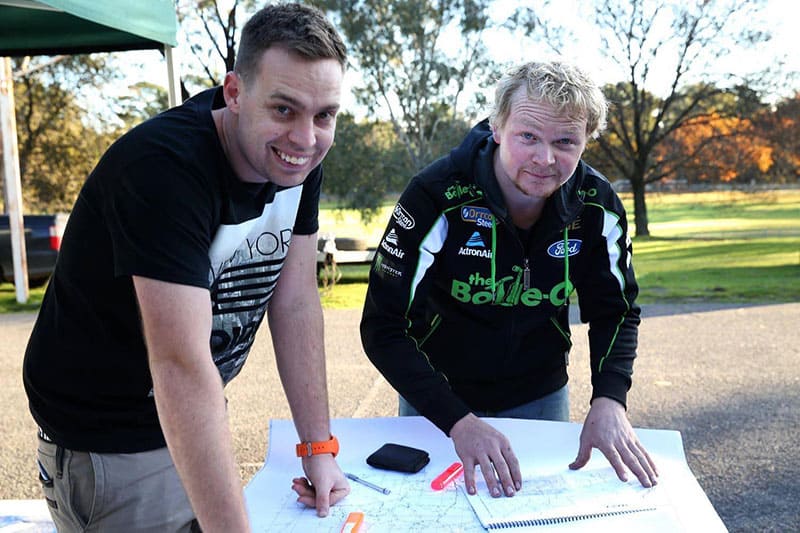 Matthew Dillon (left) and Cody Richards have raised over $11,600 for Beyond Blue.

Victoria’s Richards Rallysport team have done an incredible job raising money for mental health awareness in support of the charity Beyond Blue.

An online campaign over several months has seen Cody Richards and co-driver, Matthew Dillon, raise over $11,600.

Richards, who currently leads the Victorian Club Rally Series in his Ford Escort, lost his uncle, Steve, to mental health issues some years ago.

“We are absolutely stoked to have raised over $11,000 for Beyond Blue. The whole team is very thankful for the generosity of the whole rally community and everyone outside the rally community that helped contribute to such a great cause,” Richards said.

“What started out as a simple idea over 12 months ago has grown into a fully fledged fundraiser for the experts on mental health,” Dillon added.

“Cody and I were thinking of ways we can utilise the Richard Rallysport social platform to help others in our rally community. We decided to pledge a simple charity donation based on our performance at a nominated event.

“As it stands tonight, we’ve raised over $11,000 for Beyond Blue, and more importantly we’ve continued the conversation going about the effects of mental health.

“Let’s be a little more self aware with what’s going on with ourselves, what’s going in our heads. It’s a lot more normal than you might think,” Dillon said.

To donate to Richards Rallysport’s campaign, head to Beyond Blue HERE. 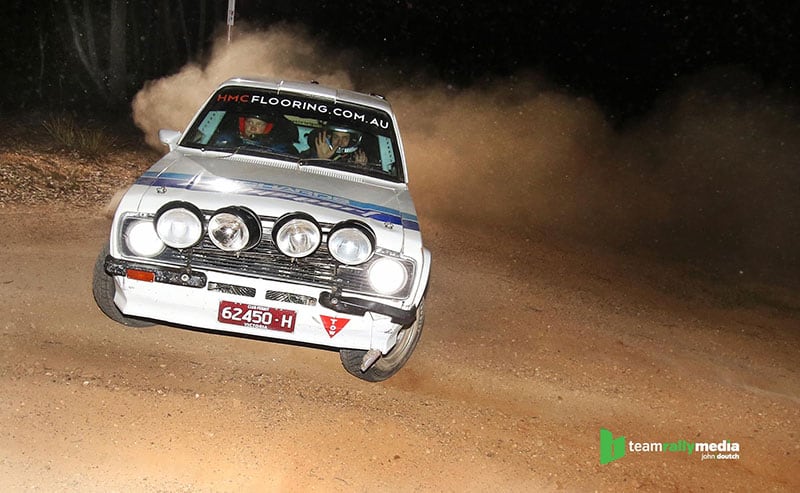 Richards and Dillon hit a kangaroo in their most recent VCRS round. Photo: John Doutch