Rallycross star to get a 'head' start in 2018 - RallySport Magazine
× 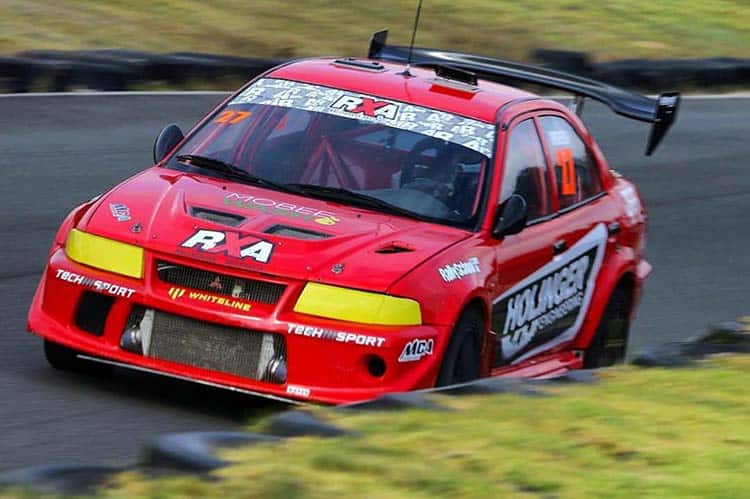 Australian Rallycross is about to discover billet engine blocks. Leading driver Will Orders will campaign his Mitsubishi Evo with a Bullet billet block for the 2018 season.

It will be the first Evo to run a billet block in Australian rallycross, possibly even the first in the world.

He also spent two years in the US, competing against the likes of Ken Block and winning several rounds of the US national comp in a 2WD car.

In 2013, he dominated the US 2WD class in a Nissan Silvia, finishing fifth overall. He was also the first in the world to compete in a Toyota 86 rally car.

Orders made the leap to rallycross in 2016 and is currently second in the championship with one round to go.

“It’s a lot more fun,” he says. “I enjoy building cars, and there are a lot more freedoms in the build so it suits the driver/builder a lot more.

“There are pretty much no rules apart from a 45mm restrictor on the turbo because they don’t want 1000hp cars.”

Will is looking forward to kicking off next year with a new motor built up from a Bullet billet 4G63 block.

“The billet block lets you do things you can’t do with a cast block, like running boost as high as 50 pounds.”

Rallycross rules allow for just about anything engine-wise, although turbos are required to have a 45mm restrictor. Without that limitation, engine builders in other forms of motorsport regularly see outputs in excess of 1000hp, approaching 2000hp in drag applications, extremes that cause cast blocks to twist and crack.

Orders won’t have the only billet block in the field, however. In his day job as workshop manager for Activ Rallysport, he’ll be building up a VW Polo running another Bullet 4G63 billet block and full Evo running gear.

Activ have ordered a couple more blocks from Bullet, but so far they’re keeping a tight lid on any further plans.

It’s new territory for Bullet, who are best known for their work in drag and time attack racing. At this year’s World Time Attack Challenge in October, Bullet accounts for nine of the 11 billet block runners after Tim Slade drove the MCA Hammerhead to outright victory with Bullet billet under the bonnet.

Rallycross teams will be paying close attention to Orders and his billet-blocked engines in 2018.