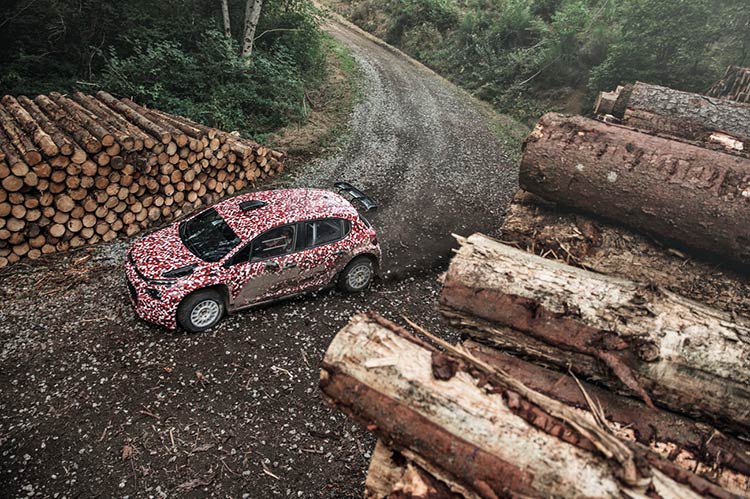 Citroen has become the first WRC manufacturer to start work on a second rally car designed under R5 rules, which will be the sixth R5 design prepared for worldwide use by a manufacturer’s team.

Pierre Budar, the Development Director of Customer Racing Vehicles at Citroen Racing, started by explaining the difference between the new car (C3 R5) and their earlier DS3 R5.

“We have developed the C3 R5 from a blank page. We haven’t carried over items from the DS3 because the DS3 was designed a long time ago, it was one of the first R5 cars to be developed in the early 2010s. (It was first seen in public in mock-up form at Rally Portugal 2013).

“It was better for us to start a new design from scratch rather than carry over some parts already on the DS3 because we wanted the performance of the car to be at the best level.”

In what new ways have you gone about the work on this car? The DS3 R5 design was carried out with the design of the Peugeot 208 T16. Is this another simultaneous project?

“I was not in charge of the development of the DS3 or the 208 so I don’t know the main target of their design, but regarding the C3 our design strategy was to have the best result in terms of tarmac as well as gravel.

“The DS3 was not so bad on tarmac, a good reference, but for gravel we had to improve quite a lot compared to DS3. The FIA’s regulations are very restrictive. We have to use the same hub, the same suspension parts, so it is quite complicated to find something which can work properly on the gravel where you need long travel on the suspension, and also on tarmac where you need to have good control of the car.

“Our main target at the very beginning of the design was to make something which can be absolutely competitive on both surfaces, which demand differences in terms of suspension design. It was complicated.”

Will you be making a Peugeot version of the C3 R5?

“For the time being we are launching the new C3 while the current 208 T16 will carry on until the production 208 is replaced in the Peugeot range. At that time we will consider a new R5 version of the Peugeot.

“Compared with the old designs the C3 R5 wheelbase is exactly the same as the 208, it is a little bit longer than the DS3.”

Being five years or so since R5 cars were first designed, how do you think the technical requirements of R5 have changed since the original Fiesta came along?

“None really. There has been no modification of the regulation since the beginning, only for safety reasons have there been some small updates.”

A white sheet of paper for the engine?

“We also have the opportunity to start with a different engine base. We have the same basic engine in the PSA EP6 range, which is 1.6 litre turbo engine, but for the C3 R5 it is now called the FDTR, which is a different one completely for the C3 compared with the Peugeot and DS3.

“It has changes inside the cylinder block, we have a much more sophisticated engine. For the transmission we have also started from scratch. The supplier is now Sadev for the gearbox and transmission.”

What is the plan for homologation?

“We are now looking at early 2018. There is no current policy whether the cars are only for customers.

“For sure we want the chance to show the true performance of the car, so we have to make sure we will have good drivers and a good team. Maybe we might run one car from the official team, but it is not settled.”

Like when the DS3 R5 was launched, there will again be a delay in the scheduled homologation plans and again it will mean missing the opening WRC round at Monte Carlo. This time it is because of the sudden withdrawal of permission to allow paddle shift systems.

“It’s a pity for us because we developed the car with it! The FIA only changed their mind back in August, which was late for us, and this is why we are late.

“We have had to redesign all the manual shift for the gearbox and that takes some time. We had to change many items. The paddle shift is not even an item to increase the performance of the car, but simply for the comfort for drivers.

“If R5 is to be a logical stepping stone for WRC where we have some paddle shift, why not? We did not agree with the decision!” 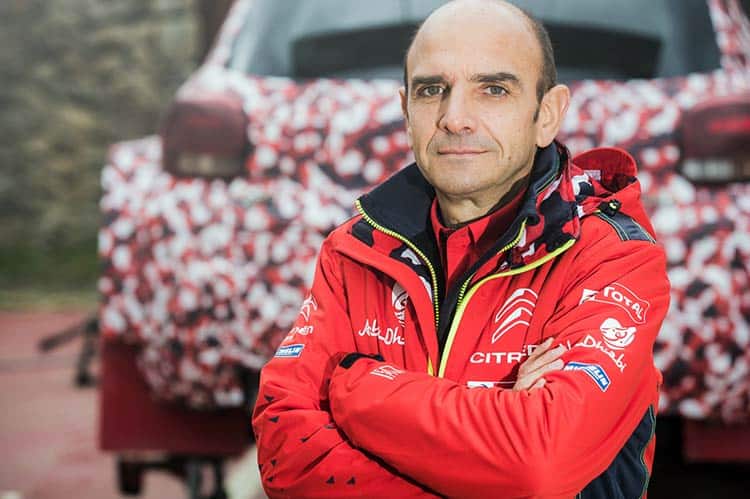 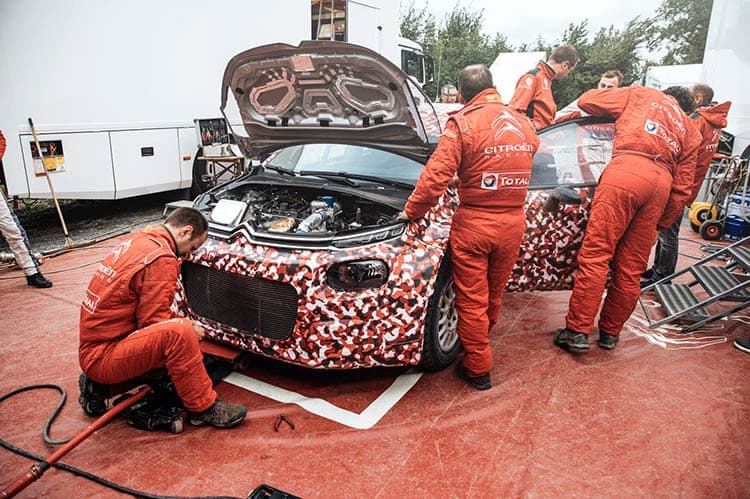 A sneak peak under the bonnet of the new Citroen C3 R5. 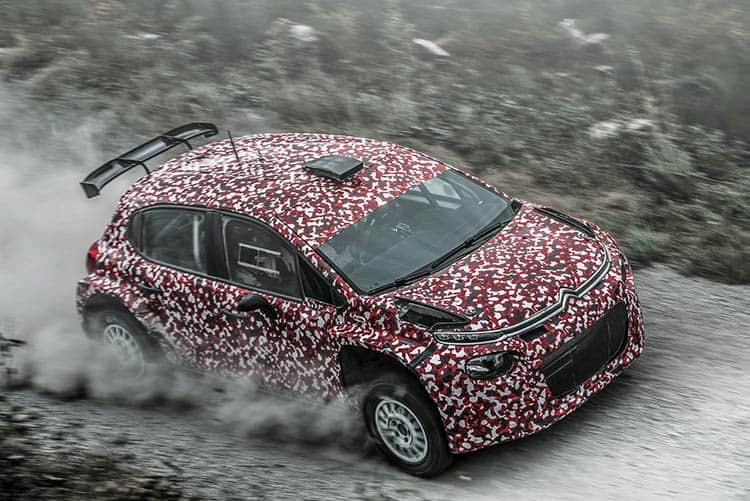