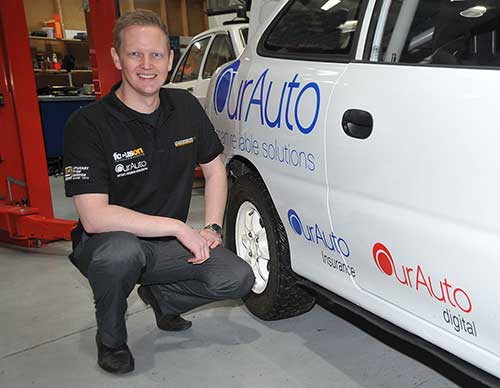 The upcoming round of the Focus on Furniture Victorian Rally Championship, the Maryborough Toyota Pyrenees Rush held in Avoca on August 23, will have an exciting surprise competitor in the OurAuto Rally Series.

Accompanied by excel competitor Blaise McNamara, Raymond is excited to be entered into the event.

“I can’t wait for this opportunity to drive in the OurAuto Excel,” stated Raymond. “I have been a regular co-driver for my brother Matt in the series this year, so it will be good to see how it goes from the other side!

“There are some serious punters in these cars, and with the cars near identical I have no doubt I have my work cut out.”

The rally, which also encompasses the first round of the Bendigo Tyre Centre Victorian Pace Noted Series, will attract some of the best rally drivers in the state competing in a range of vehicles from Subaru WRXs, to Ford Escorts and Hyundai Excels.