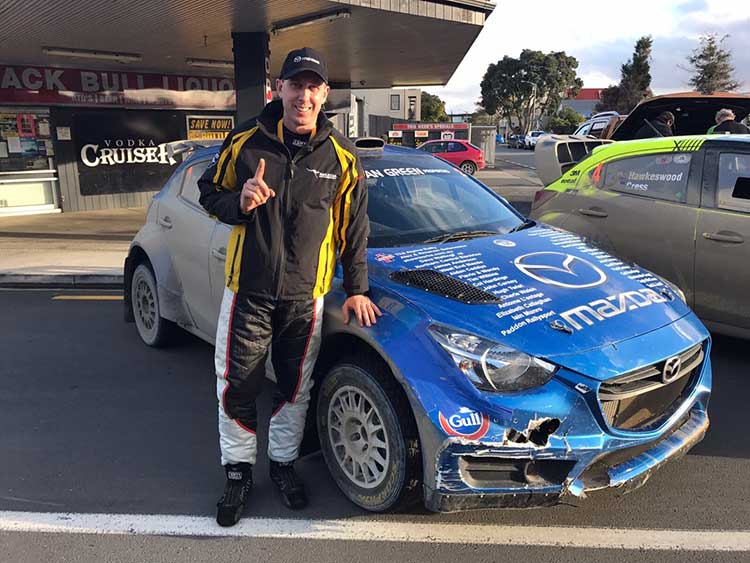 Brendan Reeves with the Force Motorsport Mazda2 AP4 he will drive at Kennards Hire Rally Australia in November.

With just six weeks until Australia’s round of the World Rally Championship kicks off at Coffs Harbour in New South Wales, Wedderburn driver Brendan Reeves’ preparations are in full swing.

Reeves and his regular co-driver, Rhianon Gelsomino, will contest the event in the Force Motorsport Mazda 2 AP4 (1.6 litre turbo) that he drove to victory in August’s Coromandel Rally in New Zealand.

The car will be shipped to Australia for Rally Australia, thanks to funding that Reeves has secured from supporters. He is now looking for a naming rights sponsor to help with running costs for the event.

After the Mazda 2’s faultless performance in New Zealand, Reeves is excited to be able to bring the car to Australia and compete in it again. He’ll contest the ASN WRC class and is keen to compare his stages times to those of the best rally teams in the world.

With his recent dominant victories in rounds of the Australian and New Zealand Rally Championship over the last two years, Reeves is the favourite to win the title of the highest placed Australian driver at Rally Australia.

Individuals and businesses interested in supporting Reeves’ assault on Rally Australia can contact him by email: [email protected]

Kennards Hire Rally Australia, the 13th and final round of the 2017 World Rally Championship, will be based at Coffs Harbour from November 16 to 19.