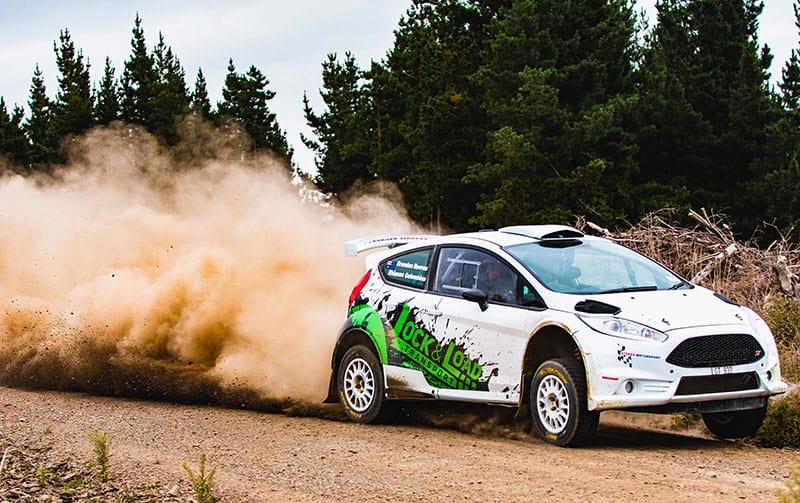 Brendan Reeves has completed a short, but successful, test of the Ford Fiesta AP4 that he will drive in next month’s Otago Rally.

Reeves flew to New Zealand to test the Stokes Motorsport car near Geraldine, in the South Island, with former WRC star, Hayden Paddon, in attendance.

Although he only drove the car for around 50 kilometres, Reeves came away from the test happy with the progress made, and looking forward to the first round of the NZ Rally Championship in Dunedin on April 13 and 14.

“We had a lot of things to run through, and we had Jack Williamson there to set up the new M1 Motec computer in the car.

“This enabled us to put the flat shift on the Sadev gearbox, which has made gear changes a lot smoother.” 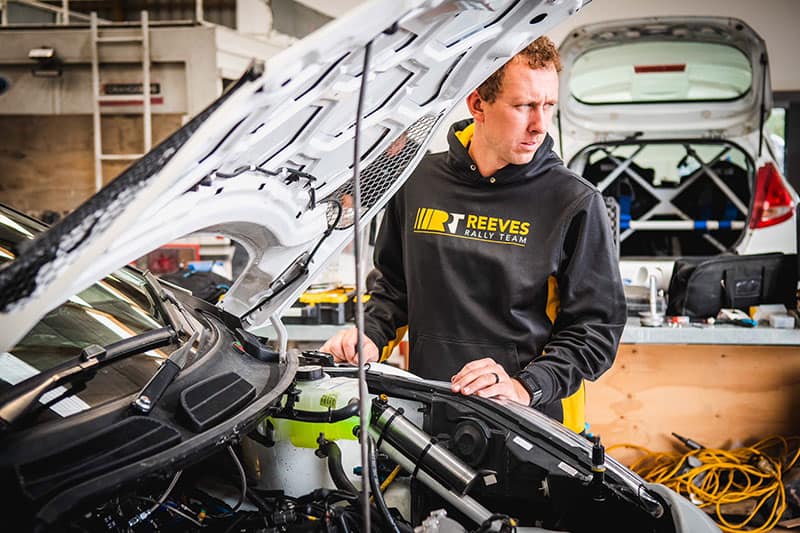 Paddon has given Reeves advice on how to set up the differentials on the car, which has proved invaluable.

While he didn’t drive the car, Paddon provided important advice and feedback during the test session.

“We still have things to work on, but it was a great shakedown and it was good to meet the team and see how well they work together,” Reeves added.

“It was a proper test as we were changing spring rates and ride heights after each run, and we think we’ve come up with a good set up.

“We also tested Hayden’s Winmax Brake Pads – the first time I’ve used them – and they were really good, and provided high performance, as well as good bite and feel.”

In 2018, Reeves drove Force Motorsport’s 1.6 litre Mazda 2, but has chosen the 1.8 litre engine for this year’s assault with Stokes Motorsport, despite the car needing to be 70kg heavier. 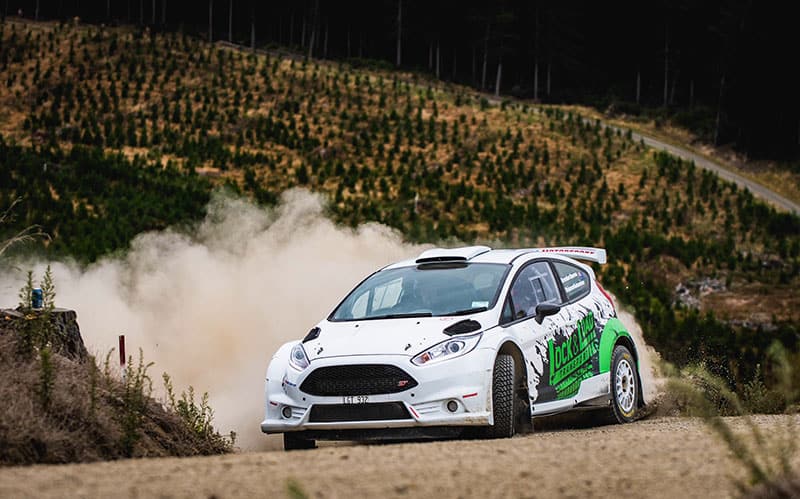 “The engine felt great, and with the new M1 Motec it is a lot more tuneable. I’m really looking forward to Otago now,” he said.

Reeves’ partnership with Stokes Motorsport is seen as a way for the team to further develop their Fiesta AP4, as well as helping to train Robbie and Amy Stokes, son and daughter of former New Zealand Rally Champion Brian Stokes.

While his drive in the car at Otago is a one-off at this stage, both parties are hoping for further outings in the car as the season progresses.

His entry at Otago is being supported by Lock and Load Transport.

Aussie battler takes on the world