Tarmac rallysprint series down to the wire - RallySport Magazine

Tarmac rallysprint series down to the wire 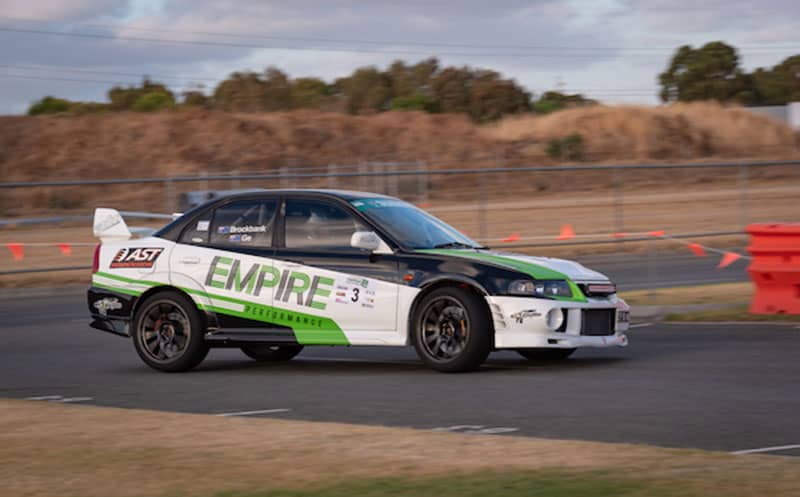 Gearing up for the closest finish in history, there is just six points separating the top three outright drivers leading into the final round of the ninth Shannons Targa Rallysprint Series on Thursday night (14 March 2019) at Perth Motorplex.

Already the most successful series since the Shannons Rallysprint Series began in 2010-11, this year’s final round has over 100 entrants who will race against the clock at 20-second intervals over a 3.25km course which is run four times.

Brockbank finished Rounds One and Two in second place, Round Three in sixth place after he was penalised from hitting a cone, and Round Four in third-place.

“It’s the first cone I’ve hit in three years,” said Brockbank, who is busy working on his car to fix alignment issues in preparation for Thursday.

“I hit a curb in the last round – curbs are fair game, you can hit them without penalty!” quipped Brockbank.

“This could be my first championship, although I’m not a serious competitor, I just thoroughly enjoy it.

“I love the series and the adrenalin rush, nothing matches it. Plus it’s unbeatable value for money. I love the [GT Fabrication] Bunbury Targa Sprint too, again for the cost, it’s unbeatable and a really awesome event.

Both Greenham and Major have only competed in three of the four rounds this season with Major winning two rounds and receiving a penalty in another to finish sixth. Greenham, who didn’t enter Round One because his car wasn’t ready, finished Rounds Two and Four in second place and Round Three in third place.

Greenham of High Wycombe, a Business Manager Development Manager for an information management company, said that of all the motorsport disciplines, nothing is as exhilarating, nothing gets his blood racing like rallying. And that’s despite suffering serious injuries from an accident in 2016.

The worst of his injuries included a crushed vertebrae and a smashed left leg that took six months to heal. Still, he had no hesitation to jump back in the cockpit.

“I was champing at the bit to get back into it – funny enough, the next event after my accident was the same event where I wrapped the car around a couple of lightpoles,” said Greenham.

“I really like the shorter format of Rallysprints, it doesn’t take up the whole weekend, it’s easy to prepare for, cheap, a good filler in the quieter months, and it keeps me driving. It scratches that itch while I’m waiting for the longer events.

“We push at every event and go for the win, and wherever we end up in the championship will be it,” said Greenham, winner of Targa South West in 2016 and 2018.

“With my business and young family, it’s a big commitment to race a full season over east. The rallysprints have been heaps of fun.

“Once the helmet goes on, I only know one speed – I don’t really know how not to go as hard as possible. The car has been left in a corner since Round Three, so fingers crossed it’s all good,” said 33-year-old Major.

With the winner awarded 10 points, 9 points to second place, 8 points for third and so forth, it’s still anyone’s game.

There’s a close finish in all other categories with just a few points separating the podium finishers.

The popularity of Rallysprint has been the catalyst for a resurgence in motorsport in Western Australia. The short Thursday-evening format is easy, affordable and more accessible to both first-time and seasoned tarmac rally competitors.

Cars don’t need to be fitted with a roll cage or a harness (however, it’s recommended), however all drivers and co-drivers do need a CAMS license, which is easily obtained by filling out a form.

The Shannons Targa Rallysprint organiser Ross Tapper said he looked at twilight sailing on the Swan River in Perth on Wednesday evenings and decided to apply the same principle to rallying.

On Thursday 14th March, the rally action starts at 6.30pm and finishes by 9pm. Spectator entry is free at Perth Motorplex.

More information can be found at www.rallysprints.com.au