Retrospective: From RS (literally) to WRX

Rallying can be one of the most frustrating disciplines in motorsport. One minute you’re on top of the world with everything going according to plan, and then it all turns pear-shaped. Fate intervenes and you’re left by the side of the road with nothing left but a damaged car and a bloated credit card. One guy who’s well aware of how fickle rallying can be is Victorian Darren Windus. In 2004, Windus experienced the highs and lows of rallying when he totally destroyed an almost new Subaru Impreza RS while just hours away from sewing up the inaugural Subaru RS Challenge. 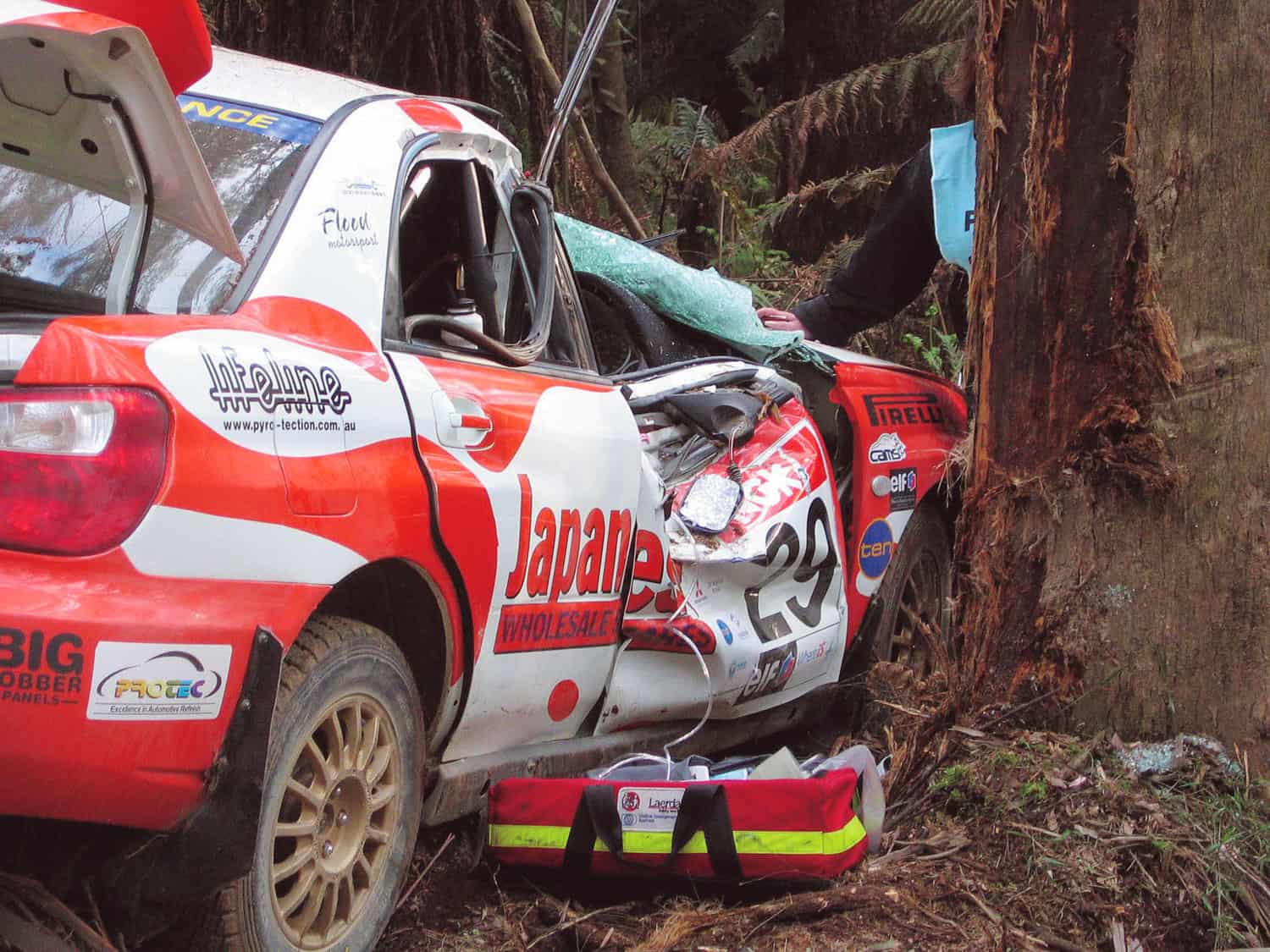 Darren Windus had an horrific crash in the 2004 Rally of Melbourne.

It certainly wasn’t in his game plan, but it tested his resilience and saw him come back better than ever. Lesser mortals would simply retire hurt from the game and survey proceedings while licking their wounds from the benches, but not Windus. Because rallying’s in his blood, he did what most horse riders would do when bucked off – jump right back on again. Windus and co-driver Mike Cains had just one last corner to negotiate on the last stage of Day One of the 2004 Rally of Melbourne to enable them to win the Subaru RS Challenge. But then the unthinkable happened – the car clipped a rock and in less time than it takes to read this, the car was dumpster fodder. While Mike Cains was badly knocked about, Windus was less so, and the desire to regroup, to put the incident behind them and jump right back into rallying, didn’t take much thought. 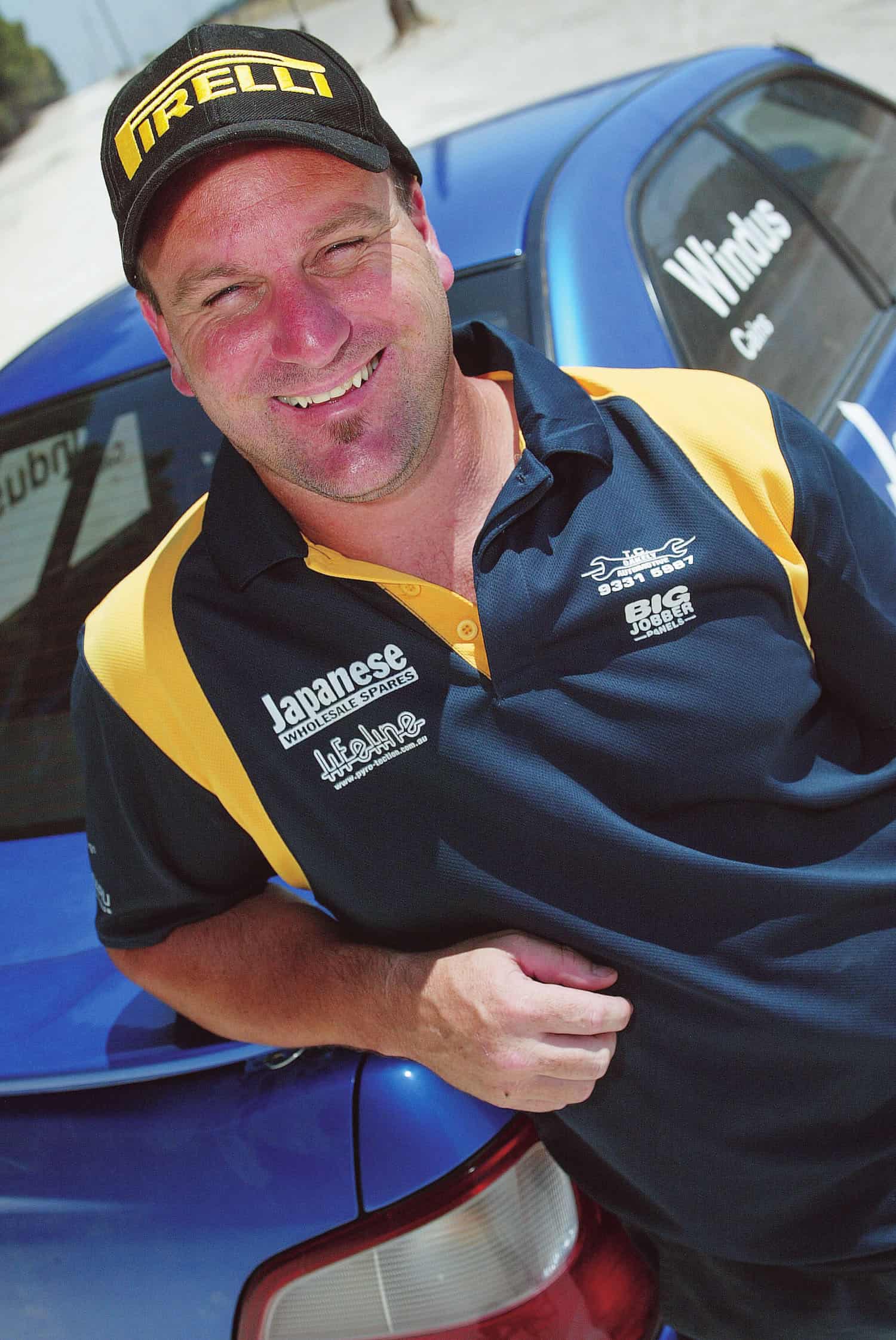 Darren Windus was rapt with his new mount for 2005, and was eager to hit the stages. Photo: Paul Kane

Soon after he graduated to a horny-looking Group A Subaru WRX STi for the 2005 Australian Rally Championship. Profesionally built for Canberra’s Michael Thompson, the STi was a real step up the ladder for Windus and a real chance for he and Cains to pick up where they left off. The 2005 Privateers Cup was their aim. Here’s what we said about the car in early 2005 ….. Straight out of the box, an STi Impreza is a formidable car, but for serious rallying a thorough build program is essential, and Michael Thompson left no stone unturned to make the car a winner. Built to Group A specs rather than the more familiar Production Rally Car (PRC) regs, it allowed the car to be used in international events such as the Rally of Canberra and Rally Australia. 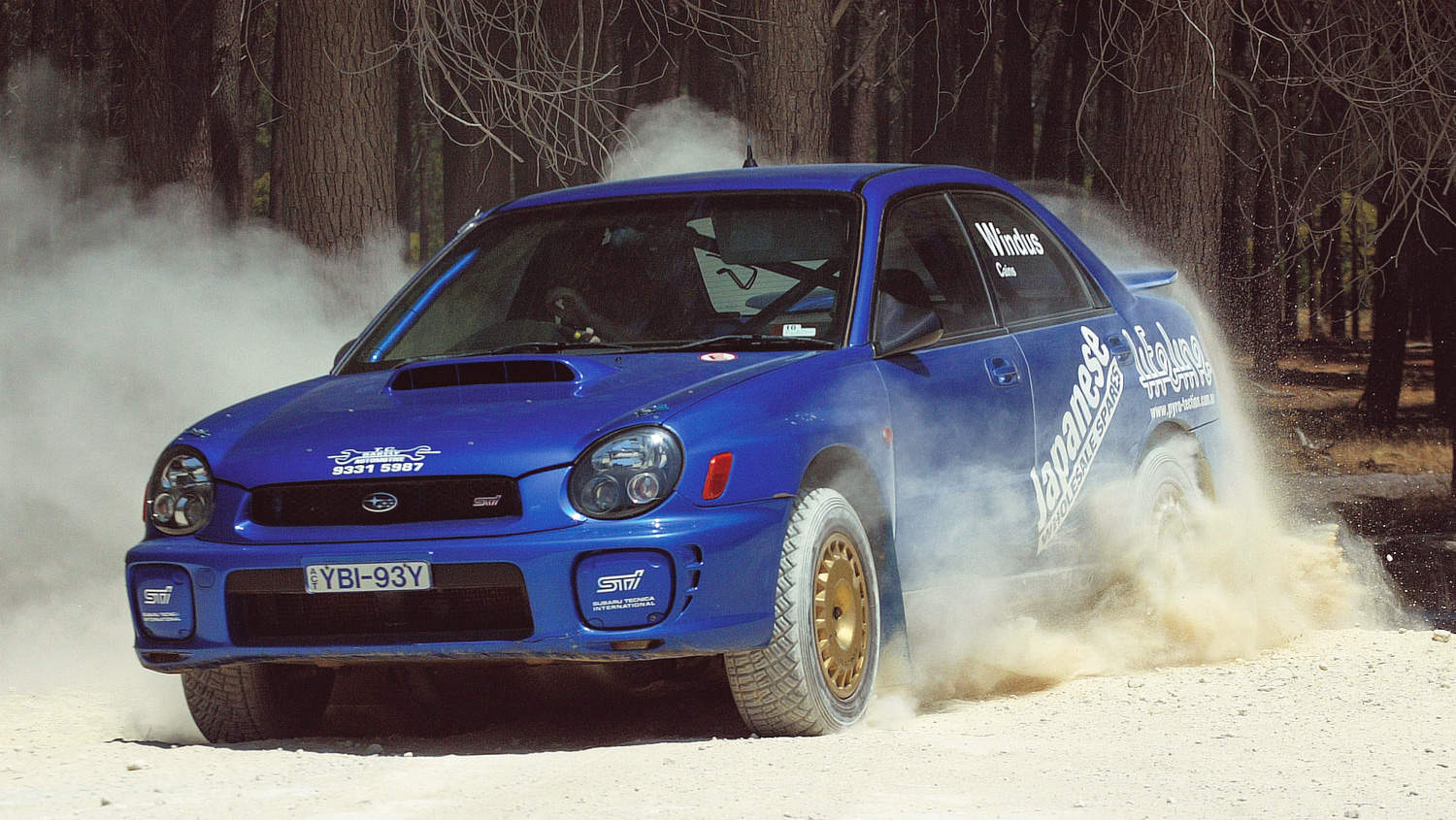 The body, a 2001 model, was fully seam welded and lightened where allowable and the strut towers strengthened for the rough and tumble of rallying. An 80-litre Group A bladder fuel tank was fitted, along with an in-built surge tank. Fuel is fed to the engine by no less than four fuel pumps, two for fuel pick up and two for supply. In the interests of weight saving, carbon fibre wing mirrors, driving light pods and the Coralba tripmeter mount were fashioned and fitted. With the bodywork taken care of, Thompson had the renowned James Laird assemble the turbocharged, high compression STi engine. The engine features a gas-ring block, forged pistons, vernier cams and a carbon fibre air induction system with a straight line intake to the turbocharger. While no output figures have been disclosed, horsepower is ‘considerable’, and was enough to give the Group N cars in last year’s ARC a hurry-up. In fact, so strong was the car that, with Thompson at the wheel, it set a fastest stage time against the factory rally teams in Falken Tyres Rally Queensland in 2003, and was as high as seventh outright in the Tasmanian ARC round in 2004. 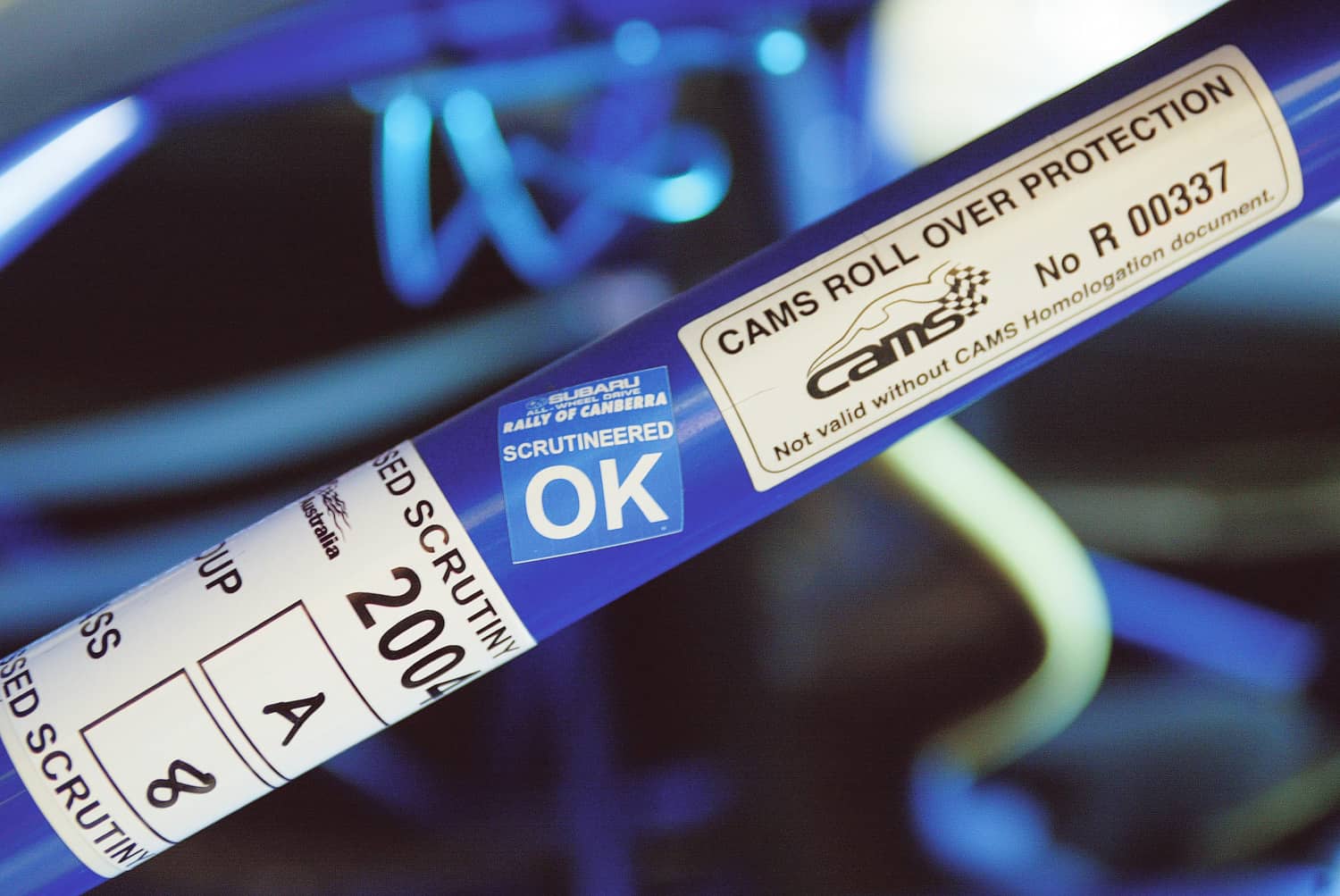 Last season the car ran a STi Spec “C” six-speed gearbox, but Windus aims to run the car with a 6-speed Modena dog box and diffs and a Prodrive centre diff controller, providing the right ratios for every condition. Proflex suspension has been chosen all round, with 55mm adjustable struts and large diameter springs to take care of the rough. Of course, no good rally car is a winning package unless the brakes are up to the job and this is another area where nothing has been skimped. Group A 4-spot AP racing calipers are used all round with Group A vented discs and alloy bells. 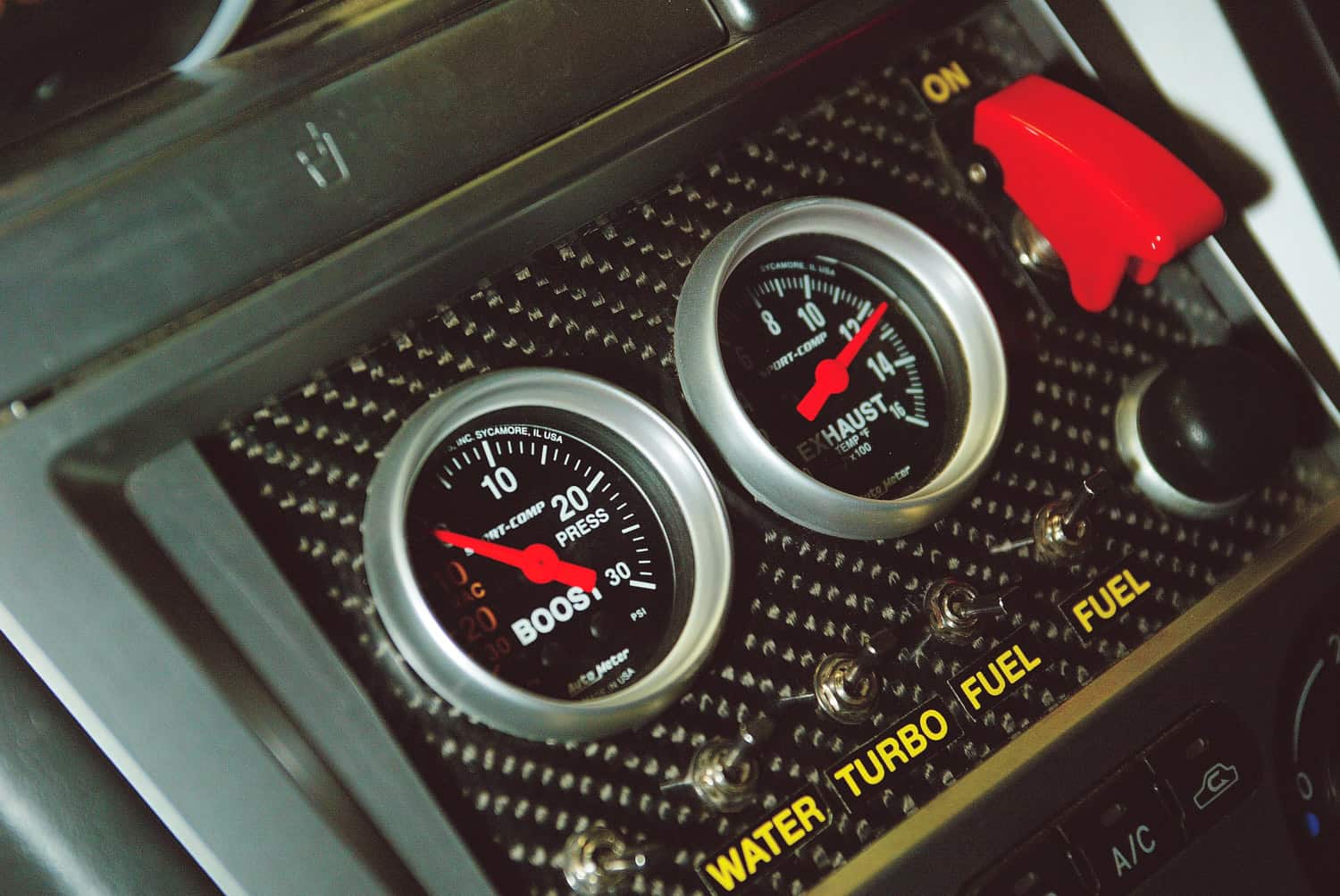 Front-to-rear balance is taken care of with a fully adjustable pedal box and balance bar so that the balance can be adjusted on the move for ultimate braking set-up. If you were paying $1000 for each wheel on the car you’d want them to last, and there’s no question that these OZ Racing wheels are up to the task. They’re made from cast magnesium and weigh 2kg less than the standard wheels, so unsprung weight is optimised. Do your sums and you’ll understand that a 2kg saving per wheel relates to a 10kg saving all round, including the spare. That sort of saving means more speed, better braking (less mass to bring to a stop) and better riding over rough roads. These 15 x 7 wheels have been worthwhile – only two have been damaged in three years of rough and tough rallying. Working on the adage that if you want results then you need to build the best possible car, the Thompson/Windus STi is one of the best around. There’s no doubting the attention to detail that’s gone into the car and major results are just a matter of time. 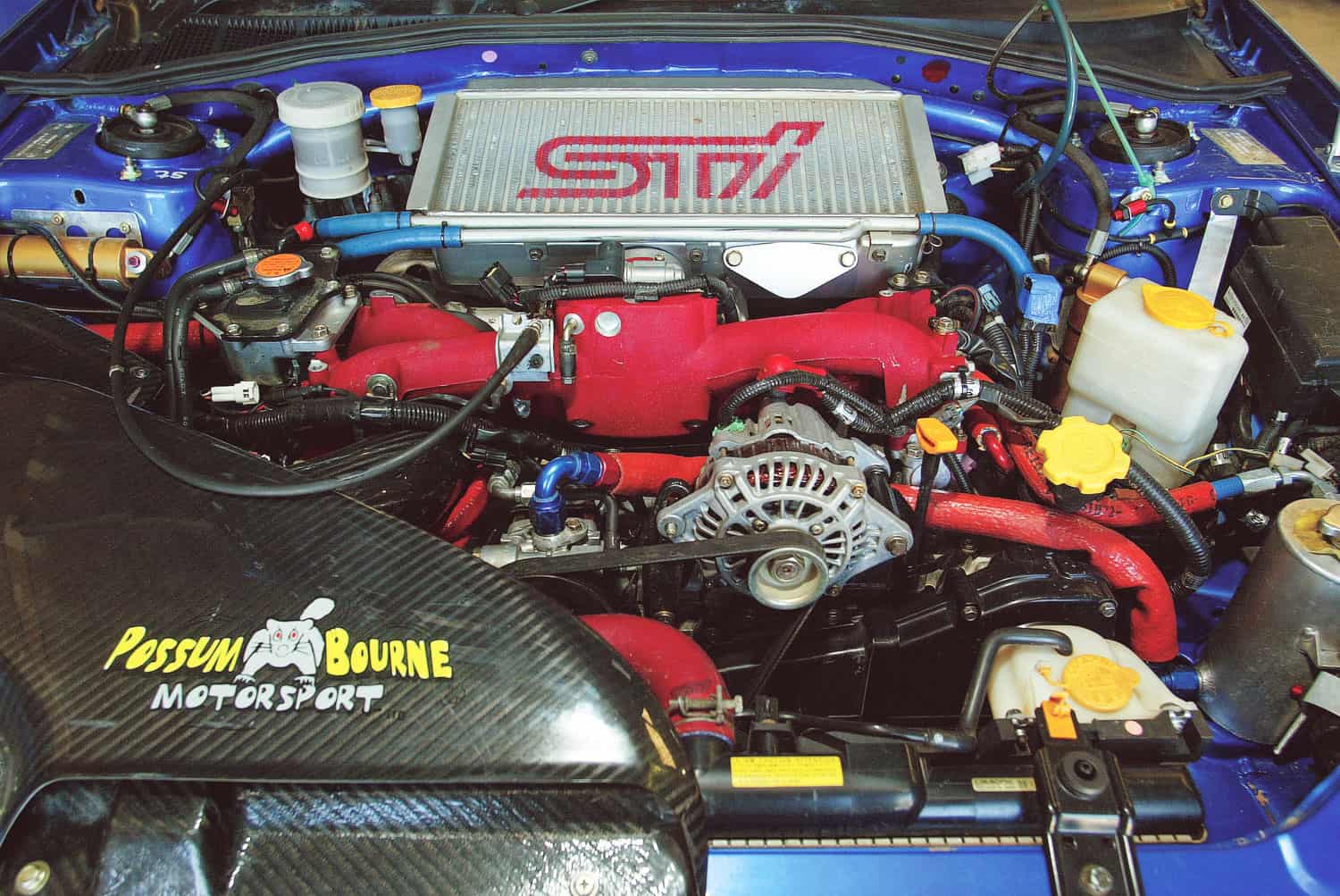 With six rounds of the ARC scheduled for 2005, Darren Windus is looking at a major investment in rallying, but he’s confident that he has the right car to do it in. One thing he has promised himself is that he won’t be repeating his disastrous crash of last year when he had one foot on the podium. But as anyone will tell you, that’s rallying. FOOTNOTE: After running the car in the 2005 Australian Rally Championship, Windus sold the car to a competitor in Dubai, but has since lost track of the car. 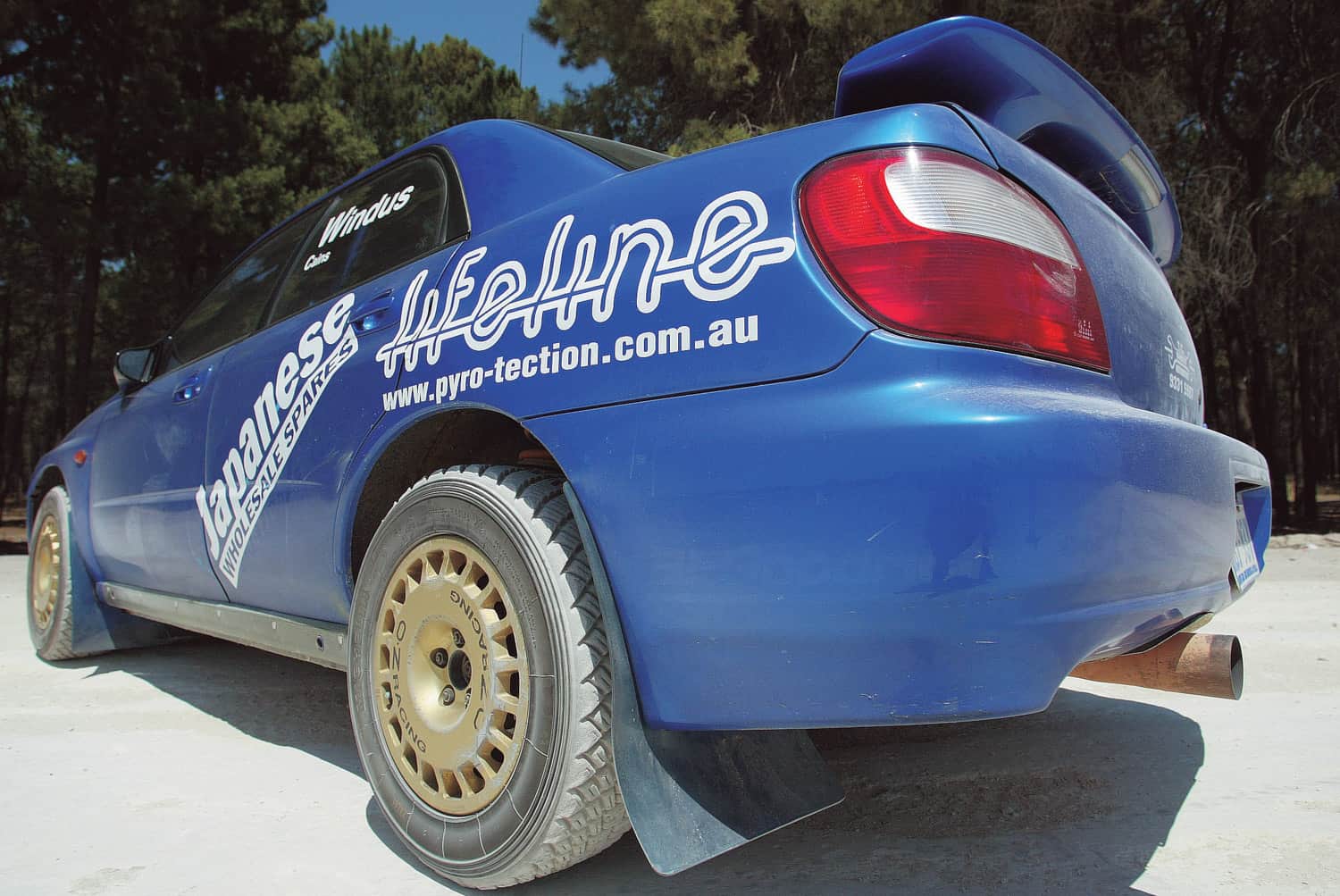 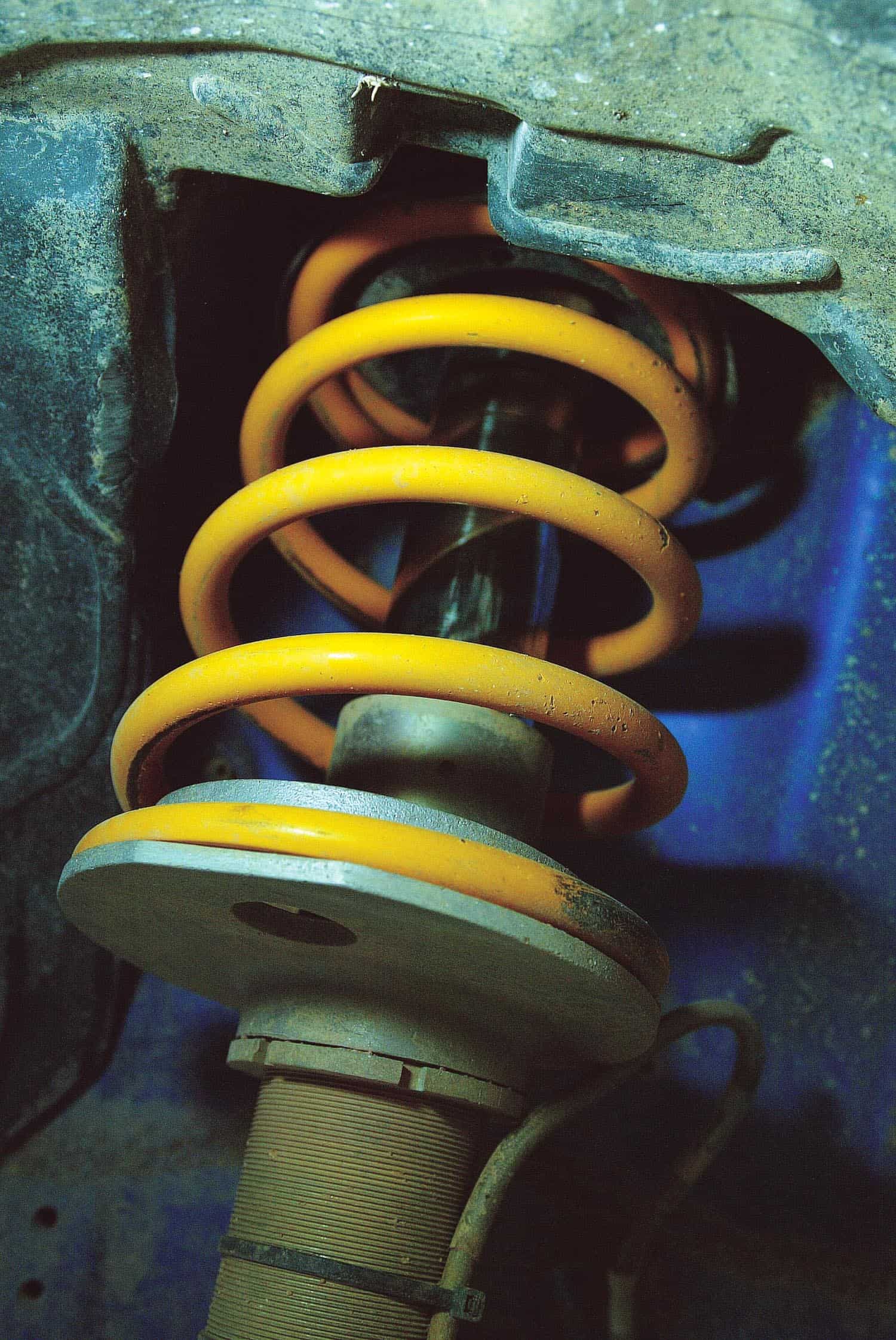 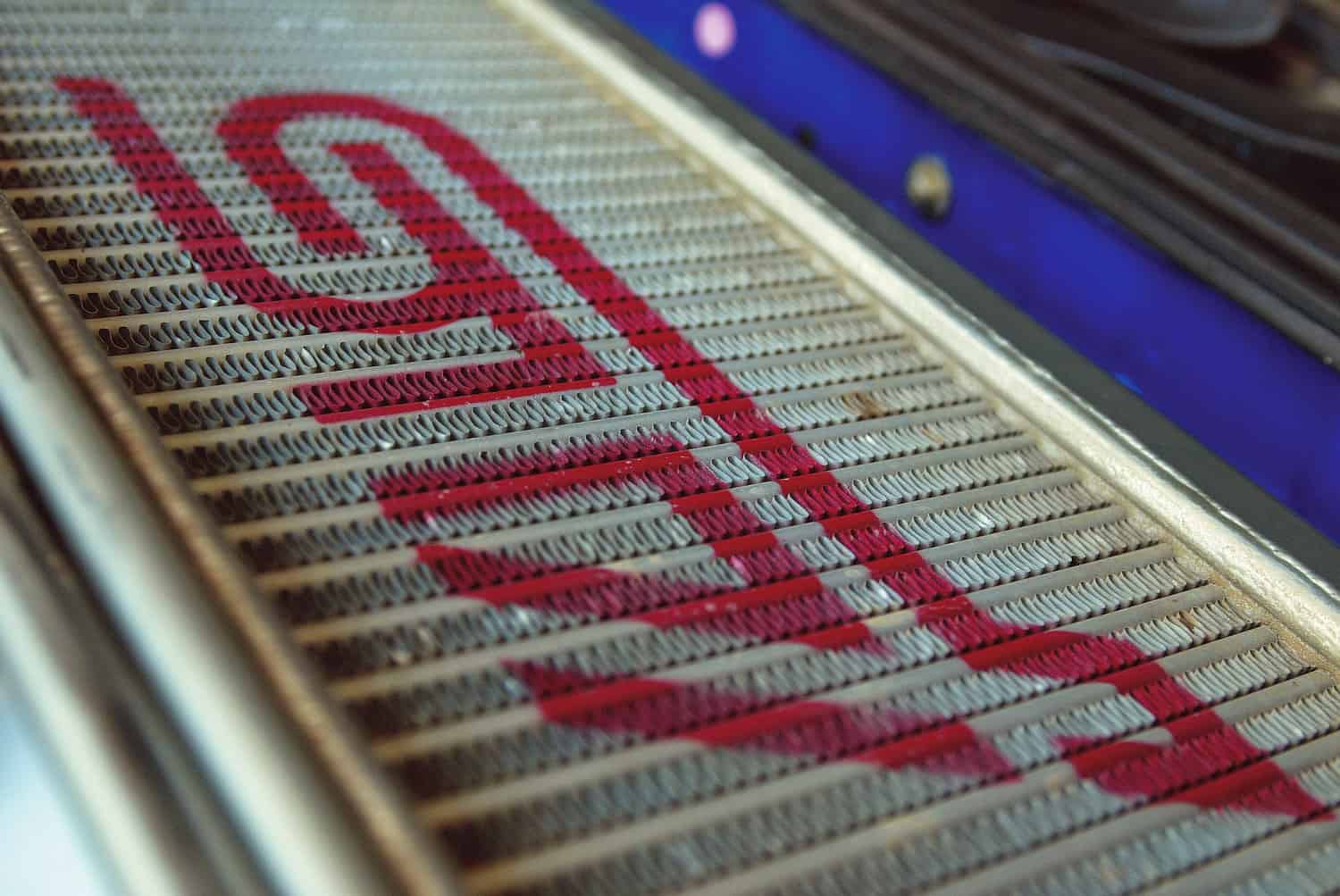 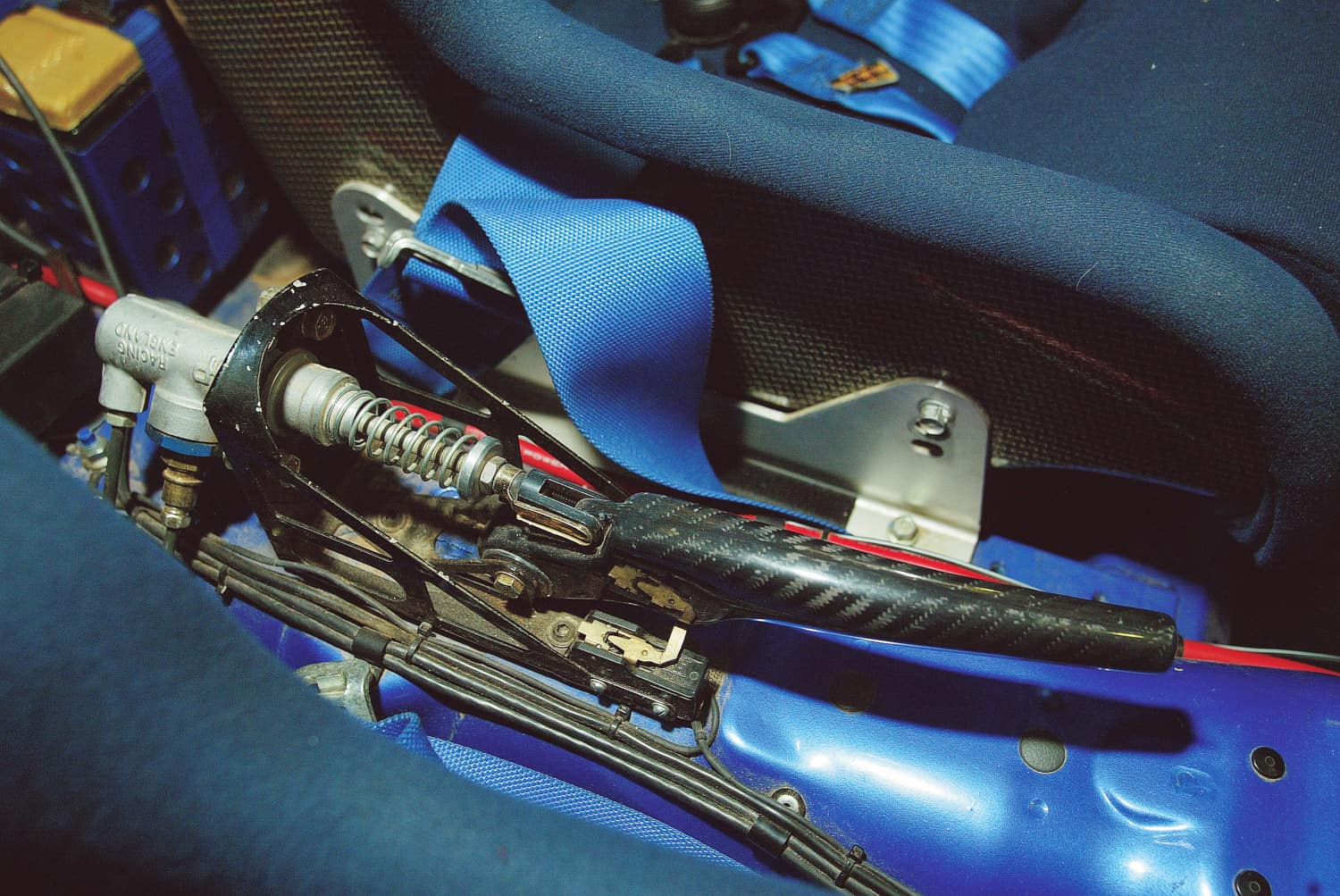 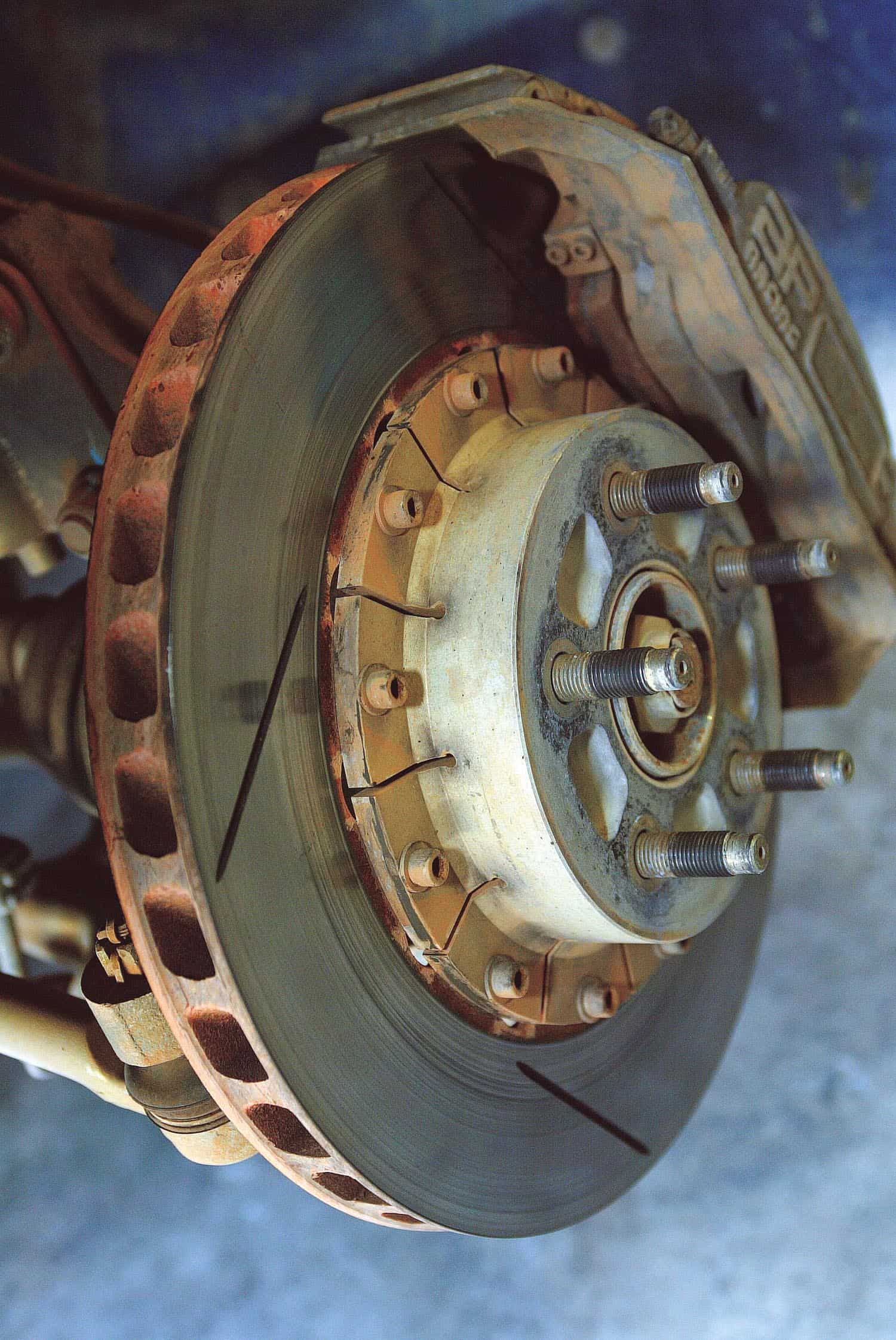 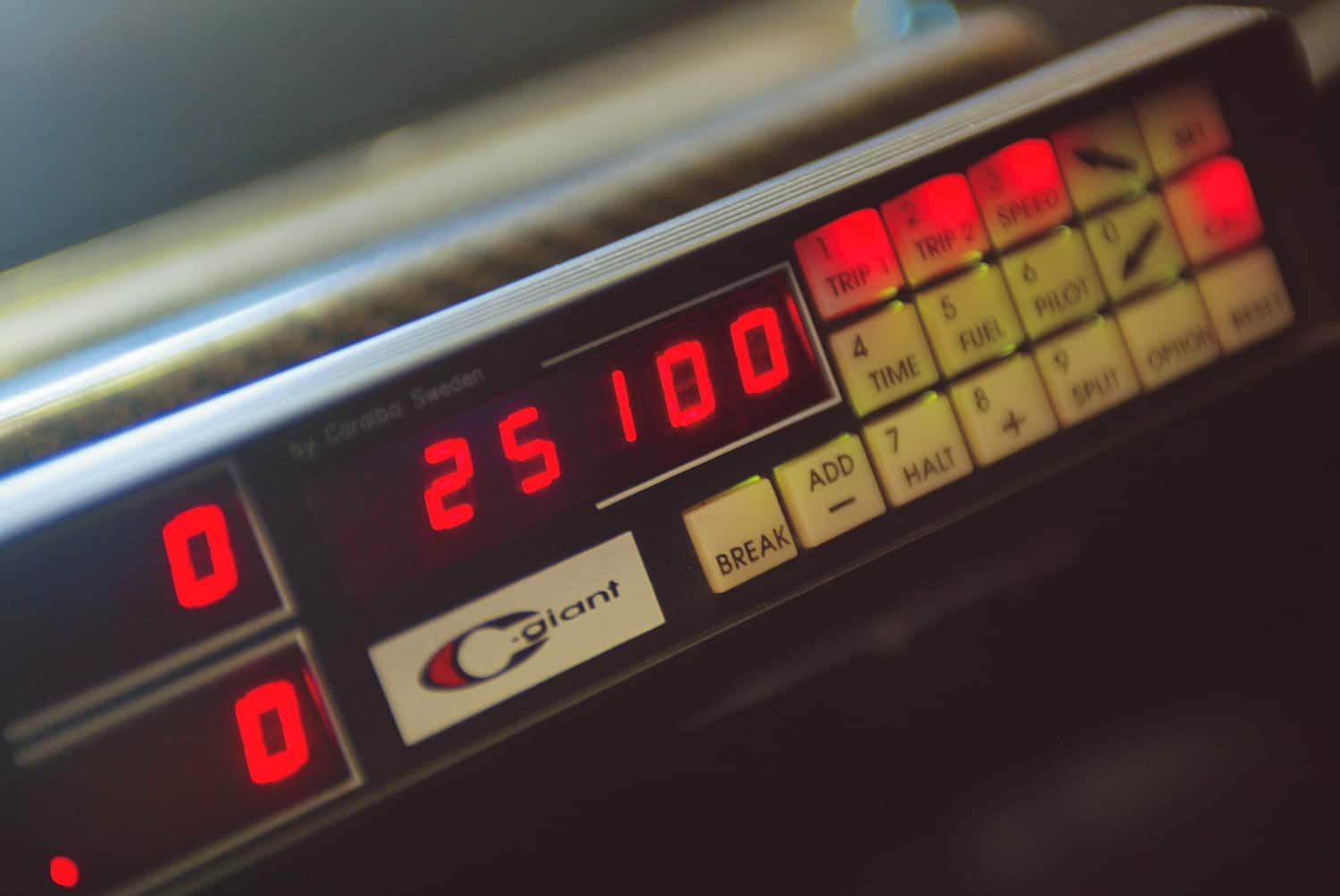 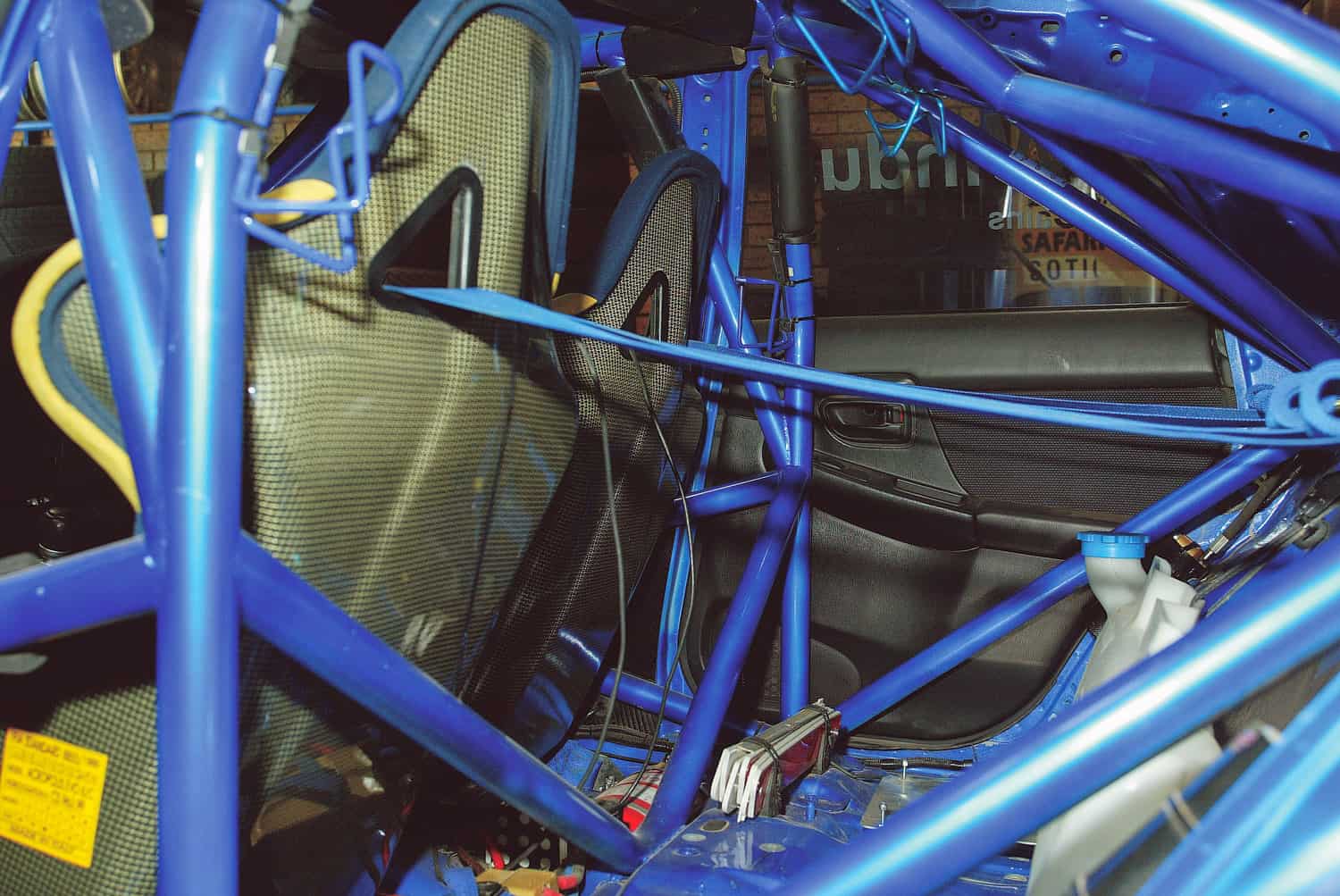 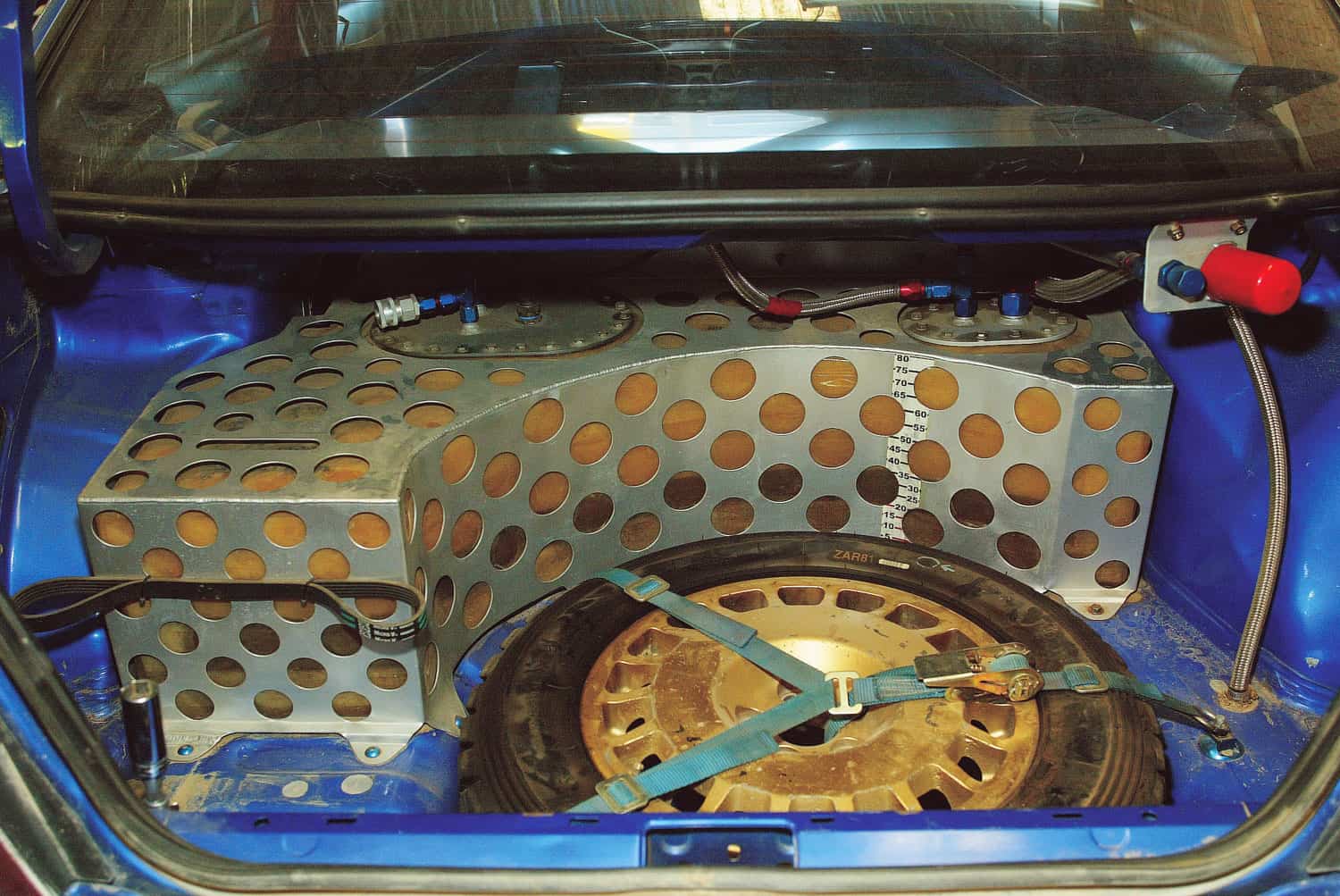 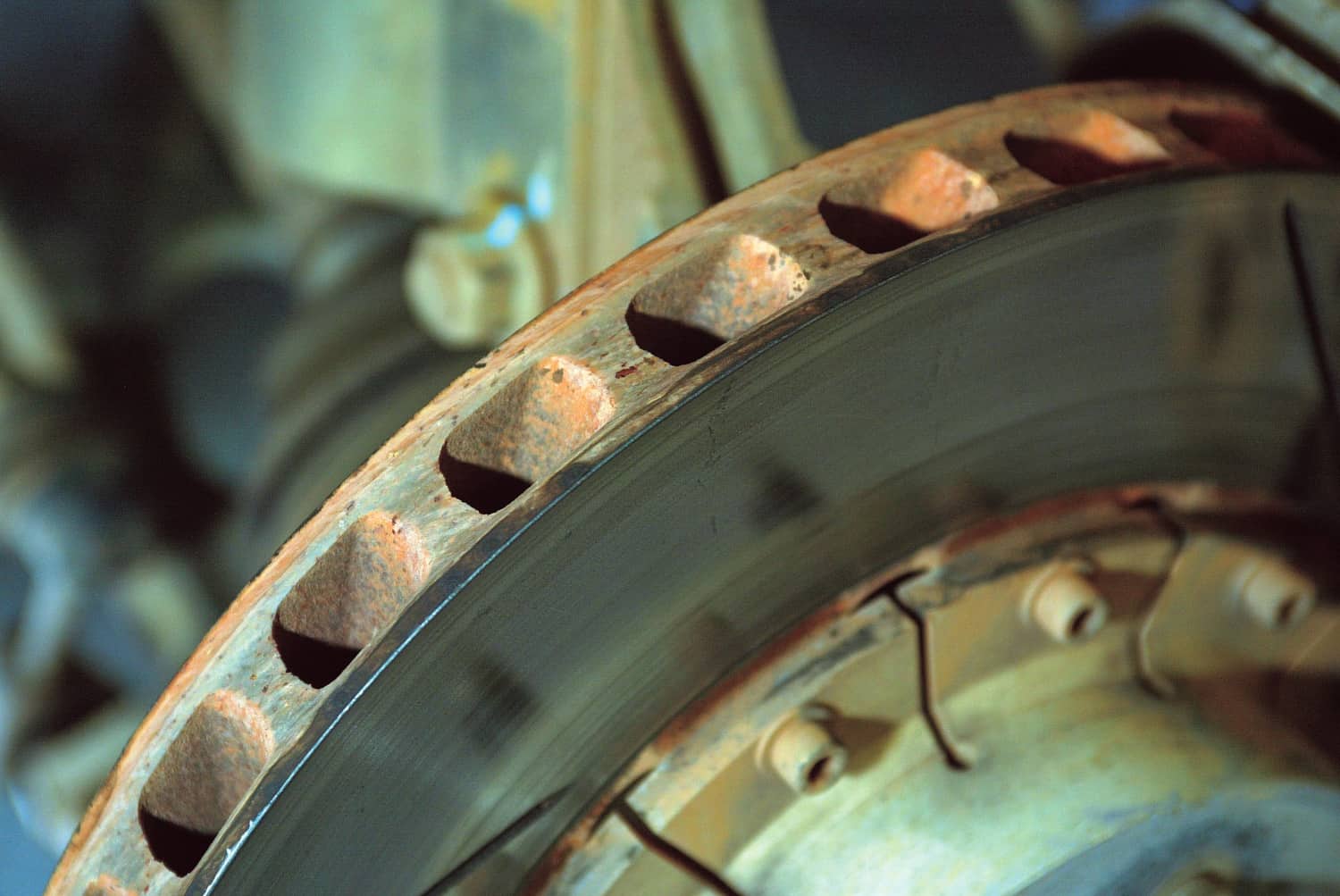