The iconic name is back, and yes, it’s still relevant in the 21st century racing game landscape.

It’s a time that’s seen many try, yet few master the unique characteristics of rallying.

Changing grip, the intricate handling of each car means there are many fine details to master, and 15 years after the last V-Rally, they’ve done things well.

V-Rally 4 comes from the same developers as the most recent WRC games, and yet makes a vast improvement from the game we’ve recently seen on the WRC eSports World Championship.

A stark difference can be noticed between WRC 7 and V-Rally 4.

The former had done a poor job at trying to make a simulation style game, with direct comparisons to Codemasters’ recent titles not even in the picture. 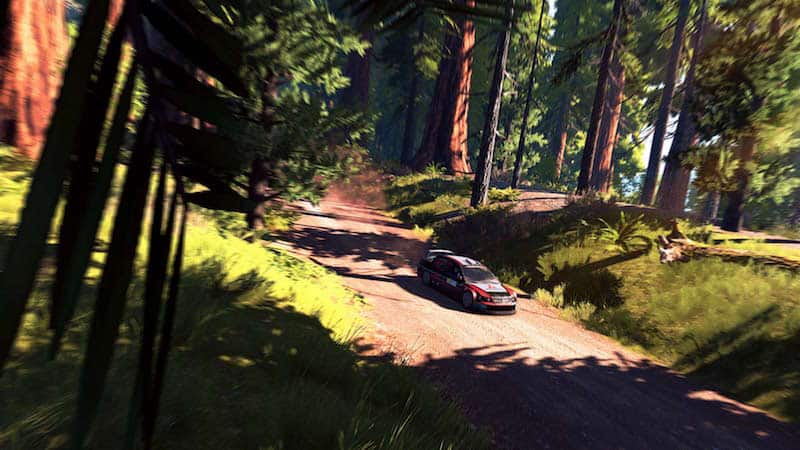 You can drive a Mitsubishi World Rally Car in V-Rally 4.

In a day and age where the simulation style is taking over, it’s nice to see V-Rally 4 keeping an arcade style feel.

In the end, it’s all about entertainment, and V-Rally 4 gives you that.

It’s not a simulation game, but who cares! It’s addictive and hard to master, which makes it all the more fun. And after all, how many of us have a state-of-the-art simulator to get the most out of these games? We want to sit on the couch or in our chairs and drive these cars as fast as we can, and boy does V-Rally make it fun.

As mentioned, the handling is not like you’re hopping in a simulator, and it does take some time to get used to the delicate steering inputs required, but once you’ve got on top of it, it’s fun to drive. Mistakes are easy to come by and the stages are tight and twisty. Rear-wheel drive cars are difficult to master, so it would not be our tip to choose the Lancia 037 on your first stage.

The rally events on V-Rally 4 take you to some interesting countries, and not one that has a WRC event (yet). USA, Kenya, Malaysia, Japan and Russia give you a vast range of stages on all surfaces. The challenge, also, includes a number of long stages which are hard to stay concentrated for. 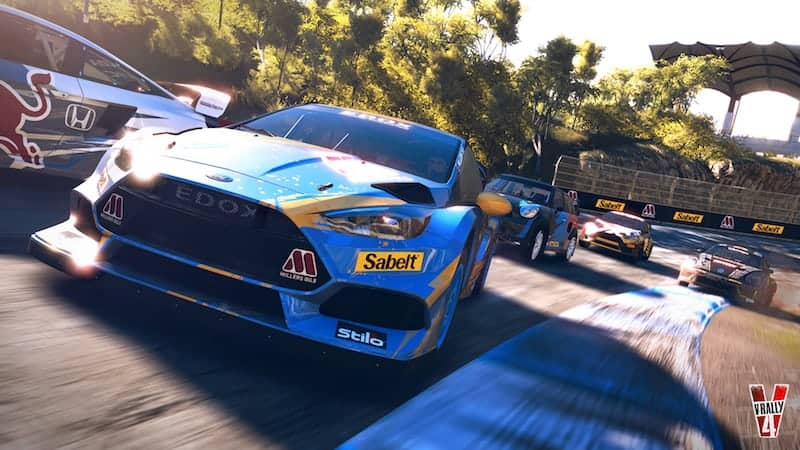 Both marks of Escort are available, as is the all conquering Skoda Fabia R5 and Volkwagen Polo WRC. The fastest rally car is the Mini John Cooper Works WRC, which almost feels like a rallycross car on rally stages - maybe a little unrealistic, but something for when you’ve mastered the rest of the cars.

The career mode is a bit clunky, and follows the pattern of other rally games in the fact that you’re winning prize money from day one (if only it were true).

After you have a test in a four-wheel drive car, you’ve got to purchase your first car. Our choice was a Ford Escort Mk1, and we wrung the neck out of it before upgrading to a Lancia Stratos not long after.

Sponsors are eager to jump on board and make the most of your fame, which makes it a little easier to climb the ranks.

Arguably the most intense game mode is the Extreme-Khana mode, similar to Gymkhana. Armed with a super powerful car, it’s a race against the clock with donuts, jumps and obstacles to get through.

Some of the tracks are hard to get your head around, but once you realise that jumping through windows to the next building is completely fine, it all comes together okay.

There’s been a missing dynamic in our eyes in rally games. Back in the day, you were able to play split-screen with your friends, and now it’s been revived.

Vertical split-screens are hard to get used to, as it the lack of pace notes, but it fires up the inner house rivalry of who is really the quickest.

Online multiplayer is, of course, available, but we’re more interested in beating the person sitting across the room and rubbing it in accordingly.

V-Rally 4 gets a big tick from us, and will likely take up several hours of our time. It's not the best game out there, and it's not like jumping in a real rally car, but it will keep you occupied and give you a challenge. Most of all, it's a great improvement from Bigben and Klyotonn. It must be asked though; where will the next officially licensed WRC game come from?
VIP Exclusive Content
Get full, exclusive access for only $6.55/month.
Subscribe Now
Already have an account? Sign in