Still leading the championship is Bruno Magalhaes (Fabia R5) who had been challenging hard for second place.

Although the weather was mainly fine, there were an inordinate number of dramatic accidents.  Before the rally started, Lucasz Habaj spun his car head-on into a road face, then Tomasz Kasperczyk had an extraordinary escape when he left the road, being stopped from falling a long way down by a guardrail holding the car back, even though wheels were already suspended over the edge.

Jan Cerny rolled down a hill over the top of a guardrail, and Sergio Vallejo impacted a tree. 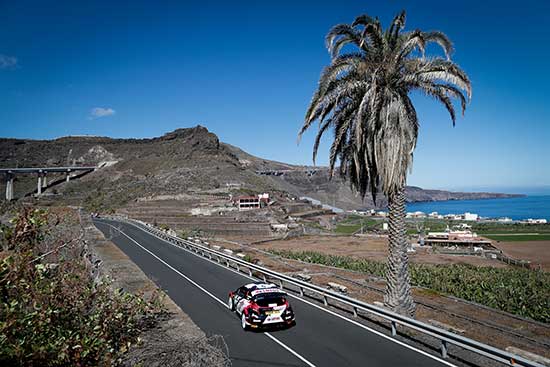