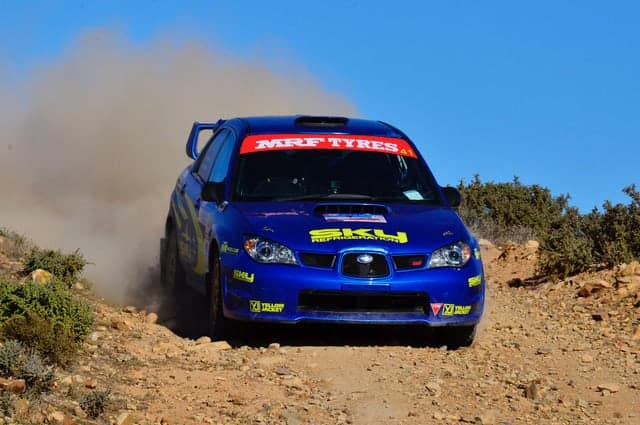 Victorian Peter Schey and S.A.’s Kate Catford only led twice on the inaugural Auto One Port Augusta Rally of the Ranges – on the first and last stages.

Held on June 29 in the southern Flinders Ranges, it was the second round of the 2018 MRF Tyres South Australian Rally Championship.

With the rally HQ in Quorn, it was a one-day event, featuring 8 stages on a variety of surfaces covering a large area.

In a very close finish, Schey’s Possum Bourne-built WRX STi finished 8 seconds ahead of the WRX of Aaron Bowering and Heath Weedon, with Stuart Bowes and Mark Nelson’s classic Mercedes Benz 450 SLC 6 seconds back, in turn only 3 seconds up on Jamie Pohlner and Ken Moore’s Subaru WRX. 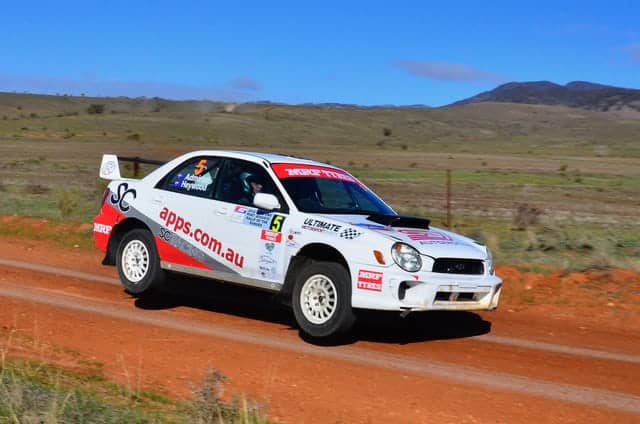 Zayne Admiraal had a costly puncture on the final stage. Photo: John Lemm

As it is almost the sole access road to the Flinders Ranges tourist area, this was a major coup. The organisers and the locals responsible should be congratulated.

Schey and round 1 winners Zayne Admiraal and Matthew Heywood (WRX) were equal fastest on the stage, only 3 seconds ahead of Bowes.

This was followed by The Gunyah, 23 km of fast, reasonably smooth gravel, where Bowes went into the lead, 18 seconds up on Bowering, with Admiraal 6 seconds back.

Mark Povey/Brendan Dearman’s Stanza was out on the stage with a collapsed front spring seat. 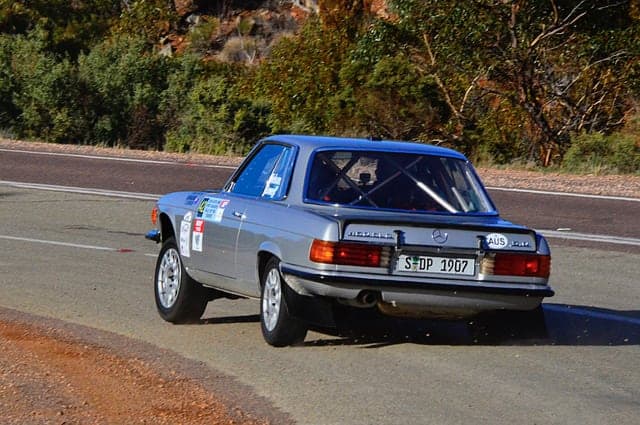 Another fast stage, Yappala, was next, Bowes’ Mercedes 9 seconds faster than both Admiraal and Paul Heenan/Andrew Kriesl’s Galant VR4.

A short super special stage was run beside the racecourse in the nearby town of Hawker, Admiraal 3 seconds up on Bowering, Pohlner 1 second down, with Schey and Dale Cagney/Mark Dycer (Mitsubishi EVO) a further second back.

Heysen, the event’s tightest, roughest stage, ran through narrow private tracks, with some cautions for creek beds and off-camber corners. Most of the field overshot a tight right-hander which dropped into a creek bed, where Selley’s handbrake turn spun and stalled the Escort across the track, the starter motor refusing to comply, losing some 3 minutes in the process.

Admiraal, one of those to run wide, was 9 seconds up on Pohlner, with Bowering 1 second further back.

Cousins Michael Nixon and Jim McGough’s Escort Mk 2 was the event’s third and final retirement, stopping near the end of the stage with engine problems. 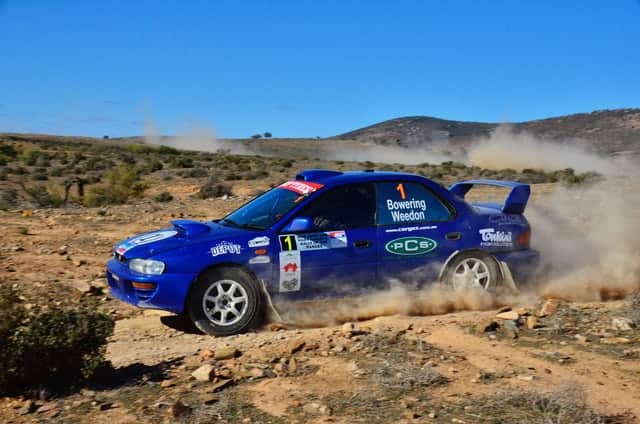 Schey was best on Whitehead by 1 second from Bowes, in turn 2 up from Heenan. Rob Hunt/Darkie Barr Smith (EVO VI) and Admiraal were another second back.

Prior to the final Stokes Run, at 26 km the event’s longest stage, Admiraal held a narrow lead over Bowes, Bowering and Pohlner, but the white WRX was about to hit trouble.

A flat tyre and a problem with the jack 5 km from the end cost them 5 minutes, dropping them to 11th in the final standings.

Also suffering a puncture on the final stage was the Escort BDG of Wayne Mason/Dave Langfield, the jack breaking in the process, forcing Langfield to run back to a road closure to borrow a replacement. The time lost saw them classified 18th and last finisher.