Rising star, Arron Windus, will head back to the UK this year for a full seven-event assault on the British Junior Rally Championship.

Ironically, this is the same weekend as the first round of the Australian Rally Championship, to be held in Windus’ home city of Ballarat.

“I would have loved to do the Eureka Rally in my home town, but it’s not to be.

“I’ll be based in the UK this year, and living in Oxford, close to the Vauxhall team headquarters,” Windus said.

“I’ll be working with the team for three or four days a week and learning the cars, and then helping get the Vauxhall Adam R2s prepared for upcoming events.” 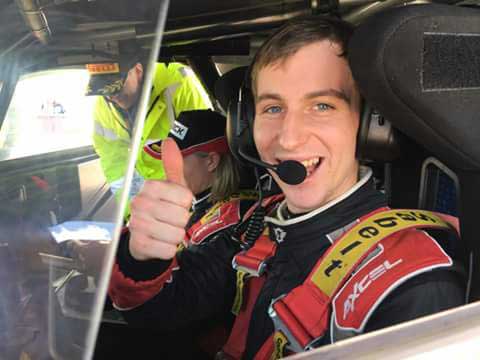 Arron Windus will contest seven rounds of the British Rally Championship.At this stage it has not yet been finalised if Windus will drive the Vauxhall Adam R2 model, or the Adam Cup car, which is basically a Group N version of the same car.

“Having seen first hand what it takes to win the championship last year, the plan is definitely to win the title this year,” Windus added.

“I’ve been putting in lots of preparation over the past few months, and believe that we are putting the stepping stones in place for success.”

Windus is the youngest ever winner of a Victorian Rally Championship round, and last year set some extremely competitive times in the South Australian round of the national championship, driving a Subaru WRX STI.

While his seven-event BRC program will be a hectic one, he still has hopes of contesting some events in Australia later this year.

“The BRC is all over by mid-September, so I’ll be back home before the Akademos Rally in October, and there are also plans to try and contest Rally Australia in November.

“Vauxhall are also keen for their cars to do Wales Rally GB in October, so we’ll just need to see how everything fits in,” Windus said.