The Eureka Rally was run and won on the weekend, and RallySport Magazine was there to capture the action, and take in the stunning Ballarat weather whilst chasing the fastest rally cars in the country. Congratulations to all It’s worth mentioning the fantastic effort which was made by the championship and event organisers in producing media content across the weekend. There were times in years gone by where this was minimal at the best of times, and it was great to see all of the photos, articles and videos across social media. Long may it continue. Invaluable tabloid support The Courier, as naming rights sponsor, were set to cover the event to some extent. The full extent of this was revealed on Saturday, when their paper had four pages of rally information on the front, back and inside covers. Given that there was an AFL pre-season match and a camping expo in Ballarat the same day, the rally coverage was fantastic. 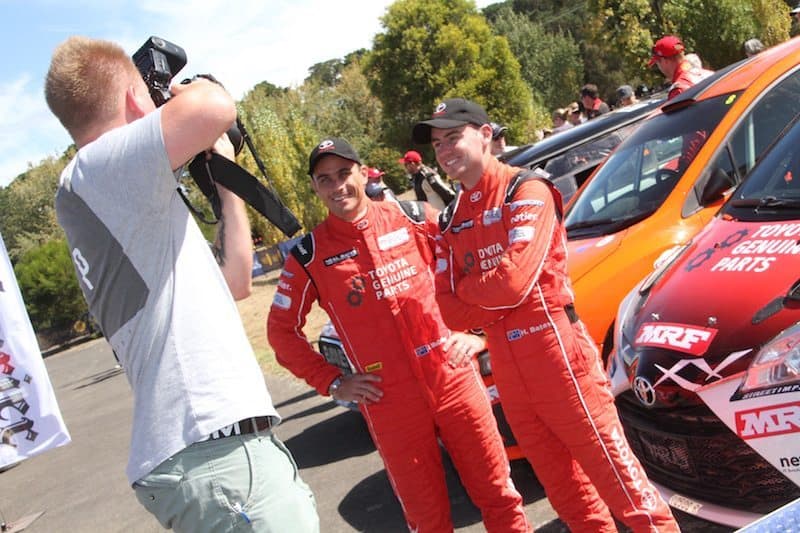 Spectator details and photos were seen by thousands, in what was is sure to be a valuable asset to the event both this year and moving forward. After all, many say it’s about bringing rallying to the people, and it’s hard to miss when it’s on the front cover of your newspaper. The win that came at a cost Speaking to RallySport Magazine at the podium, winner Harry Bates was sporting a bandaged right hand. The recent switch to left hand drive has meant a new hand to change gears sequentially, and though he wears driving gloves, Bates was developing some severe blisters. “My left hand is used to it, and we’ve already been through this phase in the S2000 car.” 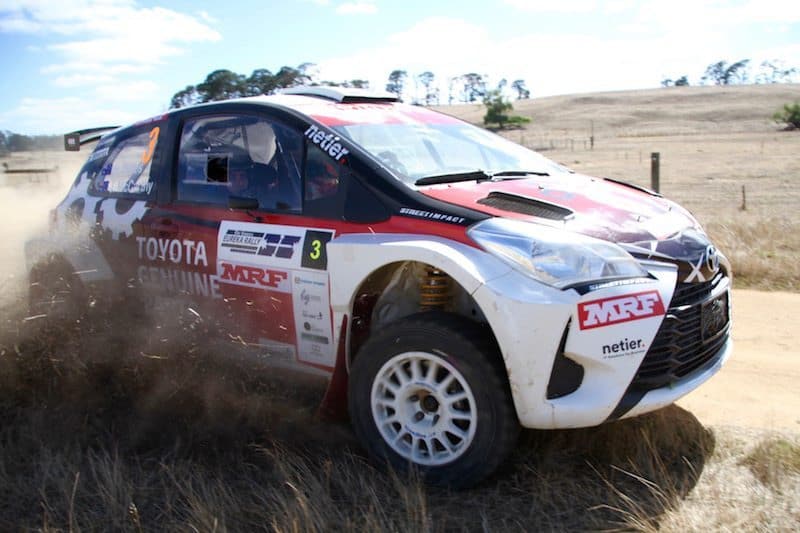 Harry Bates came across some not so handy issues at the Eureka Rally. Photo: Luke Whitten

“We had to call back to service and get them to grab something to help it - it was quite funny.” he added. It might be a good excuse for some more testing in the Yaris! Tyres Saturday was hot. Tyres were somewhat an issue in the morning, but in the afternoon it was difficult for some ARC front runners to conserve and get the most out of their tyres. Managing tyres is part of the game, and in the 30+ degree temperatures, some struggled with durability on the harsh roads. 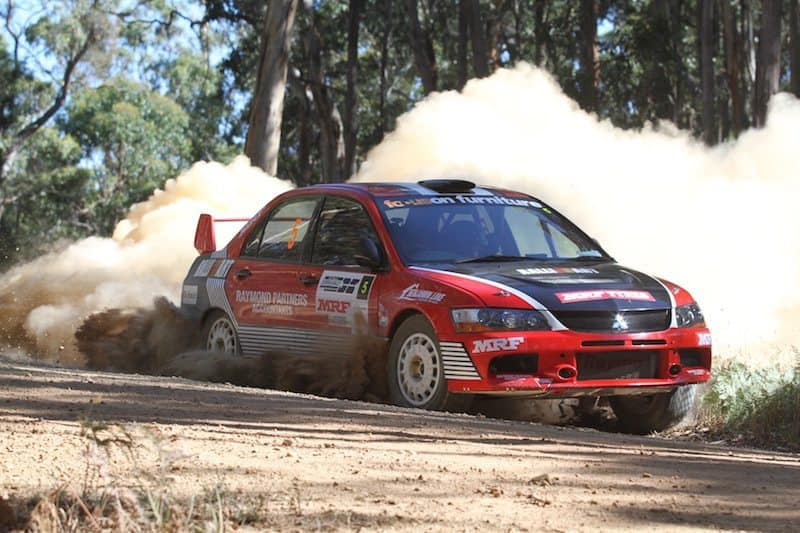 Sunday there was some respite with the cooler weather, but with tarmac sections, the tyres took a pounding again. Welcome back ‘Rusty’ A surprise, but welcome addition back into the ARC service park was long-time motorsport presenter, Greg Rust. 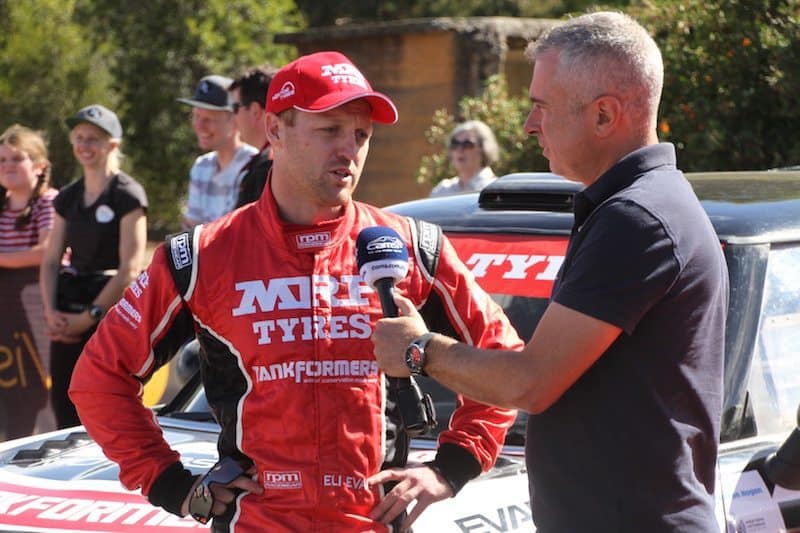 After moving away from his Supercars duties, Rust was called in late to replace Chad Neylon on the television coverage. Though admitting he would miss the cars and personalities of Supercars, he was pleased to be coming back to his roots and a sport he presented for years. His popularity also proved a positive for the championship, as the rally’s news was spread to his followers on various social media channels. Golden Plains? The final stage of the event, named Golden Plains, featured several stage kilometres on bitumen, and through farmers’ paddocks. Speaking to drivers on Friday, we saw some interesting and intriguing responses. Some saw it as pointless for eight kilometres, others were coming into it with a more optimistic approach. 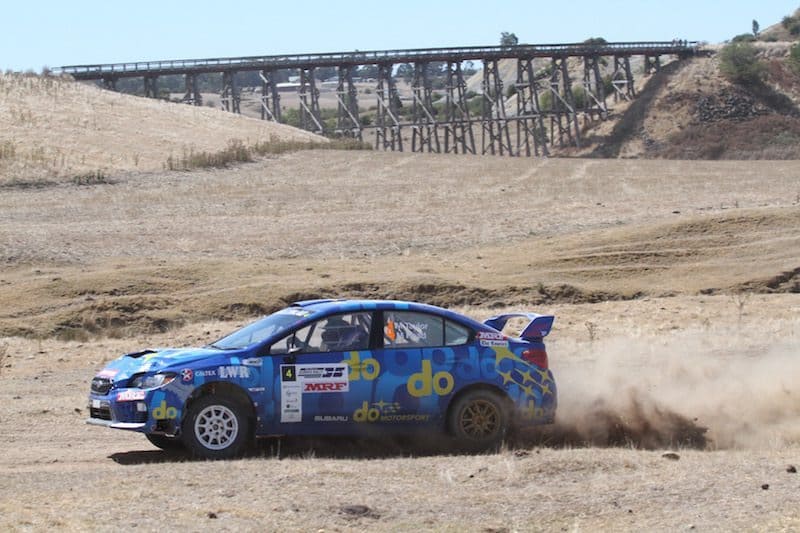 Speaking to photographers, however, gave nothing but positive reviews - no surprise, as there was to be plenty of amazing photo opportunities on the stage. Cars ran across bare paddocks, through an old gold mine and past two dams. 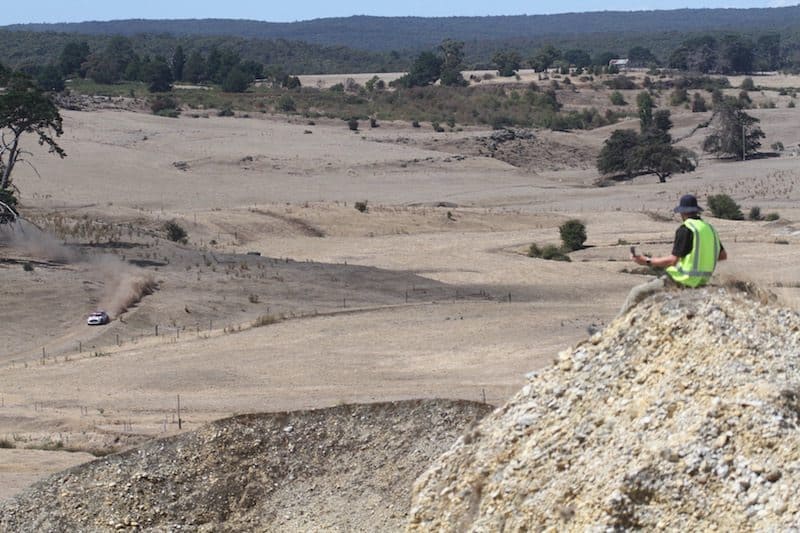 In the end, conditions were probably better than first thought, and it sure created imagery which would difficult to replicate on any other round of the championship. An almost ‘lunar landscape’ was a sight to see, and we can’t wait for the drone footage to surface. 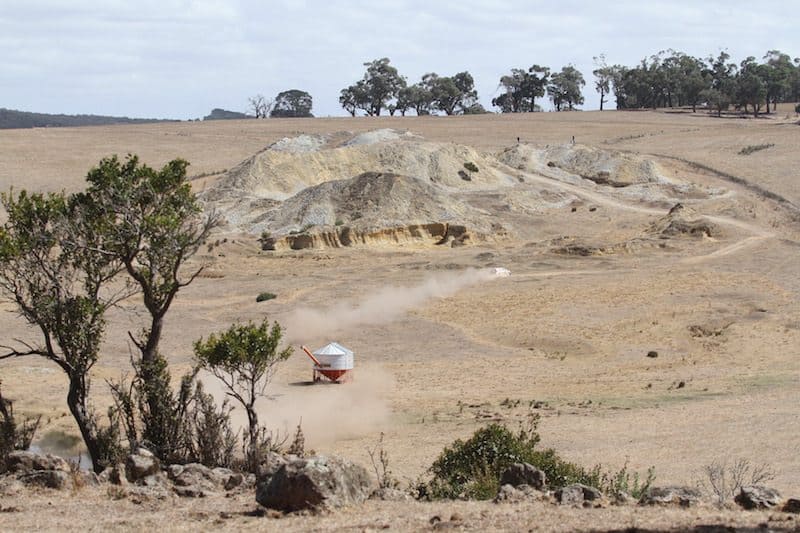 The view from near the start line on the Golden Plains stage at the Eureka Rally. Photo: Luke Whitten

Make your mind up on the stage, but it’s something that, in my opinion, was a success and a great point of difference. Saturday Delays Saturday’s third stage was interrupted by one unwanted member of the public on the course, and though this was rectified, things took considerable time. The results also took their time to come in for this stage, as cars were given derivative times. This bumped Molly Taylor from sixth to fifth at the eleventh hour for heat one. Stage four was also delayed due to an unfortunate accident. Communication was limited, but soon word came through about MIVs, and understandably, the delay was not the worry. Safety is number one, and RallySport Magazine sends best wishes to the people involved in the accidents across the weekend. Glenney proves Subaru still capable Doubts were raised on the Subaru WRX STi’s capabilities against the new AP4 cars. Molly Taylor, and particularly Steve Glenney, proved that the car and brand still have so much to offer the ARC. Glenney was blindingly fast for his first gravel rally in over a decade, and Taylor unlucky, but the car speed was there. 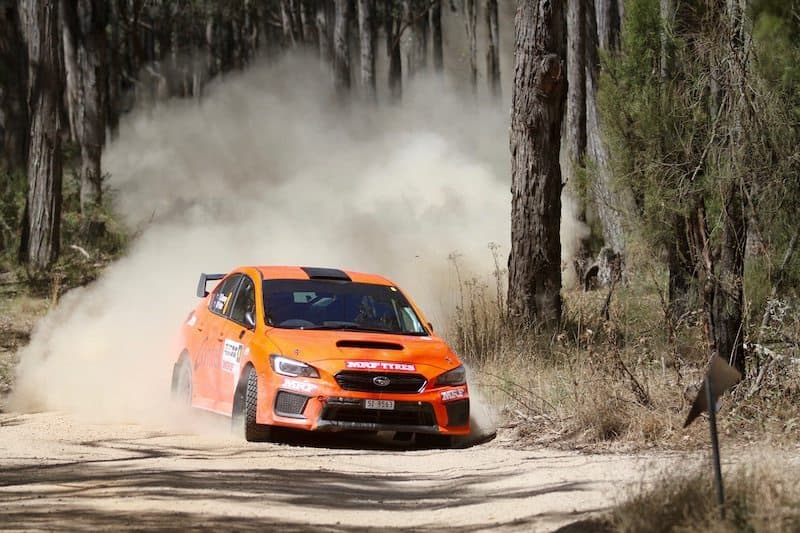 The latter won the first stage on Sunday, and Glenney three across the weekend. In the right hands, the car is still fast. Suba-roo One particular piece of Australian wildlife did not have a care in the world about Molly Taylor’s tough Saturday, and was in harm’s way on the second stage on Sunday morning. She had already taken the first stage of the morning, but soon dropped down the order due to this run-in with a kangaroo. 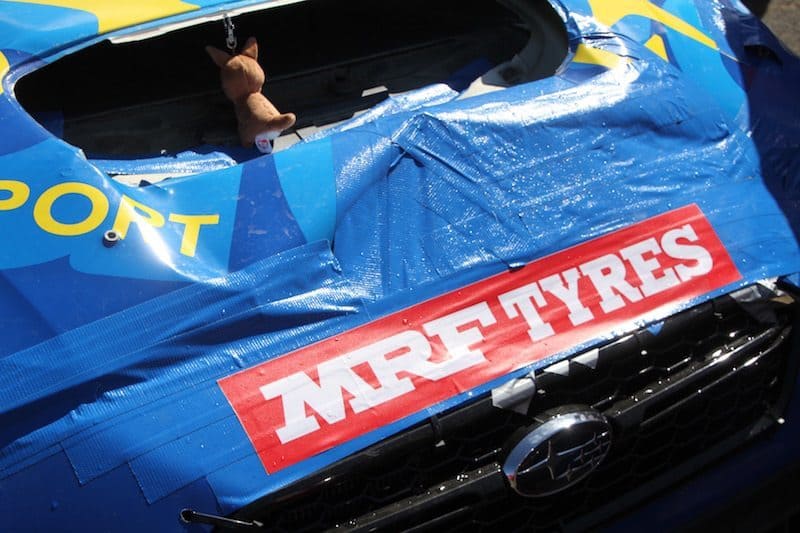 Panel and power steering damage saw Taylor continue, and still finish sixth for the heat. A nice touch at the podium finish saw a toy kangaroo on the bonnet of the WRX - a reminder of how the day turned sour.
VIP Exclusive Content
Get full, exclusive access for only $6.55/month.
Subscribe Now
Already have an account? Sign in