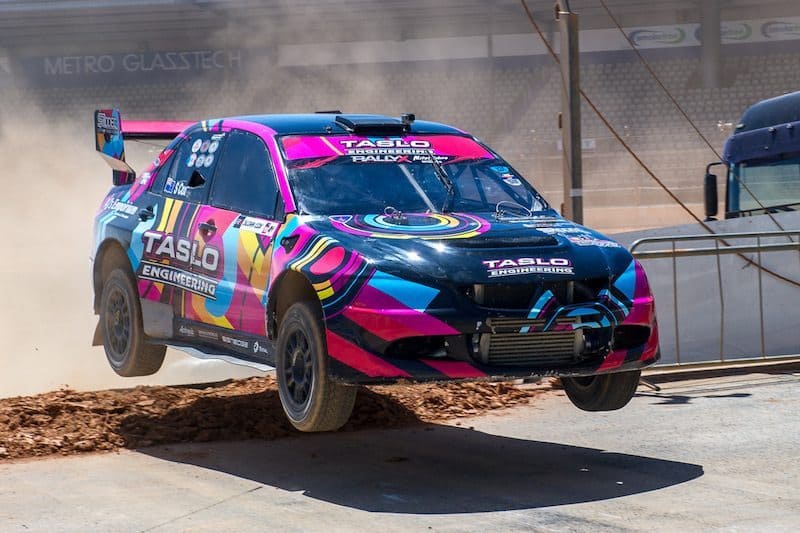 Sloan Cox has already competed in rallycross in New Zealand.

Kiwi rally driver Sloan Cox, of Rotorua, has been accepted into the highly-regarded RX Academy in Finland, providing the 26-year-old with an exciting opportunity to build an international career in the growing motorsport of rallycross.

The RX Academy is the starting point for many rallycross competitors in Europe and the world, and offers competitors professional coaching with driving, mental and physical fitness, and media and PR.

Cox will be one of 12 academy participants who benefit from the coaching while contesting a five-round academy season in identical, factory-built Renault Clio RS RX race cars.

Following a three-day training camp in April, the academy season starts on 6 May in Sweden and has a big prize up for grabs for the winner – a fully-funded drive in five European races in the RX2 International Series or a full season in the FIA European Rallycross Championship for Super1600. 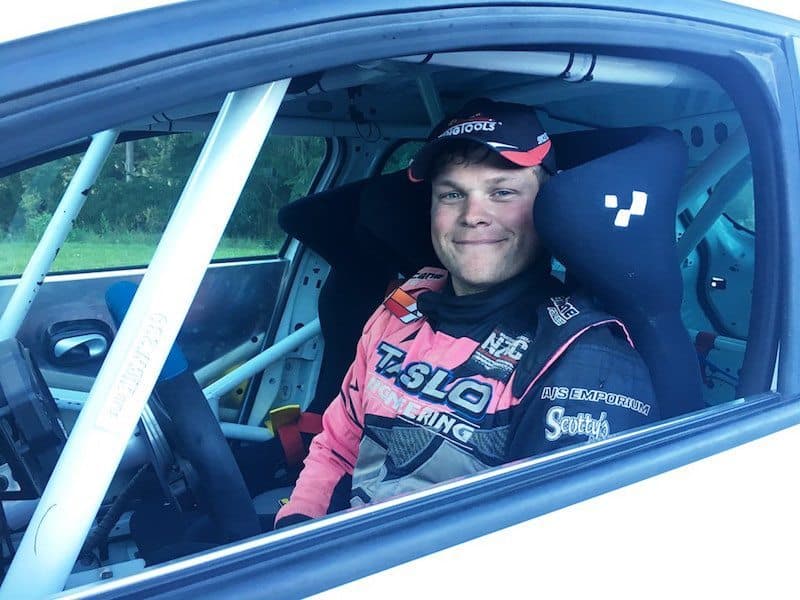 “I’ve really enjoyed competing in and helping to develop the sport so far in New Zealand. I’d love to see it expand here.”

Cox hopes his age and experience with rallying, hillclimbs and rallycross will be an advantage at the RX Academy.

“The experience levels amongst the drivers in the academy will be very mixed. European drivers are known for being quick from a young age but I’m hoping that my age and long history in rallying will work to my advantage.”

“The main aim for me in the academy is to learn as much as I can as I convert to rallycross, and also to build relationships and contacts with teams in European rallycross.”

“We are definitely going there to be competitive and try and win but for us, building the contacts is one of the most important parts.”

The opportunity to attend the 2018 RX Academy came about quickly, with Cox having heard relatively recently that he’d been accepted.

Since then, his focus has been on preparing himself for the intense competition ahead and securing the funding for the €45,000 programme. 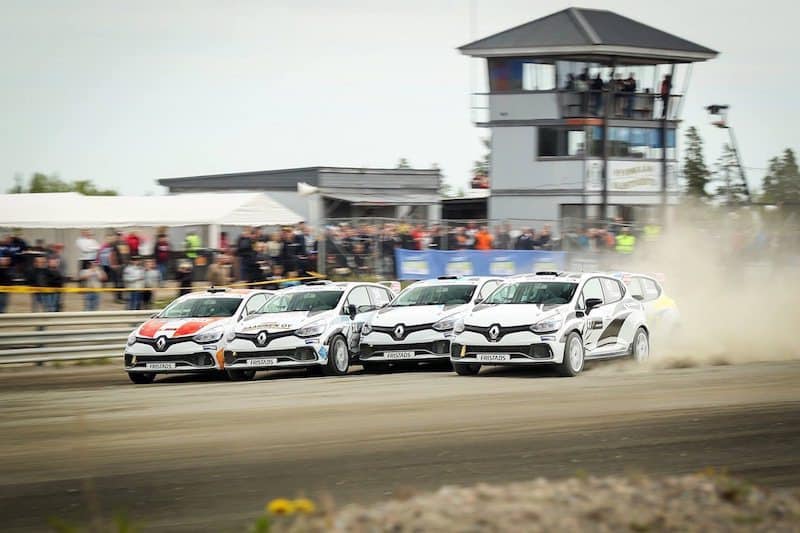 The RX Academy features close racing across all events.

Among his preparation Cox had the chance to spend more time on tarmac on a private race track in the same sort of turbo-charged Renault used in the RX Academy.

Cox says: “I approached a very close childhood friend who works at the track as I had previously been there and knew there was a Renault Sport Clio RS among the cars there. I asked if there was an opportunity for me to drive the car on the private test track as it would be a massive learning curve for me to drive the same car as I will be racing overseas.”

“I would like to thank the owner as I know he doesn’t allow this often and it was a very special opportunity for me.”

“The car was very different to what I am used to driving but still a very awesome factory-built race car.”

“I learnt a lot about the different characteristics of driving a front wheel 2WD compared to a 4WD, so it was an invaluable opportunity ahead of the academy camp in April.”

“We are definitely doing this for the international opportunities and working toward making this a long-term career in Europe.”

The sacrifice is his NZRC campaign.

“This year I won’t be competing in the NZRC but I hope one day I will be back as I love rallying in New Zealand,” he said.

“It’s such a beautiful place to rally and I’d love to bring international drivers over to experience it and grow our rallying scene.”

“Our team was definitely looking into getting a new car for the NZRC season but before we made that commitment, we looked around and found this opportunity which for me, was a better move for my racing career, so we’re going all out to make the most of it.”