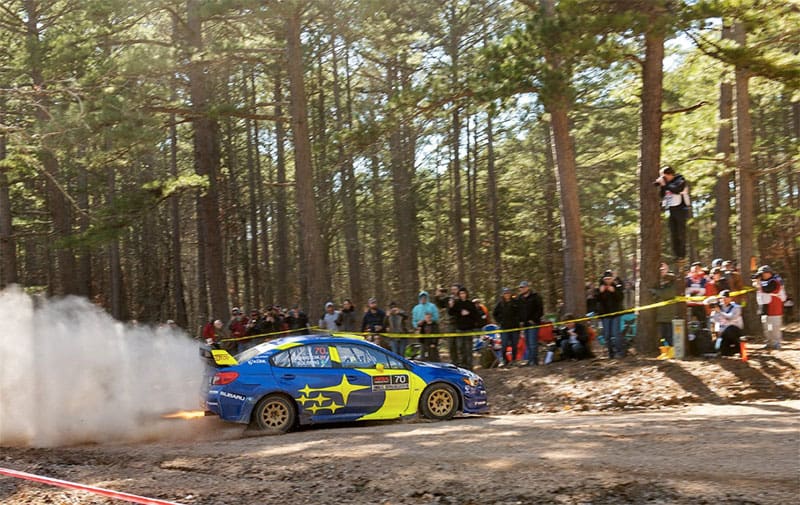 The dominant Subaru America team was unexpectedly defeated on the opening round of the America Rally Association season, the 100 Acre Wood Rally in Missouri.

The multi-champion, David Higgins, led for much of the way until he lost five minutes due to an electrical problem, while his 17-year old teammate, Oliver Solberg, punctured and also lost time with a detached bonnet.

It was Solberg’s first rally in America and his first 4WD event on gravel.

Before the event, Oliver Solberg’s team announced he wished to be known as Swedish, unlike his Norwegian World Rally Champion father Petter.

Some first comments at the end of the @100AW Rally! Really happy with this result, and had an amazing time driving on these roads with @srtusa for the first time! 😁 pic.twitter.com/JVwAyGlIT1

Event winner was Barry McKenna in a Ford Fiesta Turbo special, who was chased hard by Solberg and finally only won by 6.8 seconds.

Higgins finished third in front of Piotr Fetela in a Fiesta Proto.

The rally was run in mixed conditions as a result of flooding before the event.

🚨#BreakingNews
17 year-old Oliver Solberg earned a well deserved P2 on his debut with #Subaru at the 100 Acre Wood Rally!