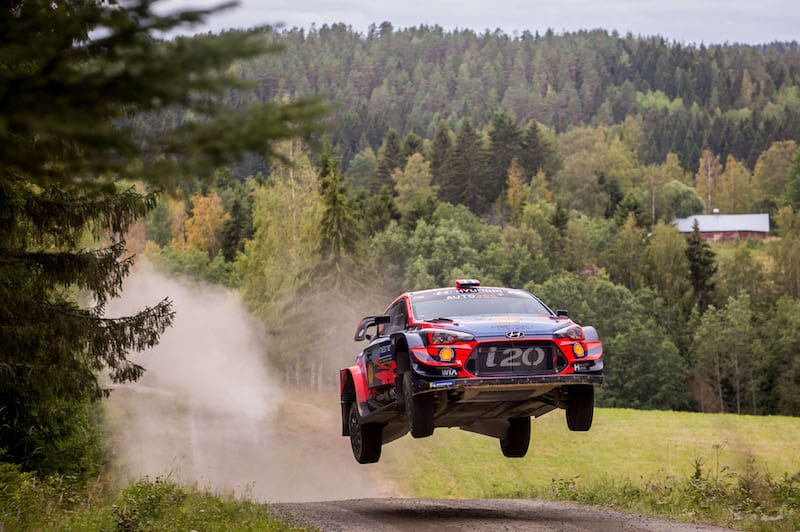 Ott Tanak takes the first steps in the defence of his FIA World Rally Championship title this week when he tests a Hyundai i20 WRC for the first time.

Hyundai kick-starts preparations for the 2020 season with Tänak’s team-mate Thierry Neuville scheduled to be first into the French Alps on Wednesday (4 December) in preparation for next month’s Rallye Monte-Carlo.

The Estonian steps aboard the test i20 on Thursday with Sébastien Loeb driving on the team’s final day on Friday.

Toyota Gazoo Racing also begins its preparations on Wednesday, with its all-new line-up of Sébastien Ogier, Elfyn Evans, Kalle Rovanperä and Takamoto Katsuta all driving the Yaris WRC between December 4 and 10.

M-Sport Ford World Rally Team is still finalising its 2020 squad and will carry out its Rallye Monte-Carlo test next month.

Hyundai Motorsport director Andrea Adamo is looking forward to seeing new world champion Tänak at the wheel of the championship-winning i20 for the first time.

“We are really excited to hear his feedback,” said the Italian. “Ott didn’t drive the car at all before this week. It’s his first time and we want to discover how it is.

“We are all looking forward to working with him and it’s great to get the input into the car from another top driver. We saw that when Seb [Loeb] joined us at the start of this season.”

Ahead of the test, Tänak has requested a variety of set-up solutions but the team wasn’t willing to go into details.

Tänak and co-driver Martin Jarveoja join Hyundai after two years at Toyota, meaning next month’s Gap-based opener will be his third new car in four years after he joined the Japanese giant from M-Sport Ford in 2018.