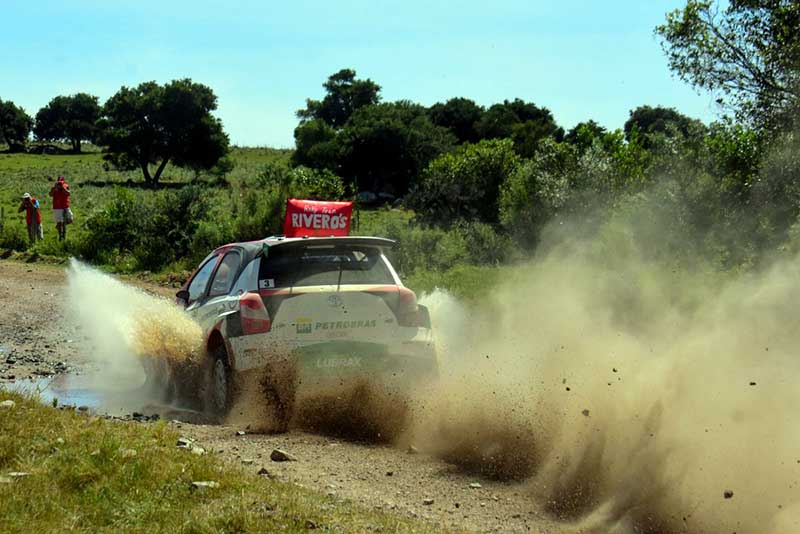 40-year old Alejandro Galanti’s win in last weekend’s Atlantico Rally in Uruguay has given him the FIA’s 2019 regional Codasur Rally Championship by a single point.

His Toyota Etios R5 beat the Hyundai i20 R5 of fellow Paraguayan Diego Dominguez, not only on the rally, but also in the championship.

Third on both the event and the series was the VW Polo GTI R5 of six times Codasur champion Gustavo Saba, also from Paraguay.

The Etios R5 is homologated by the FIA on a regional basis and was developed in a joint venture from France and Paraguay.

The Galanti family has been has a major force in South American rallying for a generation, led by father Marco senior, and later by Alejandro’s older brother Marco Junior.