TER and ARA – a tale of two new rally championships 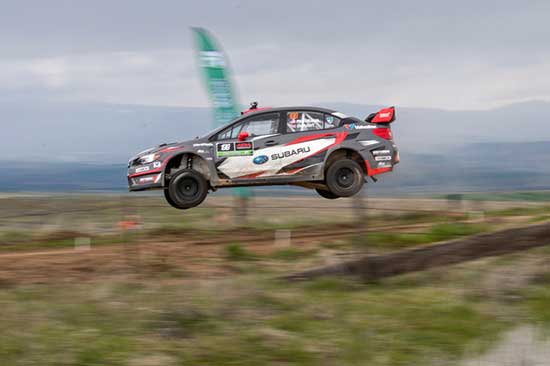 The Tour European Rally (TER) got off to  a quiet start in 2016 as a rally series aimed at providing a purpose in European rallying which was not available elsewhere.

Four events were run, all won by different drivers, the title being decided in favour of Simone Tempestini by counting the number of stage wins the driver had scored.

A notable qualifying event in the 2016 season was Madeira Rally, a long-standing international rally which had found itself uncomfortable with the commercial aspects of the European Rally Championship. And this year another ERC defector, Ypres Rally in Belgium, joined the TER ranks. 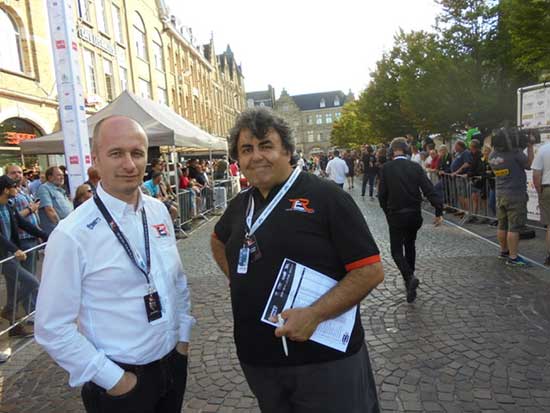 They had also been disillusioned by the remarkable abstention of top regular ERC drivers from their event in 2016.

Luca Grilli is the promoter of the TER and was delighted that the arrival of the very well respected Ypres event had brought a lot of attention.  He told us he wanted the TER series to have a new “excellence in the events, in their location, and in its competition”.

He wanted to start low in profile and step by step grow towards the target.  He sees the TER like a community where organisers of events, the drivers who participate in the series, and the local communities of the events, all work together.

The promotional association of rallying with visually interesting locations is one objective.  Space in prime TV time is another, as is the connection with famous local activities, with regional cooking displays already playing its part.

Grilli recognises the limits of the European Rally Championship as being able only to work with Eurosport.

“I work with Eurosport, but I am not in competition with them because our project is different.  For me it is important not to have their restrictions.”

Working in international motorsport demands its own controls.

“At the end of last year we asked the FIA to approve our series and with the collaboration of all of the six different federations which have events in our championship, which they have done.

“I think it is important not to create a big rivalry, but we want a stable profile.”

This is a series designed to be attractive to competitors of different financial backgrounds.

“It is not only a championship for those with a lot of money.  I don’t want the TER to be a big money scene for the events, for the driver, for the team.   The base of TER is to create a brand.

“Unlike the ERC, our business model is not to concentrate on the financial connection with organisers.   For us the cost for TER is the TV production.  Our method of working is different because we have different interests.

“ERC is run on behalf of the FIA, but with one TV channel.   We work in a different model because we are the promoting organiser and we want a big, wide collaboration.  So it is different.”

A new idea is already taking shape, incorporating historic cars into the series, all part of wanting to make the series attractive, perfect for gentleman drivers.

“We have many requests already, and I think we want to have two historic car events, maybe a couple of events separate from TER to start with, but we will want to do eight events in the historic category,” he said..

Meanwhile, on the other side of the Atlantic there has been another new series running rallies in North America.

In recent years Rally America has been the premier series in the United States.  Subaru USA had been the primary force in USA rallying and led the decision for support for the new rival American Rally Association (ARA) series, run by Tim O’Neil.

To a greater extent than in Europe, the ARA saw a big change of allegiance for rally organisers, with five of last year’s eight Rally America events deciding to move.

For 2017 the new ARA series included one round in Canada (requiring a dual national federation sanction), while Rally America continued, supported by a strong secondary regional level activity.

They continued with the remaining three events, plus several new events, some run for the first time.

The reason for the change was explained by Subaru Rally Team USA VP Chris Yandell: “Mainly it involved the back end of organising and insuring rallies, especially the costs of insurance and for other assets which the sanctioning body provides,” he explained.

O’Neil and his colleagues also had different ideas on how to run things from a sanctioning body perspective.