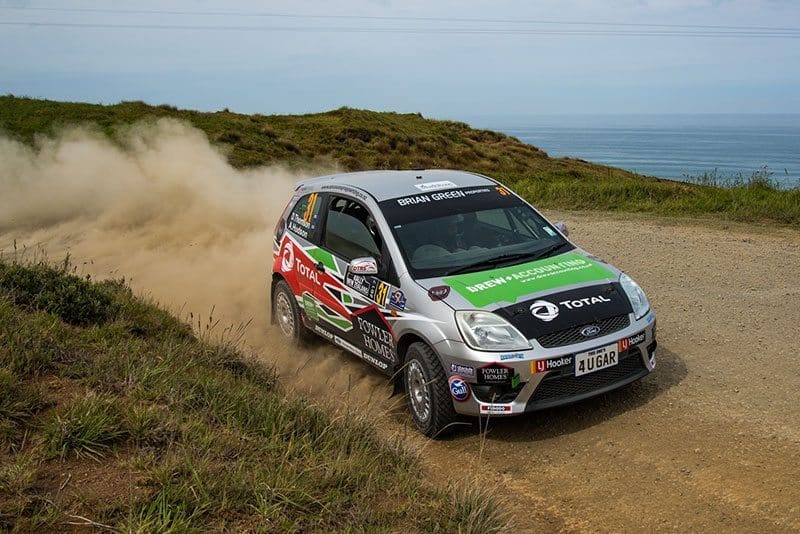 Dylan Thomson has put in a huge performance at the final round of the Brian Green Property Group New Zealand Rally Championship, Rally New Zealand, with a top-ten outright result securing him three national titles.

With his Total Lubricants Ford Fiesta largely underpowered against the Open class cars, he was focussed on securing the NZRC two-wheel drive title. But the nimble Fiesta performed well and Thomson entered the first service as the leading two-wheel drive car outright and right in contention.

A storming run through the infamous Whaanga Coast saw Thomson lower the two-wheel drive record, ironically set in the same car by Ben Hunt. The record breaking pace was timely, with the stage doubling as the Power Stage with the 22-year old securing a full compliment of bonus points.

Ending the day, Thomson was not only the leading two-wheel drive car, but inside the top 15 overall. With junior points awarded at the end of the opening day, Thomson secured the title and added his name to a list that reads like a who’s-who of New Zealand Rallying that includes six now overall champions.

Day two saw plenty of focus for the young pair, who knew that staying in touch rather than huge risks would bring the ultimate reward. Showing maturity beyond their years, they steadily climbed further up the leader board, to come home eighth overall and first two-wheel drive car.

“Honestly we couldn’t ask for any more, we literally wrapped up everything we could. We had a pretty dream run and it was great to beat one of Ben’s old record in the same car,” says Thomson.

“It was the perfect way to round out a pretty damn good season for us and I really have to thank my team and all our sponsors who have made it happen, because we literally couldn’t have done it without them.”