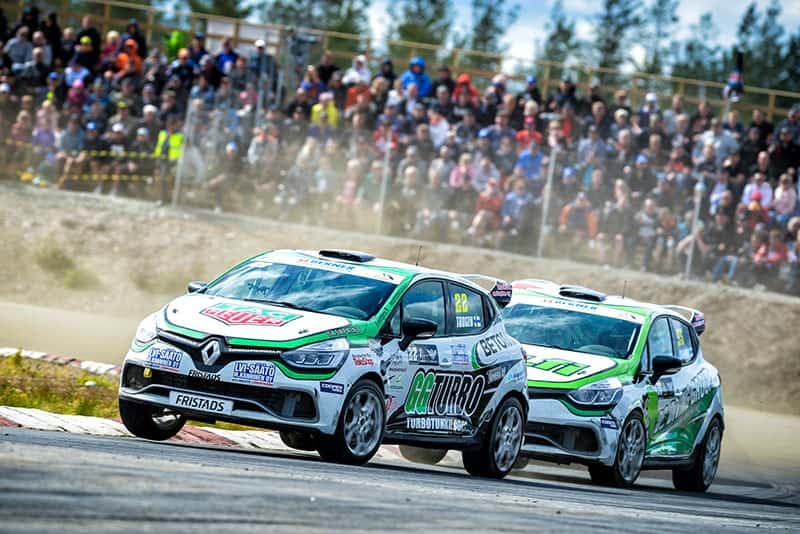 Australian teenager, Troy Dowel, and New Zealander, Sloan Cox, have finished fourth in their semi-finals of the RX Academy in Europe.

Finnish driver Sami-Matti Trogen (#22) became the eighth different RX Academy winner by claiming victory in round three at Jalasjarvi to move into the points lead [August 11].

Starting his weekend with fastest time in both Free Practice and Q1, Trogen qualified top of the Intermediate Classification, won semi-final one and fended off a strong challenge from round two winner Oskar Leitgeber (#3) at the start of the final to score his first win, having finished second four times previously.

Leitgeber, who entered the Jalasjarvi event at the head of the points, set the fastest time in Q3, won semi-final two from the second row of the grid and finished second in the final. The Polish driver is now just four points behind Trogen in the standings with two rounds of RX Academy remaining.

Third for the second time in as many rounds was Estonian Marko Muru (#27). Second fastest in Q2, Muru qualified on the second row of the grid for the final in the single-make category for factory-built Renault Clio RS RXs before producing one of the overtaking manoeuvres of the event, running side-by-side with round one winner Jimi Kalliomäki (#95) for three-quarters of a lap mid-race to claim the final rostrum spot.

Second, fourth and then third in qualifying, then fourth in the final for Kalliomäki maintained his third spot overall in the standings, but he was run close to the finish by Isak Reiersen (#70). The young Swede delivered his most accomplished performance to date and was fastest of all in Q2. Second in the Intermediate Classification, Reiersen battled through semi-final two after a difficult start and joker lap to finish fifth in the final.

Finn Jussi-Petteri Leppihalme (#9) deputised for Russian Marat Knyazev (#96), who had travel complications getting to the event. Making his first start in RX Academy of the year, Leppihalme retired from sixth in the final on lap three with a front right puncture. 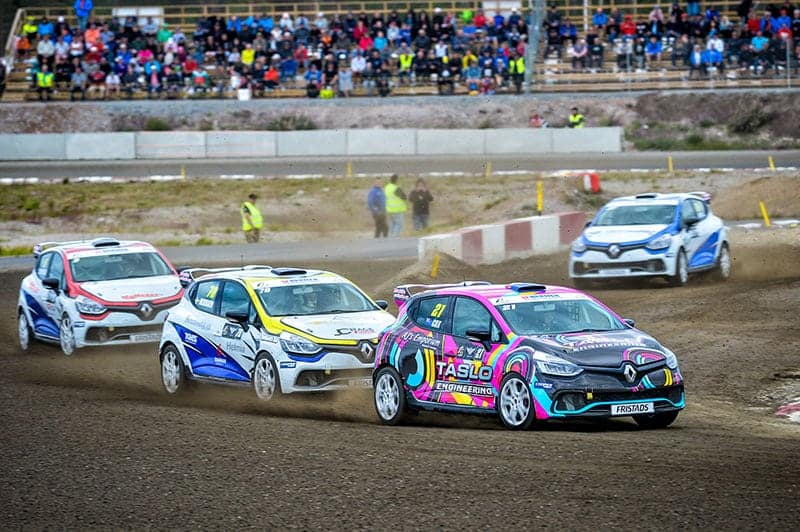 Australian Troy Dowel (#87) set a best time of third in Q2 and pressured Leppihalme hard for track position in semi-final one after clipping a bank in the joker lap section, but just missed out on a place in the final. New Zealander Sloan Cox (#21) made a poor start in semi-final two and dived straight into the joker at the first opportunity. He crossed the finish line at the conclusion of the fifth lap just behind Reiersen.

Before the race weekend at Jalasjarvi, the RX Academy drivers took part in a compulsory mid-season test and training day, with a focus on physical training and reactions.

“It was a really good day for me, I’m very satisfied with the result. It’s been a very tight day with very tough racing. I was pushing hard in the final to try and build a gap to the other drivers. It’s really good to be leading the championship now, but of course I will aim to win every race. It will be good to drive in Kouvola next, I have been there a couple of time in crosskart, it’s a really nice track.”

“It was a bit hard to come from the back row of the semi-final to second, but I did it. The hardest thing in the final was the start for me, I lost some time there that didn’t make it so easy. Being disqualified from Q2 and then getting back into it with first place in Q3 was tough and then to win the semi-final was really good. In the next races I need to try to be in front of Sami-Matti and push hard every time.”

“To have had eight different winners from the eight RX Academy rallycross rounds we have run since the concept was launched for 2017 is not only pretty amazing, but just shows that the drivers are operating on such an equal level. Sami-Matti finished second on his RX Academy debut and has been runner-up four times. It was his time this weekend and his drive in the final was the icing on the cake for him. The pre-event test went really well, and the drivers all enjoyed the training day. The racing in Jalasjarvi was mostly fair and we’re looking forward to being straight back to action in just two weeks at Kouvola, one of the best circuits on the calendar.”