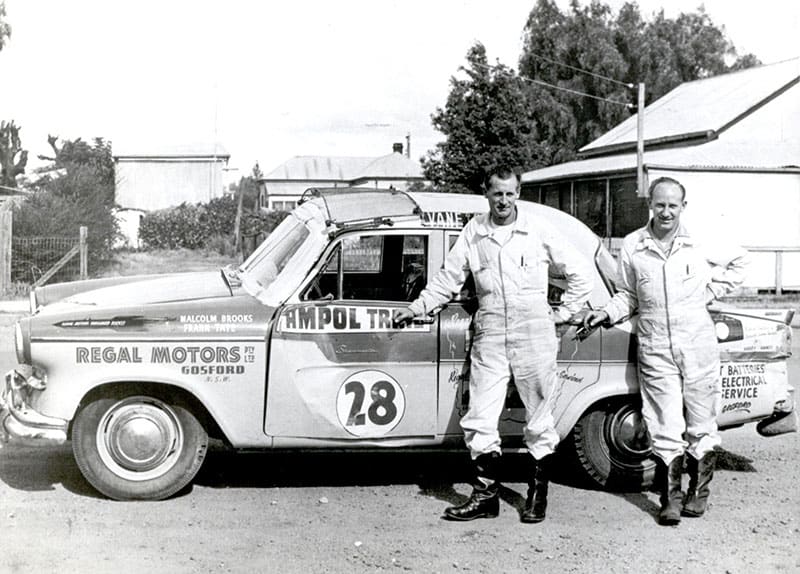 Malcolm Brooks, a podium placegetter in the 1955 Redex Trial, has died at the age of 90.

Brooks drove a Vanguard in three Round Australia Trials, also finishing seventh and winning his class in the 1956 Mobilgas Trial, and sixth outright and second in class in the 1958 Ampol Trial.

A keen speedboat racer in his early days, Brooks later owned a car dealership in Gosford, was a member of the Legislative Assembly in NSW and Liberal Member for the Central Coast.

He was Chairman of the Motor Traders Association during the 70s and 80s, and received an OAM in 2002 for services to the community.

He was also an accomplished pilot.

“The Prime Minister, Scott Morrison, rang his wife, Tricia, at Gosford Hospital on Wednesday last,  but Malcolm was not fit to speak to him,” good friend Hal Moloney said.

RallySport Magazine passes on its condolences to Malcolm’s wife, Patricia, and his family and friends. 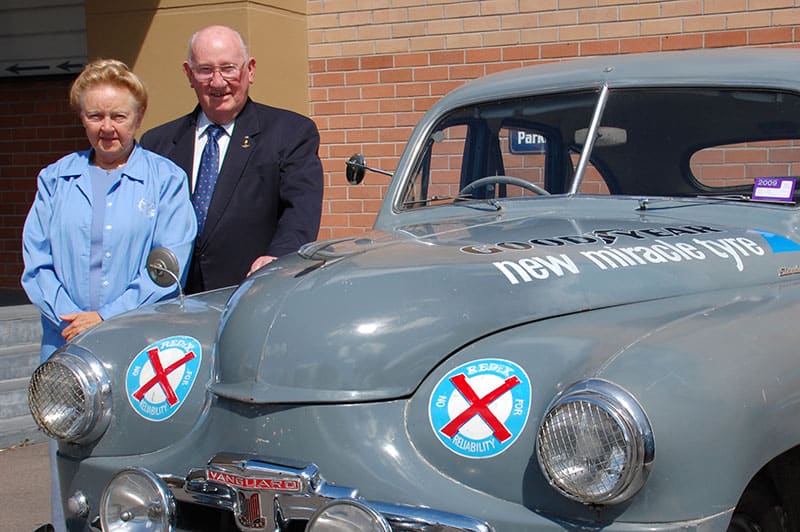 Malcolm Brooks and his wife Patricia with a Redex Trial Vanguard. Photo courtesy of Hal Moloney